Over the last ten years, many suspended footbridges have been installed in French-speaking or Western Switzerland and in particular in the canton of Valais. There are currently 11 of them located in French-speaking Switzerland. The only truly ancient footbridge is the Niouc footbridge built in the 1920s to transport water from one side of the Ricard Gorge to the other in the Val d’Anniviers. The others are very recent.

Of the 11 footbridges, 6 are accessible in less than 15 minutes of walking. These are the ones visited by the Torpille team. These are the bridges listed below:

The Torgon footbridge connects the two parts of the town of Torgon. It avoids a detour by road and is located on a footpath between Chur and Saint-Gingolf in 34 stages.

The Torgon footbridge from the east side.

A video on the path of the Vièze Gorges.

The footbridge of the Vièze is located along a loop around the Vièze Gorges.

The footbridge of the Vièze river from the east side.

The route along the old Savièse bisse includes four footbridges, each 90 metres long. This free tour allows you to discover how water was brought to the village of Savièse from the 16th to the beginning of the 20th century and is a wonderful idea for a walk.

One of the four footbridges along the old Savièse bisse.

A video of the bisse of Saviève.

The Niouc footbridge connects the two sides of the Ricard Gorges. Built in 1922, it is the oldest footbridge in French-speaking Switzerland. It was used to carry water and livestock across the river.

Today, a company offers bungee jumping from the middle of the bridge and a zip line that connects the two sides of the gorges.

The Niouc footbridge sometimes called the Spider Bridge from the eastern flank of the Ricard Gorges.

A video on the activities proposed at the Niouc suspension bridge.

The Diablerets footbridge called “Peak Walk by Tissot” connects the summit of the Scex Rouge at an altitude of 2973 metres to another neighbouring rocky peak. It is accessible by the Glacier 3000 cable car which leaves from the Col du Pillon and costs 60 francs for an adult to go and return.

The Farinet footbridge crosses the Salentze Gorge between the municipalities of Saillon and Leytron in central Valais. It takes its name from a former counterfeiter of the region in the 19th century who became mythical in the region. The footbridge is on a walk in the vineyard.

A video on the Farinet footbridge and the via ferrata called Farinetta.

Mapping of the footbridges

The following link shows the geographical location of the footbridges in French-speaking Switzerland. 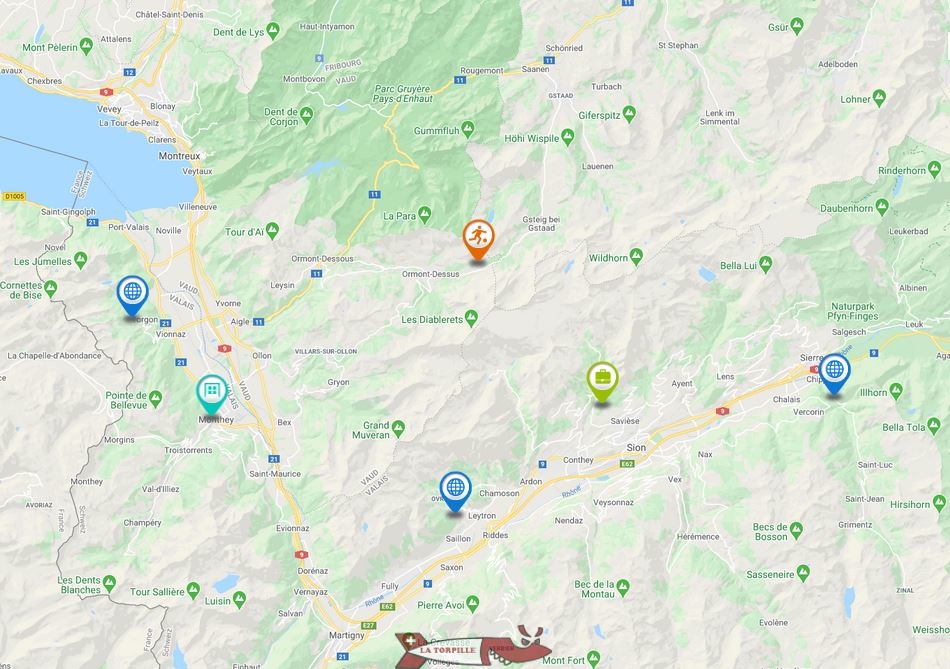 What is the longest hanging bridge?

What are the hanging bridges with the highest void?

What is the paid hanging bridge?

What is the hanging bridge with an activity?

Which are the least interesting pathways?

The 5 other suspended footbridges in Western Switzerland

Five footbridges in French-speaking Switzerland require at least a half an hour’s walk to get there. These footbridges have not been visited by the Torpille team. 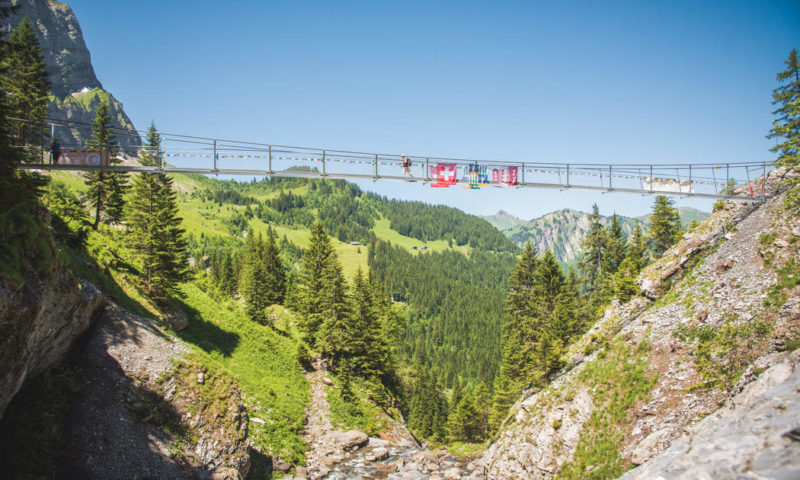 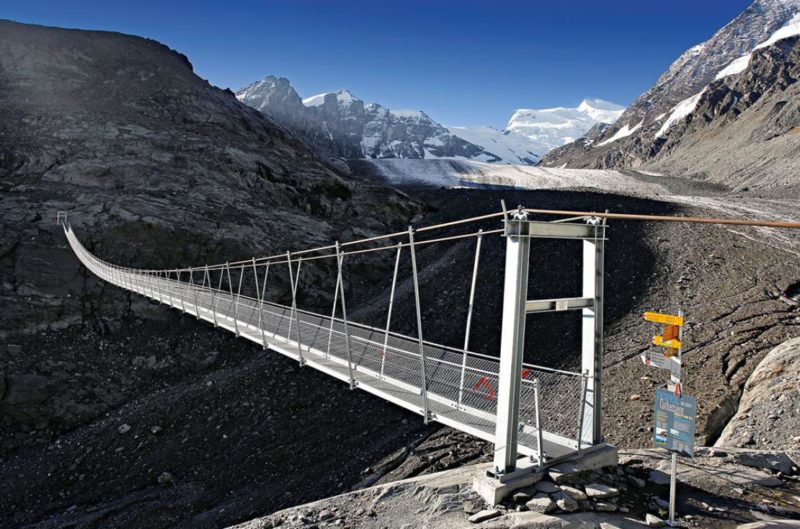 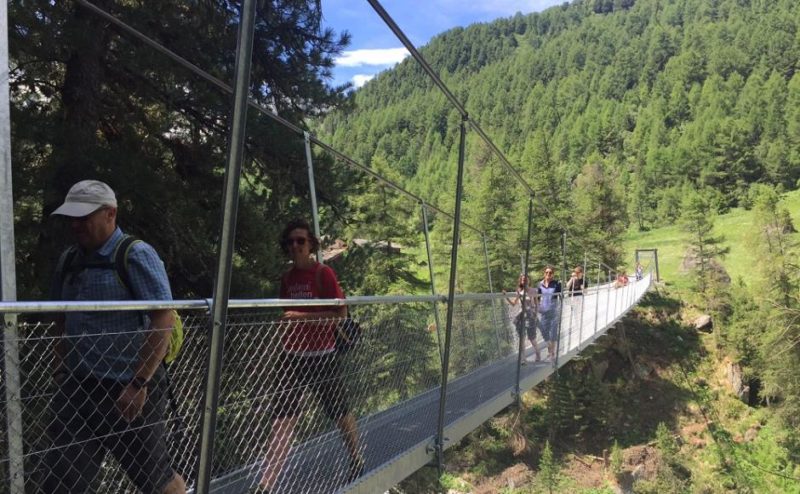 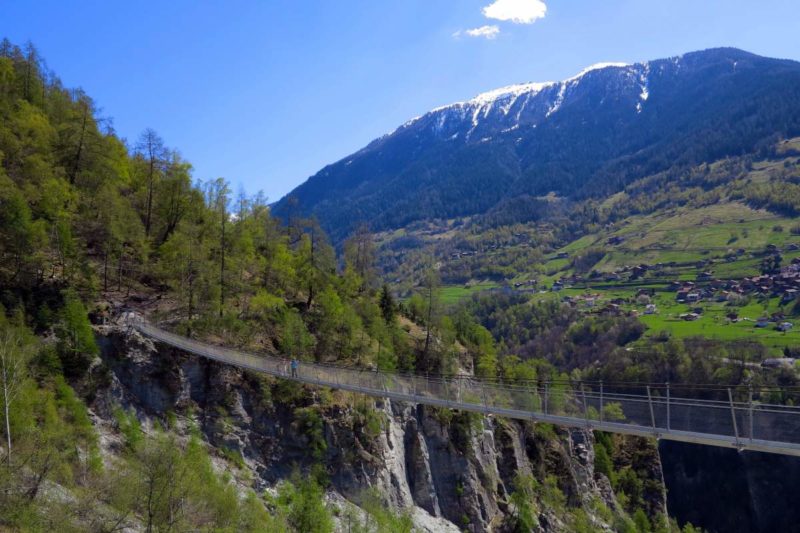 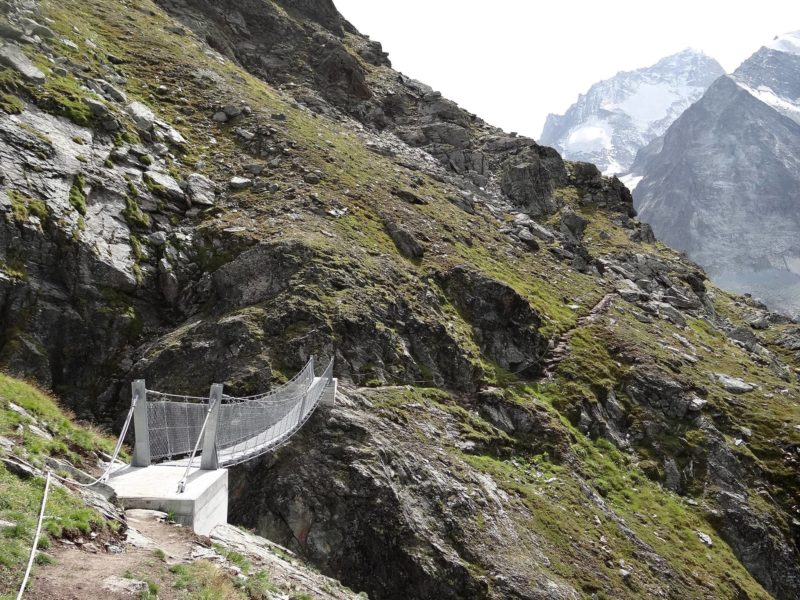 The longest hanging bridge in the world

The longest footbridge in Switzerland is the very impressive Europaweg bridge in Randa near Zermatt with a length of 495 metres, built in 2017. It is even the longest pedestrian bridge in the world.

a video on the world’s longest footbridge