The Aubonne castle is a medieval castle located on the Vaud coast between Rolle and Morges.

The 17th century keep seen from the car park. 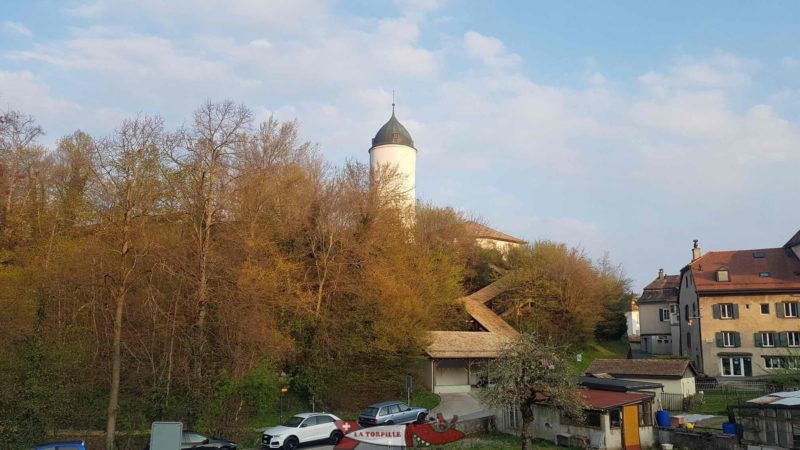 Large parking available at the north of the castle, next to the pool.

The castle of Aubonne was built in the 12th century, it was successively occupied by:

The keep, built on a rectangular base, was transformed in the 17th century by its owner, the Frenchman Tavernier (1605-1689), into a round tower to remember his eastern stays. The foundations of the old keep at the base of the current tower can be seen.

The castle tower with the base of the old keep. 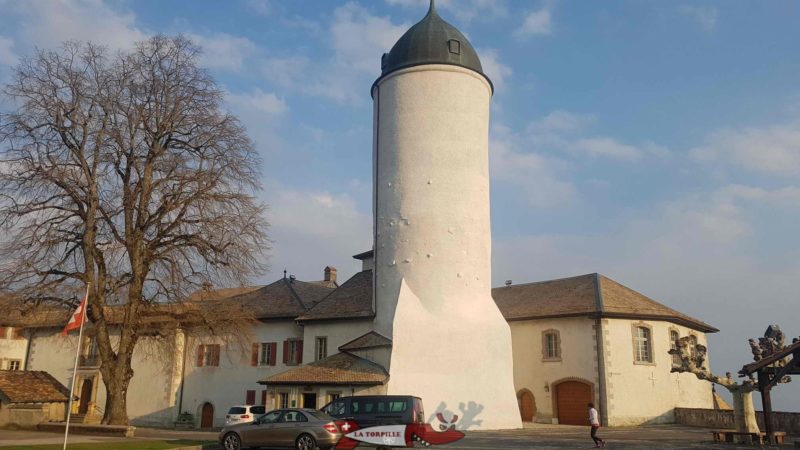 The castle of Aubonne is not open to visitors except for its pretty inner courtyard.

the inner courtyard of Aubonne castle. 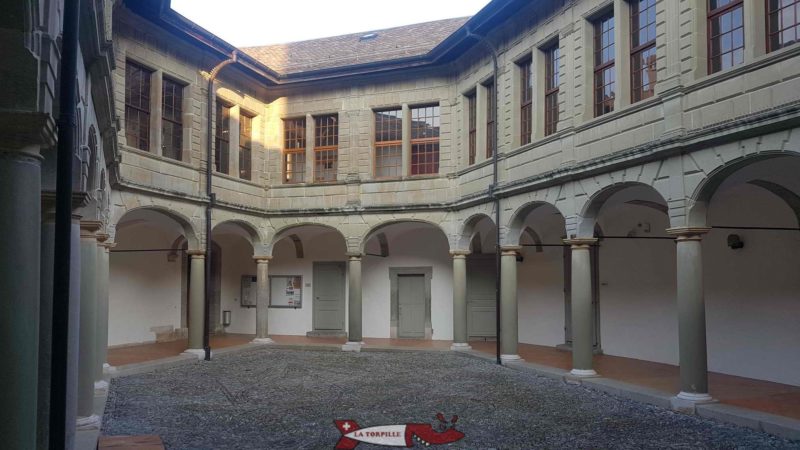 An aerial view of the castle. Source: Wikimédia Commons. 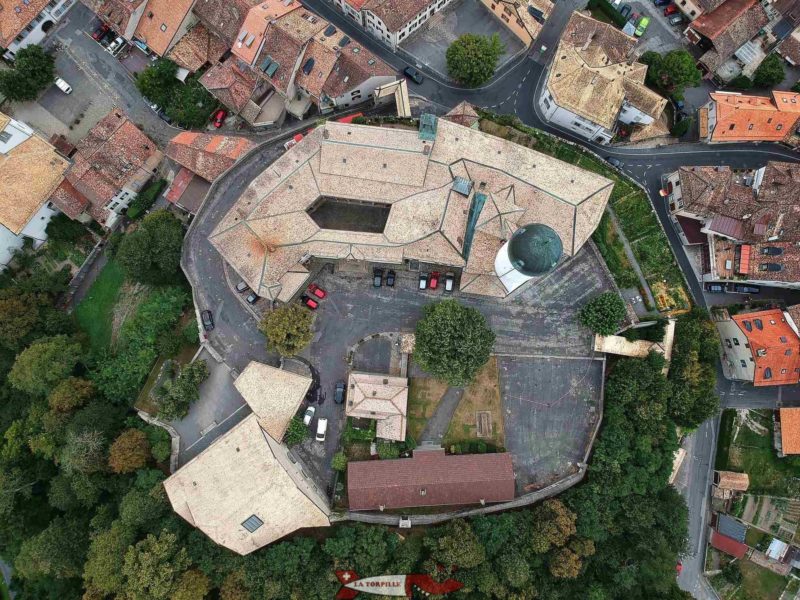 A drone video on Vufflens Castle.