The Bertholod tower is a circular tower covered with a roof and located in the commune of Lutry on a promontory a few steps from the lake shore.

View of the North side of the Bertholod Tower.

Creation of the tower

The tower was built in the 13th century by the Bishop of Lausanne Berthold of Neuchâtel. At that time, Lavaux was under the control of the bishopric of Lausanne, which had its headquarters in the Ancien Evêché castle (former bishopric castle) and then in 1430 at the Saint-Maire Castle.

West side view of the Bertholod Tower. 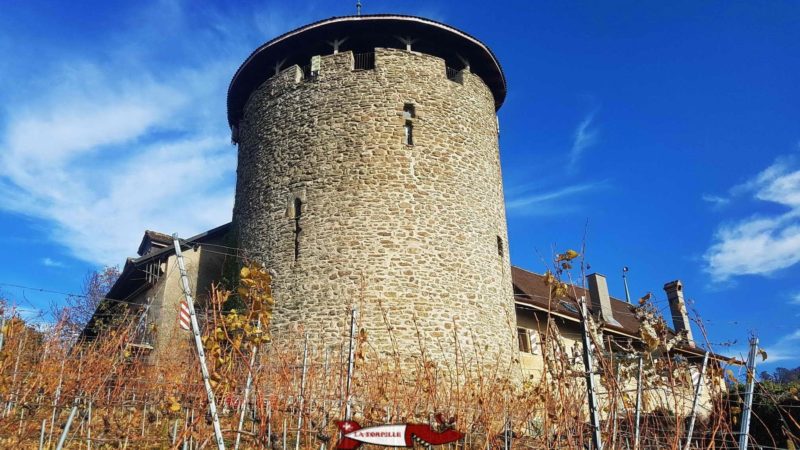 In 1536, Bern invaded the Pays de Vaud, seizing all the possessions of Savoy and the bishopric of Lausanne, which shared the occupation of this territory at that time.

Shortly afterwards, in 1545, Payerne bought the tower at Berne and surprisingly kept it even after the withdrawal of the Bernese troops following Napoleon’s attack at the end of the 18th century. The tower is surrounded by a magnificent vineyard managed by the Cave de Payerne.

View of the Bertholod Tower from the south side. 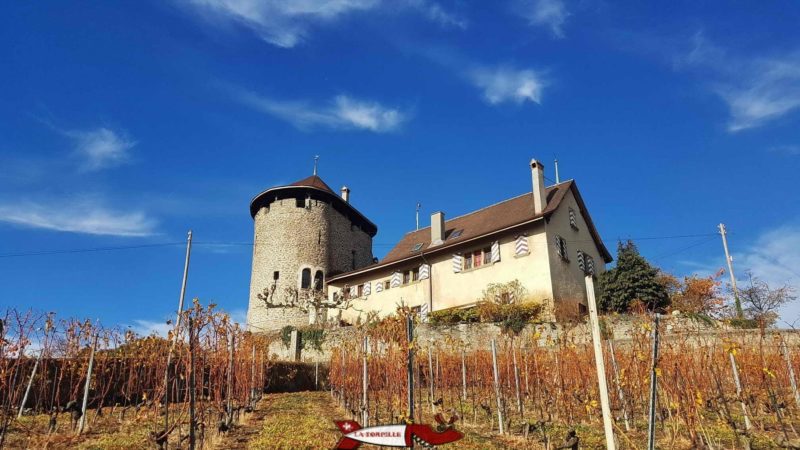 Unfortunately, the tower cannot be visited, which is obviously a great pity because it must offer a very nice view of the Lavaux vineyard and Lake Geneva.

A drone video on the Bertholod Tower.