The cathedral of Sion is located in the centre of Sion within the old city.

The cathedral of Sion seen by telephoto from Valère with the Marjorie castle in the foreground. 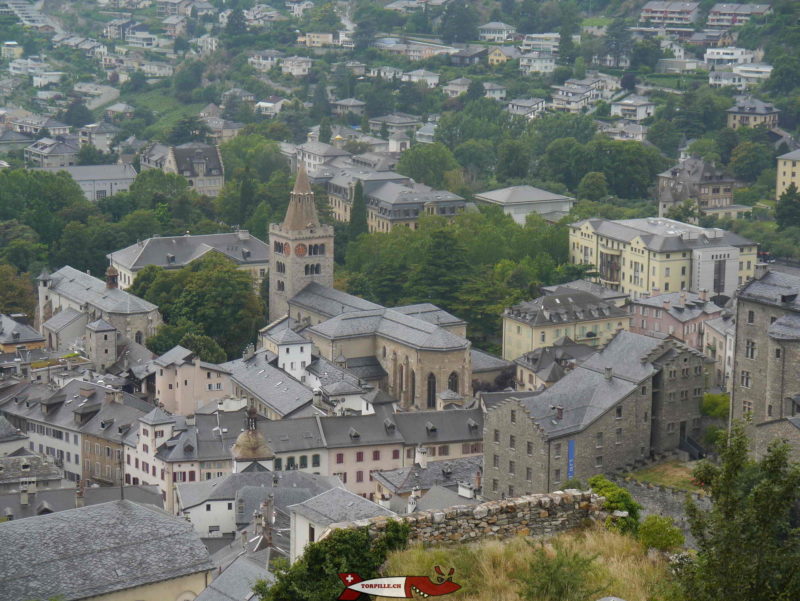 Paid parking in the city of Sion, such as “la cible” parking lot.

History of the cathedral

Sion Cathedral was built in the 15th century after the destruction of the two previous cathedrals built on the same site. It is dedicated to the Virgin Mary (vièrge Marie) and is sometimes called Our Lady of the Glarier (Notre-Dame du Glarier).

The side part of the cathedral. 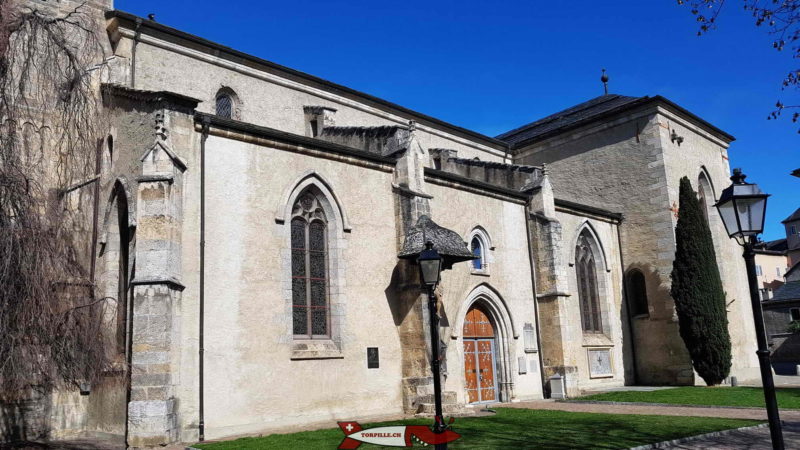 The city of Sion is the seat of the diocese of Sion, which includes the Valais except Saint-Maurice and part of the district of Aigle. It is directly dependent on the Vatican.

It is possible to enter the cathedral and observe its curiosities. Unfortunately, it is not possible to climb into the bell tower, whose bottom acts as an entrance door, as is the case for the other cathedrals in French-speaking Switzerland.

The Romanesque bell tower dates from the 12th century and comes from the primitive cathedrals. 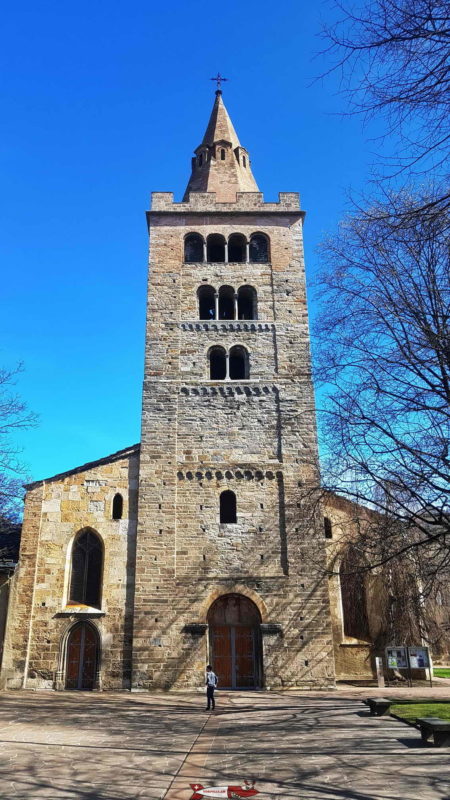 The cathedral of Sion is more like a large church than a cathedral and does not have the elegance of the other three cathedrals in French-speaking Switzerland.

The nave and the heart dating from the 18th century. 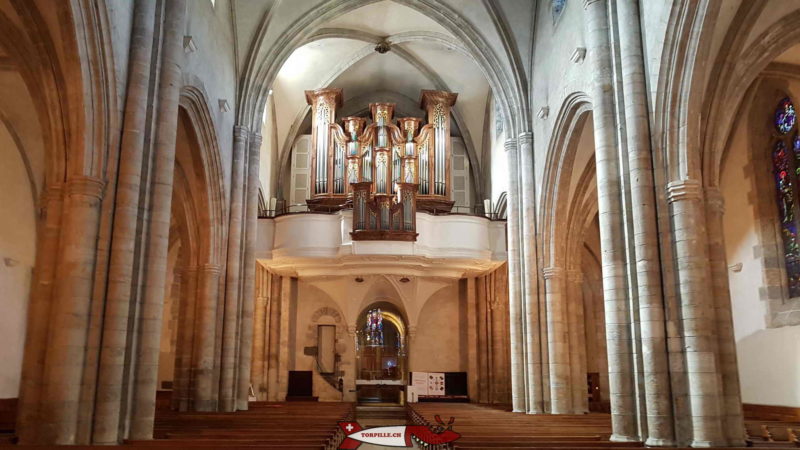 The heart with the high altar in its center and the triptych said “of Jesse” at the bottom. 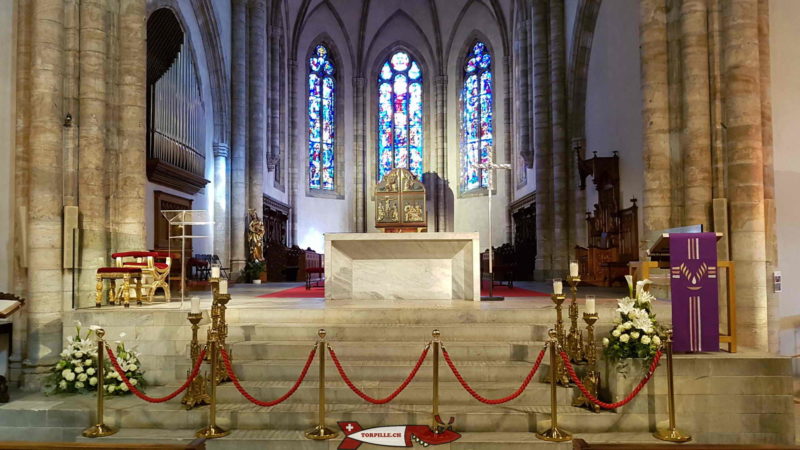 The crypt under the heart. 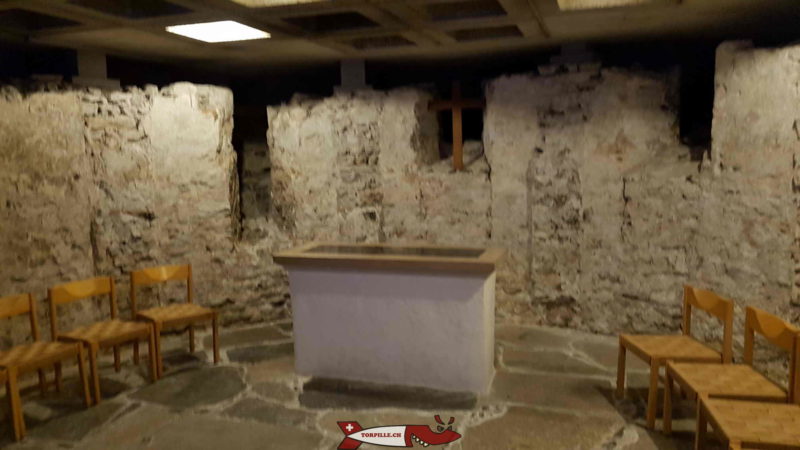 The Chapel of Saint Anthony (Saint-Antoine) behind a fence 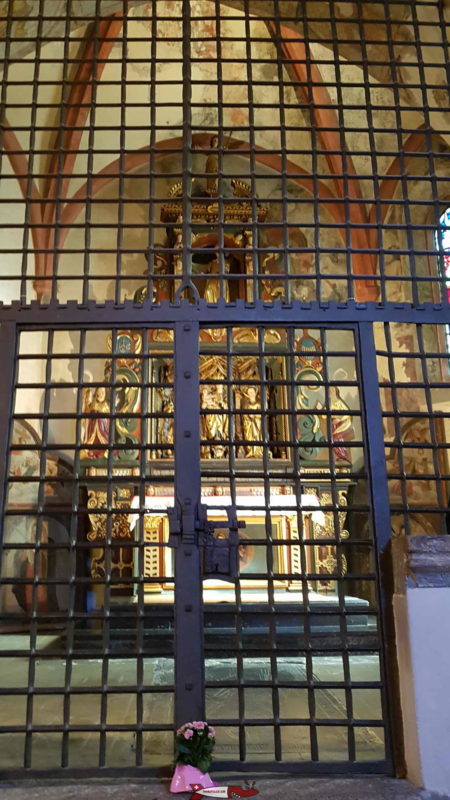 The Chapel of Saint Barbe. 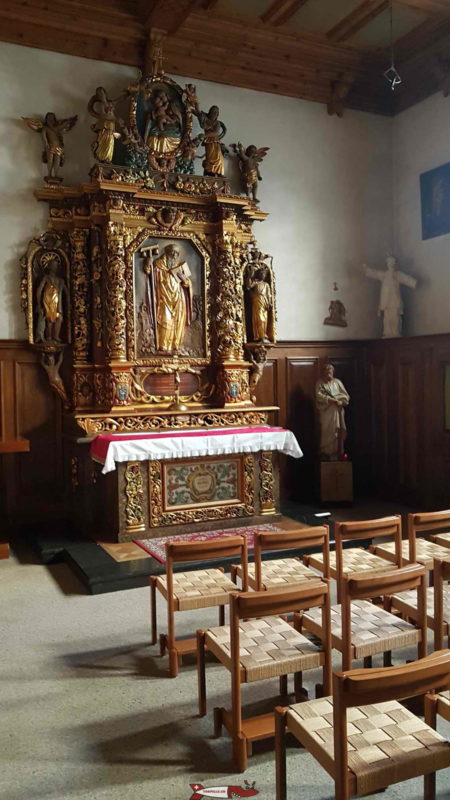 The other cathedrals of French-speaking or Western Switzerland are located in the diocese of Lausanne, Geneva and Fribourg. Two of them are Protestant, Lausanne and Geneva, and one is Catholic, like the one in Sion, in Fribourg.

View from the bisse de Mont d’Orge. The city of Sion with, the Tourbillon Castle, the Majorie Castle, the Valère basilica and the cathedral. 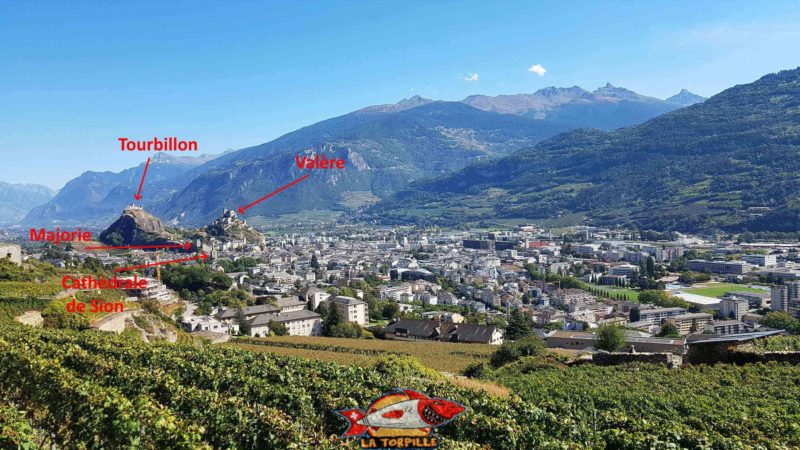 A video from inside the cathedral of Sion.