The Caves of Vallorbe are the largest caves in Switzerland, they have been formed by the Orbe River over the centuries and the erosion of the limestone rock. A signposted route allows the visitor to visit several rooms with the help of a paper guide or an application on Iphone or Android.

The tumultuous waters of the Orbe River inside the caves.

Parking 500 meters away from the entrance of the cave. You just have to go up the course of the Orbe River to get to the cave entrance.

The Orbe River that flows out of the Vallorbe caves. The water comes from the lake of Joux.

The entrance fee to the Vallorbe caves (closed in winter) is as follows:

Known since the 19th century, the Vallorbe caves were first explored in 1961 with the improvement of diving equipment and quickly opened to the public in 1974.

The visitor discovers during the signposted route only a small part of the huge Vallorbe Caves. He/she will be able to admire the famous stalagmites or stalactites formed by the action of the drops of water and limestone over the course of time, as well as the “cathedral”, the largest room that the visitor can see with a height of 30 metres.

A mushroom-shaped structure formed by the action of water and limestone. 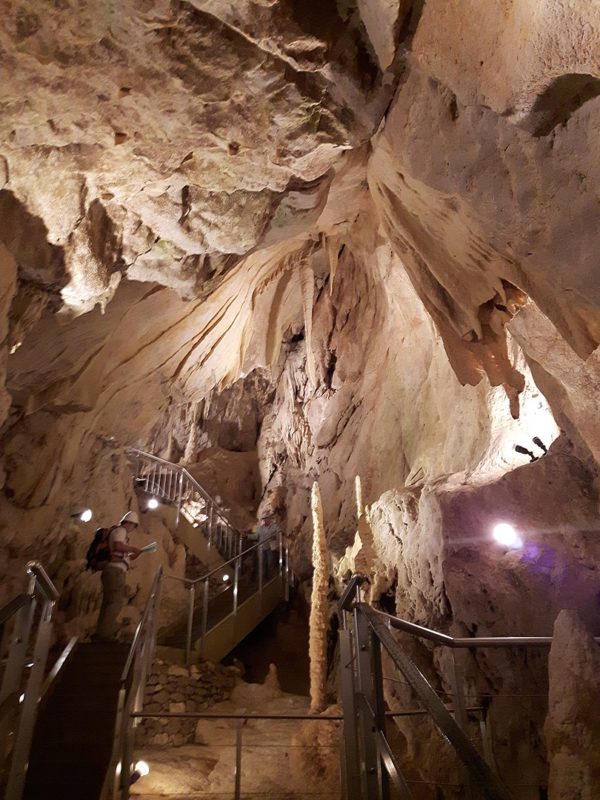 A footbridge in a cave.

A mushroom-shaped structure formed by the action of water and limestone.

Treasure of the fairies

On leaving the Vallorbe caves there is a collection of about 250 minerals from all over the world under a dome. Unfortunately, in 2018, thieves steal some of the pieces from the collection. 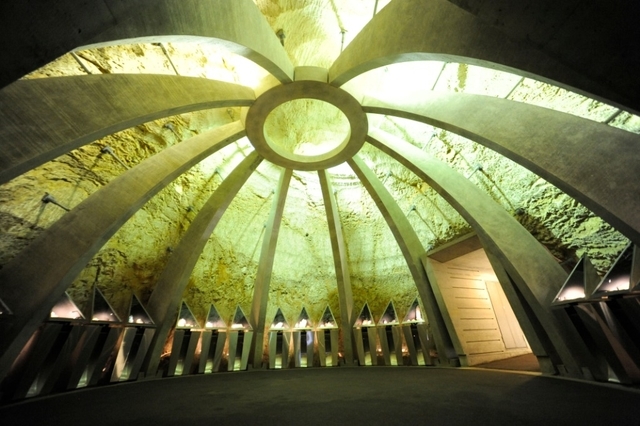 4 things to do in Vallorbe

In addition to the Caves, there are 3 other activities to visit in Vallorbe:

A map presenting the 4 activities in Vallorbe. 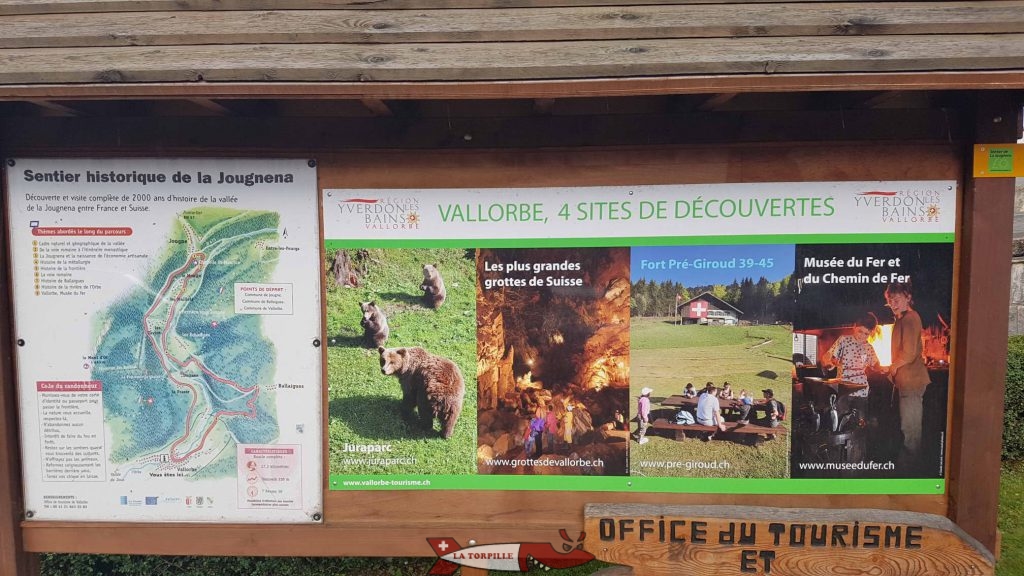 Webcam on the town of Vallorbe a few kilometres from the Jurapark zoo.

Webcam on the city of Vallorbe.