The castle of Champvent was built at the beginning of the 13th century by the Grandson family on a hillock southwest of Yverdon. It was then managed since the 14th century by allies of the Burgundians and, as such, burned down during the Burgundian Wars between 1474 and 1477. In the 18th century, the keep of the castle was lowered by about fifteen meters.

A view of Champvent castle from below.

The magnificent castle of Champvent is built according to the plans of the ” Savoyard square” as for example the nearby castle of Yverdon or the castles of Morges and Bulle. Unfortunately, it is not open to the public because it is in private hands. It is therefore of very little interest. 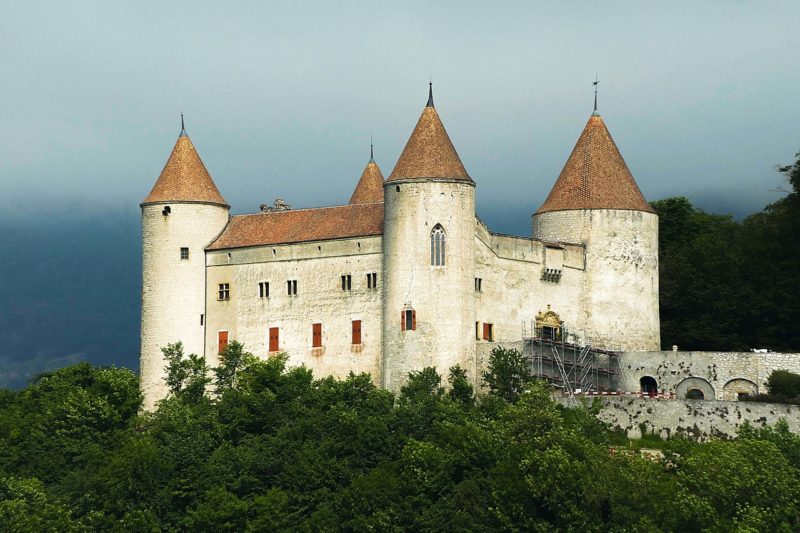 A drone video on the castle.