The Défago arcade or gallery (Galerie Défago in French) was built in 1864 at the beginning of tourism in Champéry and was intended to offer an attraction to the town. The gallery took the name of its designer, Emmanuel Défago. The term “galerie” (gallery), which can be seen painted red on a white background on the cliff, may seem more like a tunnel with an open side part. In fact, this word in Valais means “balcony”, which makes it easier to understand its meaning with the magnificent view, as on a balcony, on Champéry.

The Défago arcade from the village of Champéry. 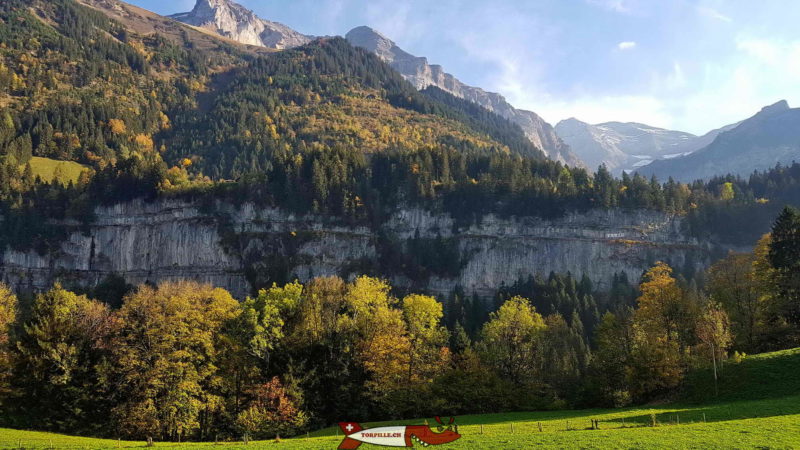 Parking available at the Rey-Bellet garage.

The Rey-Bellet garage on the side of the road going up from Monthey. 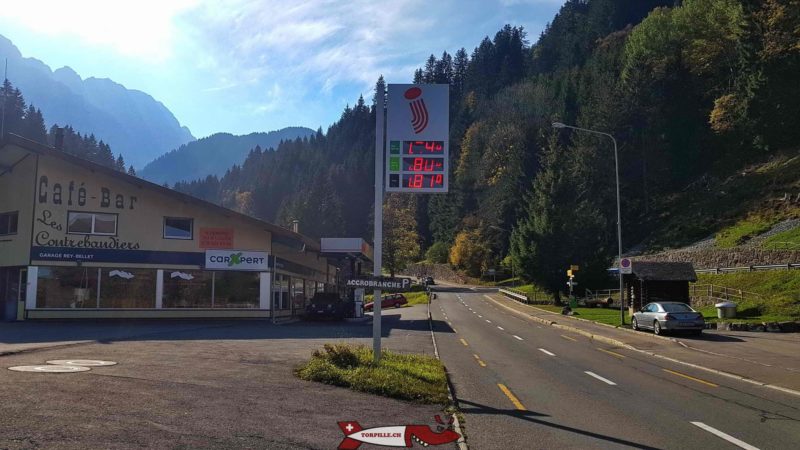 The trip consists of a loop with a starting point from the Rey-Bellet garage in Champéry. The distance is 3.8 km for about 1h45, it will take 2h15 from the cable car in the village of Champéry.

Ascent to the gallery

From the Rey-Bellet garage, after crossing the Vièze River, follow the small pebbled road and the signs indicating the direction of the “Accrobranche du Dahu” next to which you pass just before starting the gallery.

The bridge over the river Vièze and the pebbled road leading to the Défago arcade. 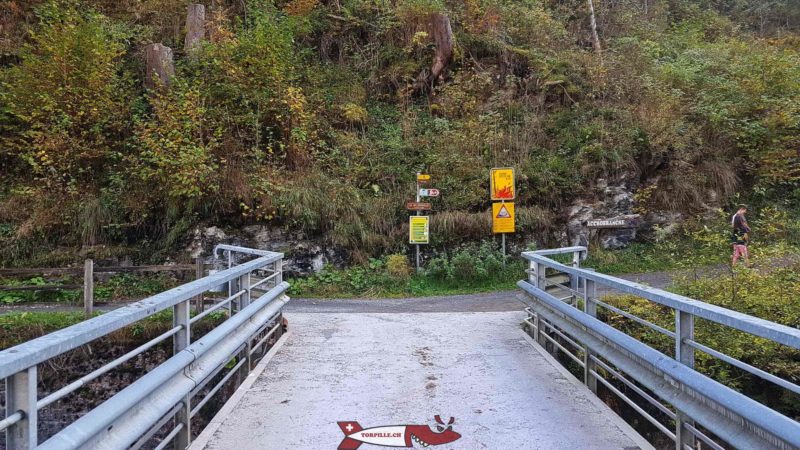 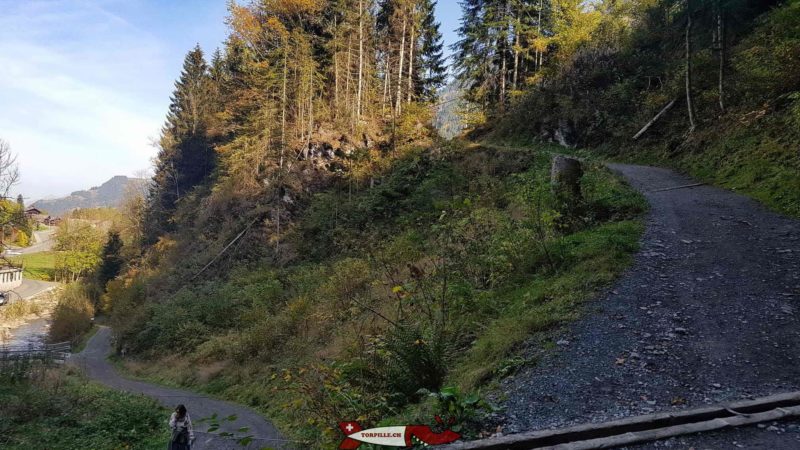 The Champery Accrobranche Adventure Park (Accrobrnache du Dahu) just before the beginning of the gallery. 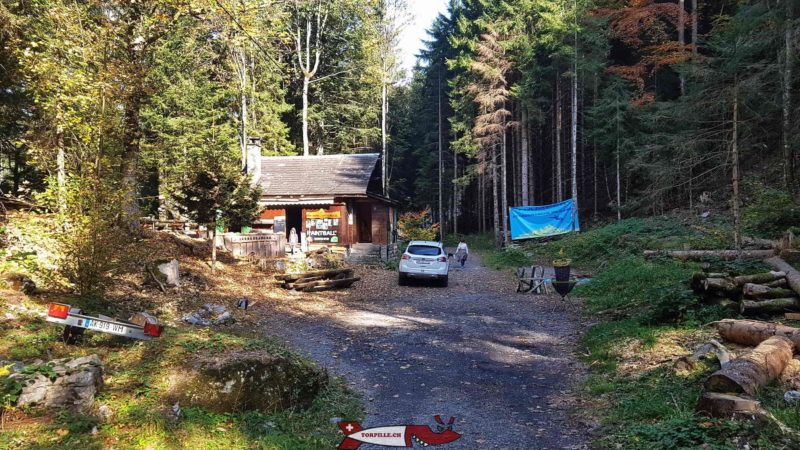 Path through the gallery

The path dug into the inside of the cliff slopes slightly upwards for about 700 metres. The path is well secured with the continuous presence of barriers. With rocky walls at the top and bottom of the path, the experience is particularly impressive.

The path attached to the cliff. 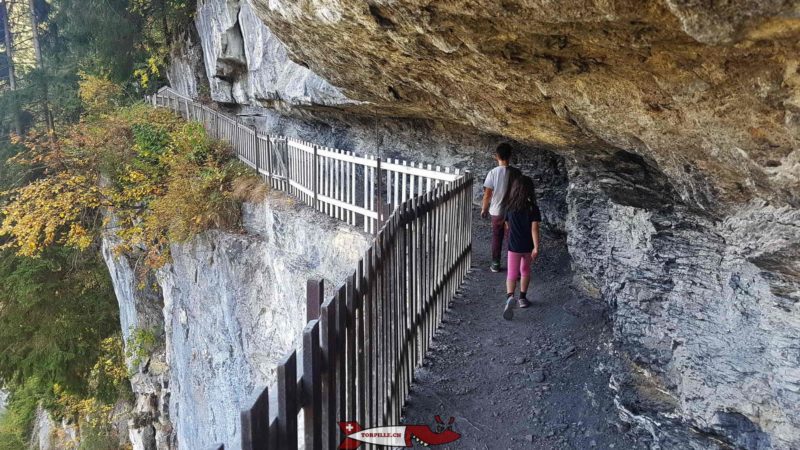 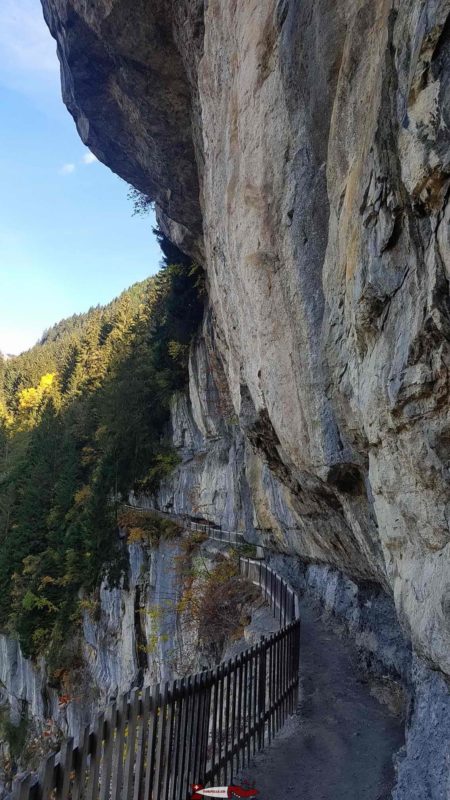 The Défago gallery offers a view of the village of Champéry but also those of Troistorrents and Val d’Illiez. Looking towards the Val d’Illiez, you can see the Vaud Alps with the Tour d’Aï, Leysin and Mont d’Or. 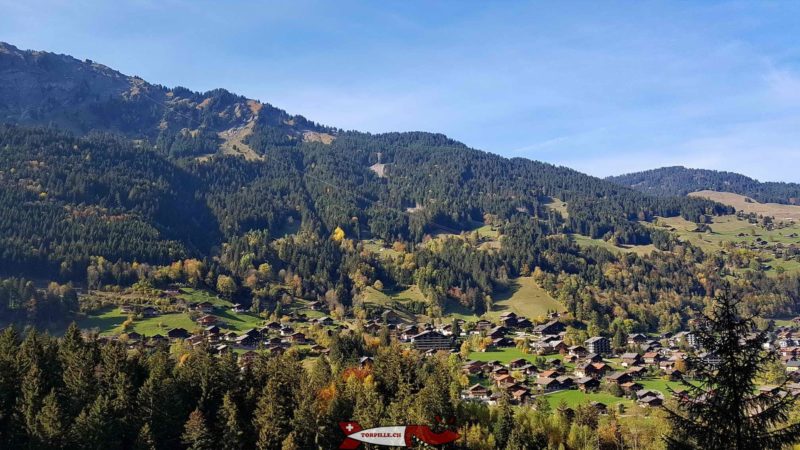 The Val d’Illiez valley with the Vaud Alps in the background. 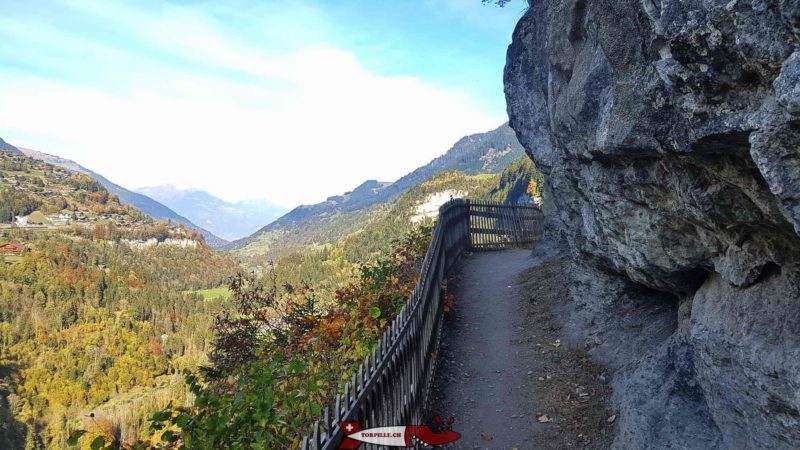 After the Défago gallery, the path climbs steeply until it reaches a paved road next to which is the Cantine des Rives restaurant. It should be noted that the small train of the Dents du Midi connects the canteen of the Rives from the Champéry cable car and can be used, in summer, to return to Champéry free of charge.

The path leading to the cantine des Rives. 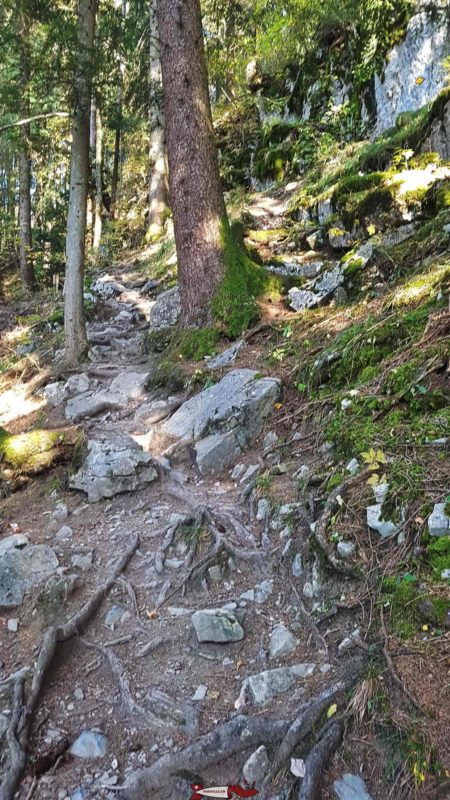 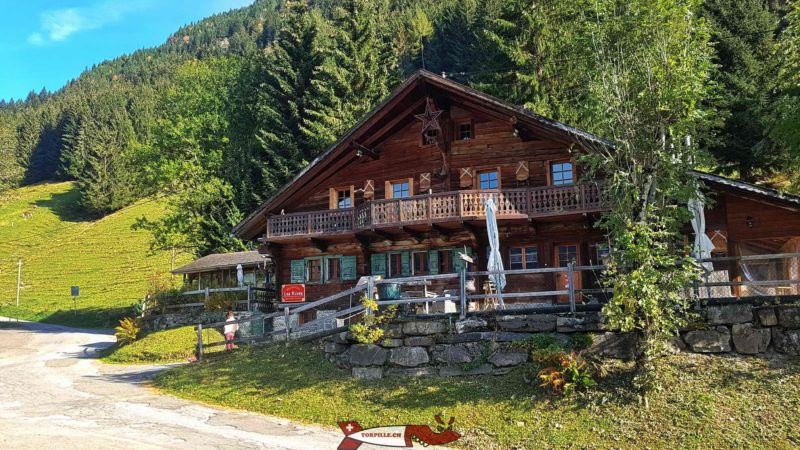 The return through the Vallon des Rives

The return begins by following, in descent, a small asphalt road winding along the pastures and passing by pretty chalets. Then, after a fork on the right, it reaches the starting point along a rocky road.

The road in the Vallon des Rives and a chalet. 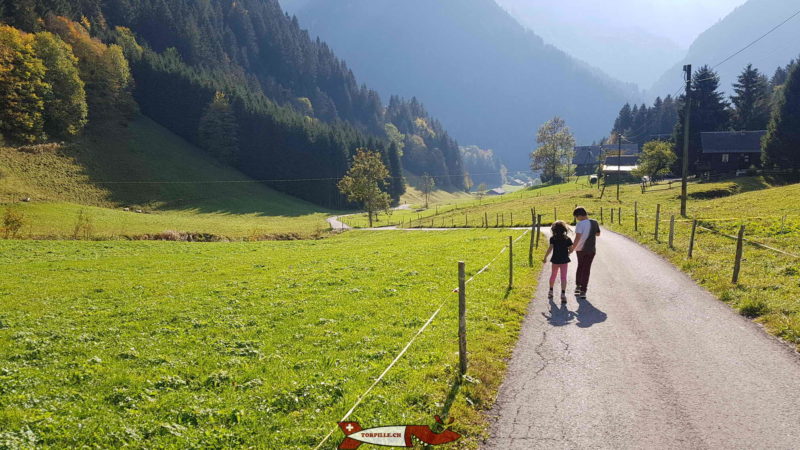 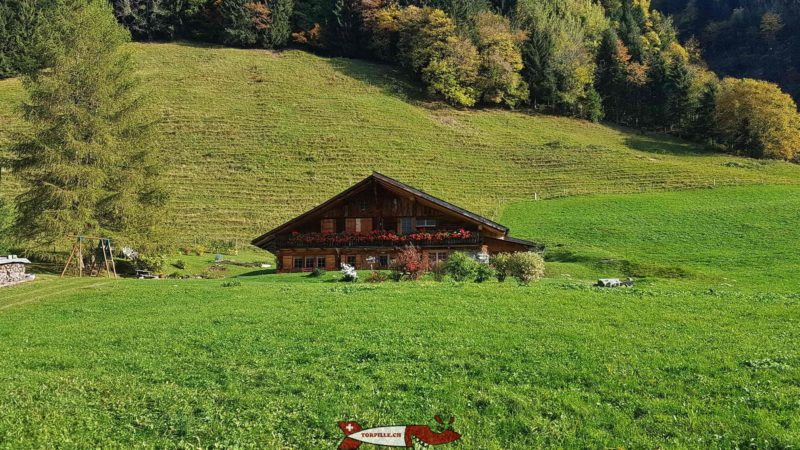 The rocky road back to the starting point. 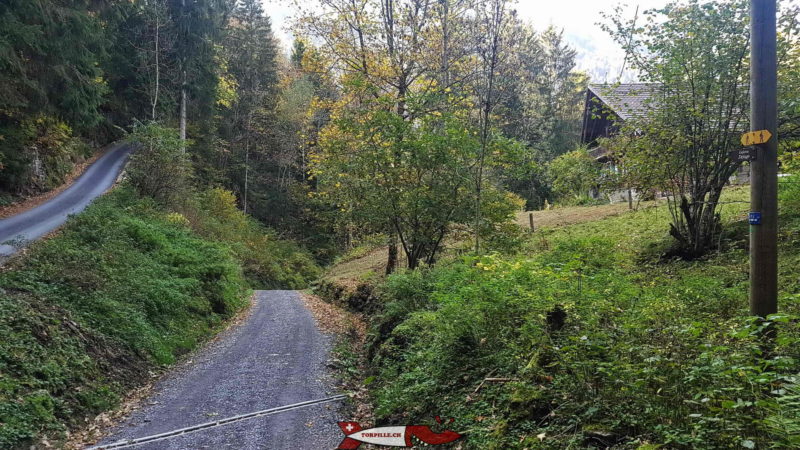 A drone video on the Defago Arcade.

Webcam in the village of Champery.