The Gourze Tower (tour de Gourze in french) is a former watchtower located at the top of Mont de Gourze in the municipality of Bourg-En-Lavaux at an altitude of 923 metres.

The Gourze tower from the parking lot.

Parking below the tower at the restaurant of the Gourze tower.

History of the tower

The presence of this tower is attested in the 13th century and certainly built some time before. It belonged to the bishopric of Lausanne until 1536, when Bern invaded the Pays de Vaud and seized the tower. It was then abandoned and restored at the end of the 19th century.

The top of the Gourze tower with an orientation table on the right.

Aerial view above the Gourze tower over the Lausanne region.

The other points of view

The other pretty lookouts on Lake Geneva are the Sauvabelin Tower, the Mont-Pelerin antenna, the Rochers de Naye and the Signal of Bougy. You can stop for lunch or a drink at the restaurant of the Tour de Gourze next to the car park. 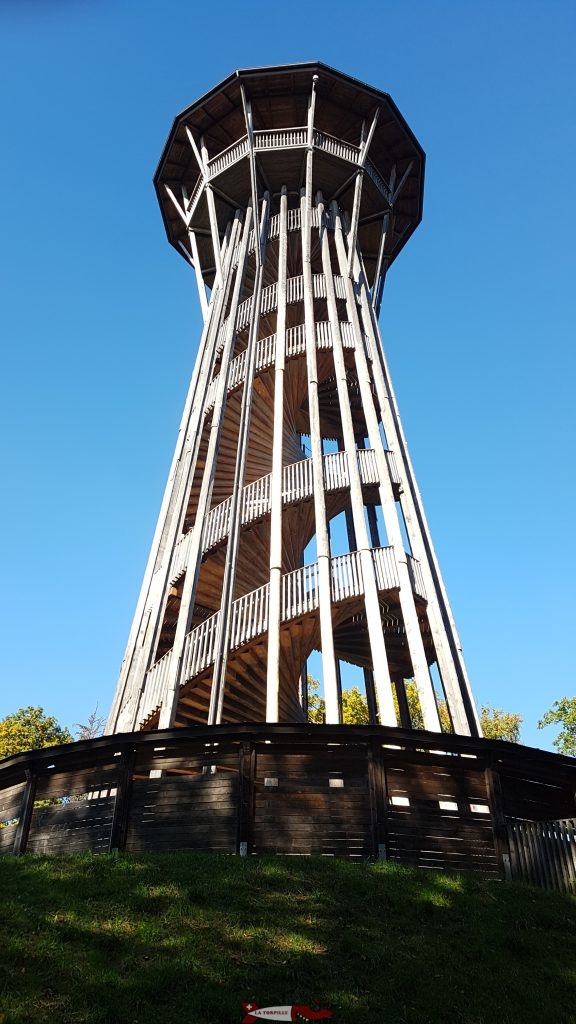 The Rochers de Naye and the Signal of Bougy.