Jumpark is a room dedicated to trampolines, it is the biggest in French-speaking or Western Switzerland with Jumpland in Aigle. It was built in 2017 on the former site of the Flexcell Hall on a playing surface of nearly 800 m². 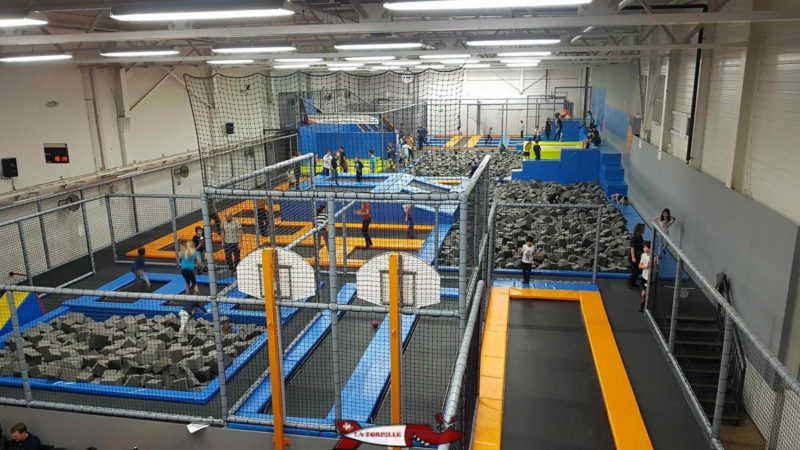 At the entrance of Jumpark is located the changing rooms and then the reception which offers a cafeteria. Behind the latter is the Jumpark room, which is composed of several areas: 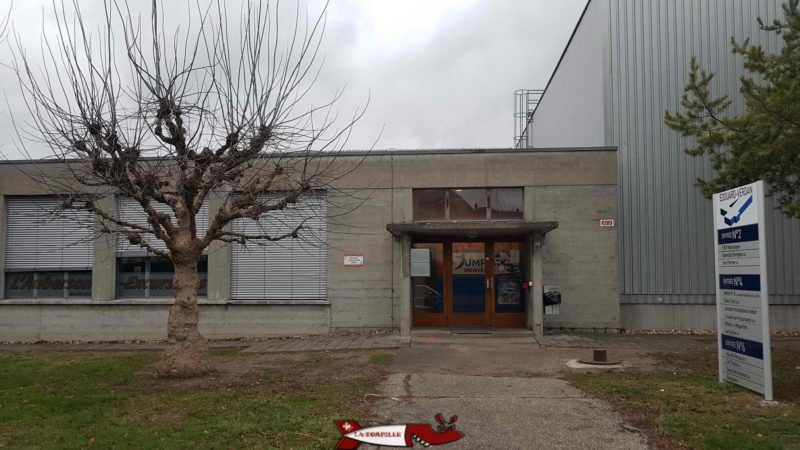 The reception with the cafeteria. 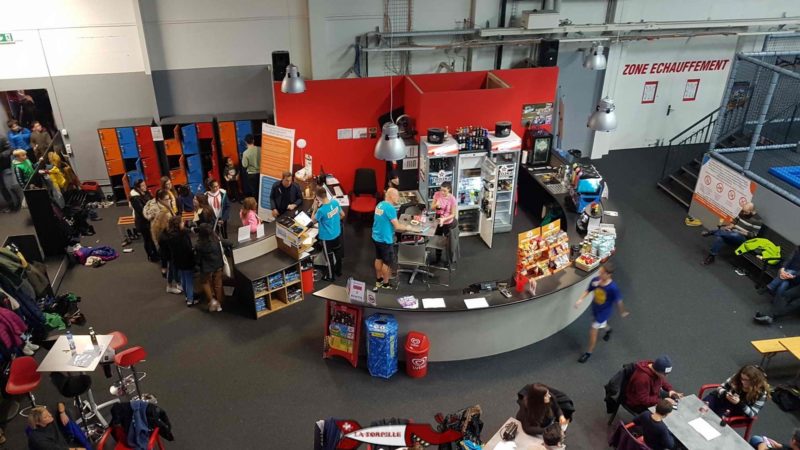 The different play areas of Jumpark.

Small trampolines and a foam area. 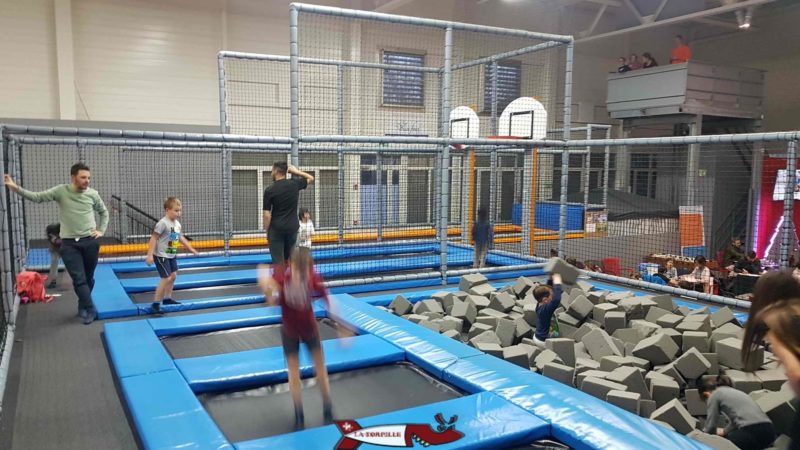 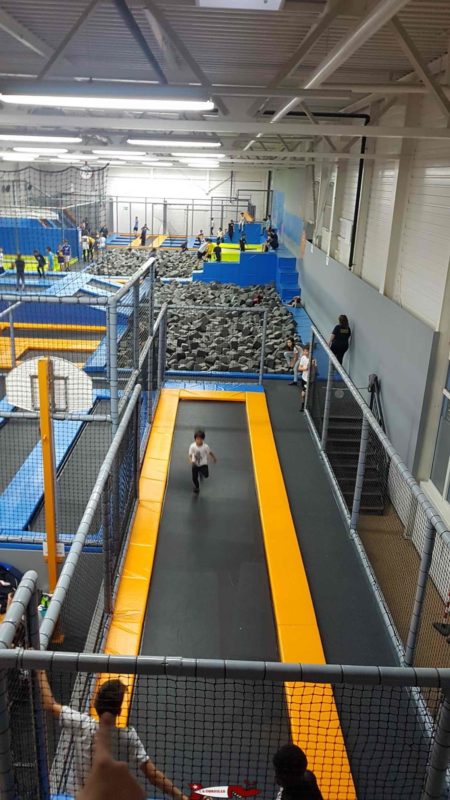 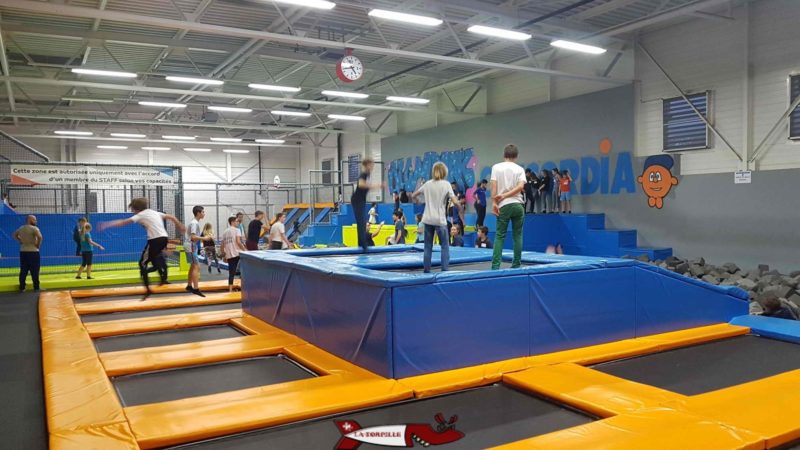 The “freestyle” area includes two trampolines at different heights to jump into a foam area while trying to do acrobatic tricks. 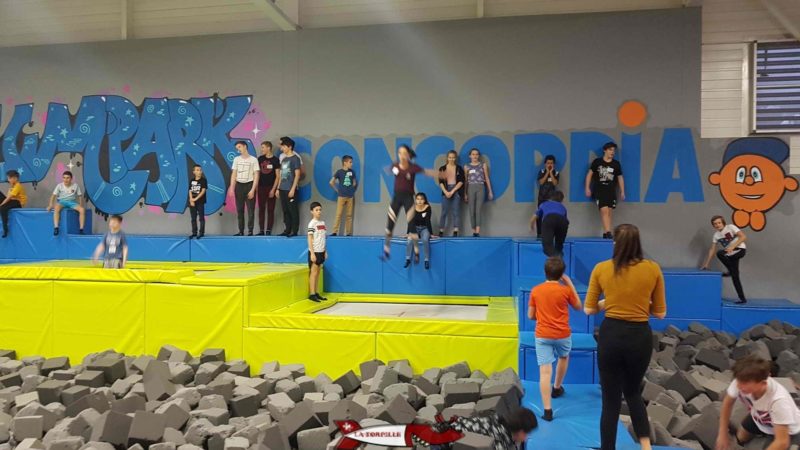 A large number of trampolines with balls to throw into basketball boards. 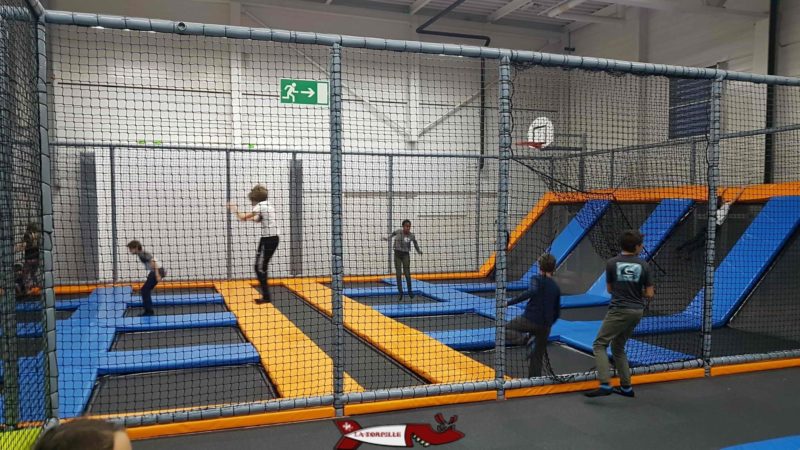 A little wire you walk on trying not to fall on. 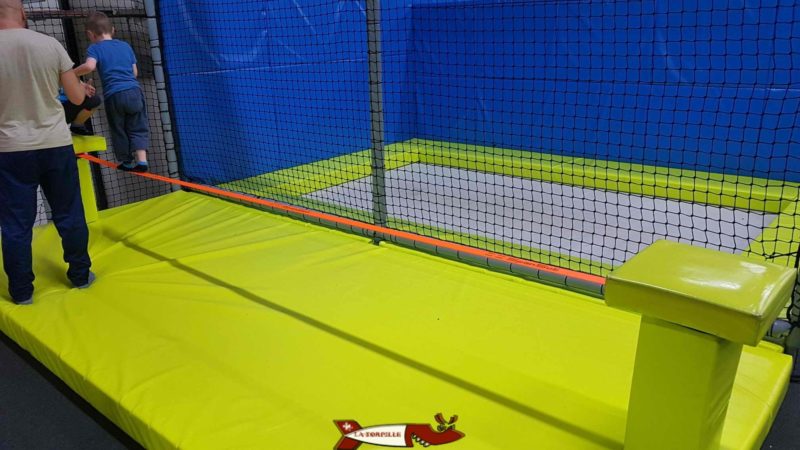 The pro zone includes three trampolines only for advanced users.

Jumpark is closed on Mondays and open in the afternoons until 9pm.

Wearing non-slip socks is mandatory. It is possible to buy some onsite at the price of three francs.

CAUTION: The Torpille Team makes it clear that a maximum number of people are accepted on trampolines and on a weekend day, waiting can easily take hours! It is therefore imperative to book your session on the Jumpark site.

A sticker indicating the end time of the trip. 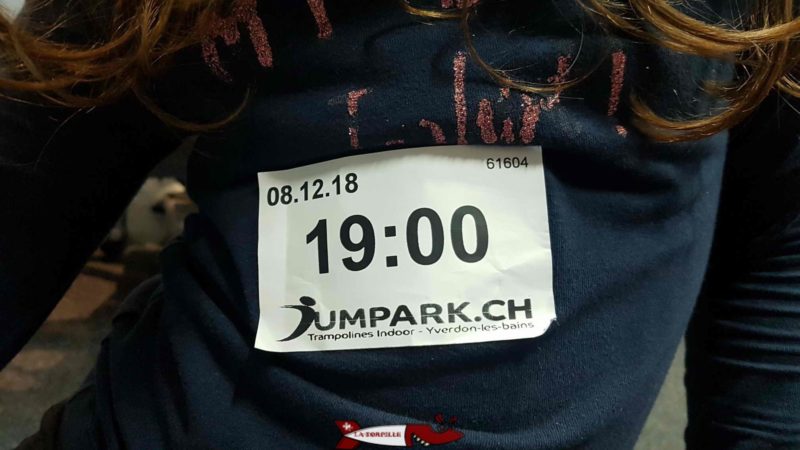 Webcam in the centre of Yverdon.