The little train of Lausanne/Vidy is an attraction that was built for the 1964 Swiss National Exhibition (Expo’64) on the shores of Lake Geneva in Lausanne.

The little train with a locomotive from 1964. 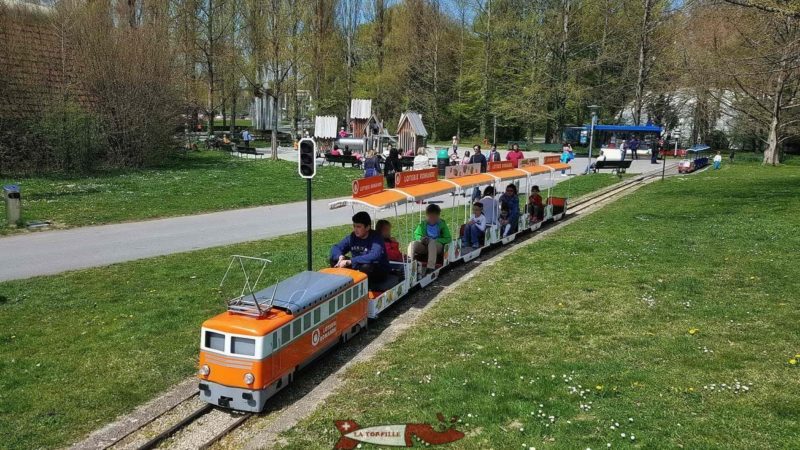 Several electric motor trains are still the same as the original ones. They usually pull 5 cars for a total of 10 children. The track gauge is 30 centimeters 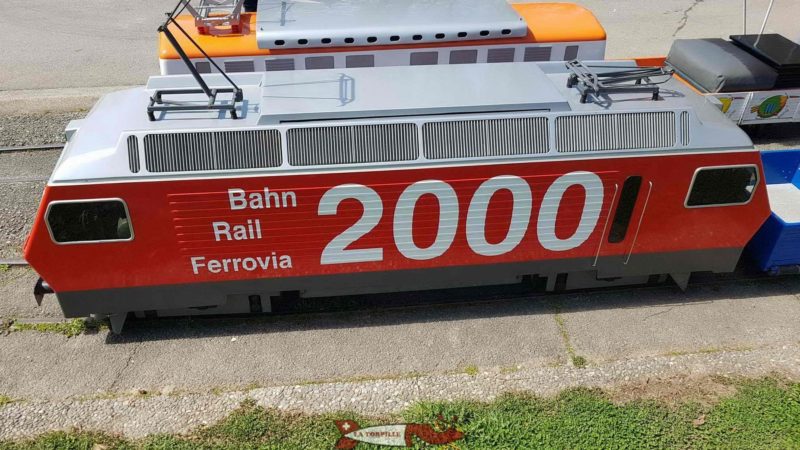 The circuit is 920 meters long around a small hill called the Emile-Henri-Jaques-Dalcroz esplanade. It passes next to

The circuit is 580 metres long around a small hill called the Emile-Henri-Jaques-Dalcroz esplanade. It passes by:

The Little Train Station sells tickets and some snacks. 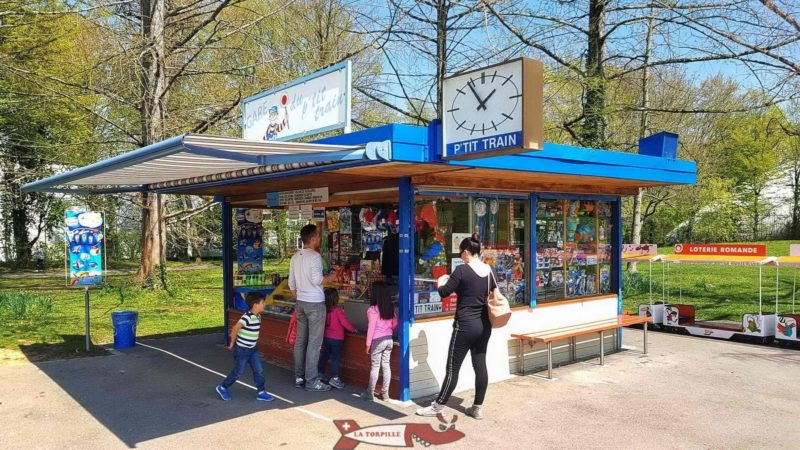 The Vidy Marina has nearly 1,000 places on land and water. 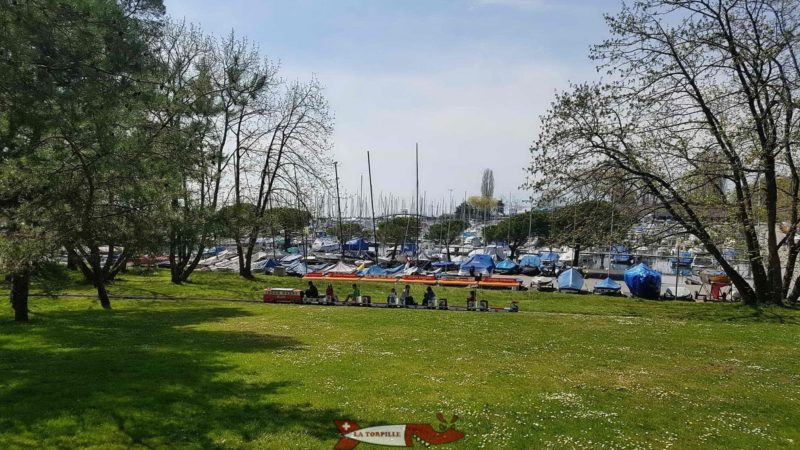 The restaurants on the lakeside

The restaurants “Watergate” and “Le Thaï au bord du lac” are two restaurants on the lake with magnificent terraces. 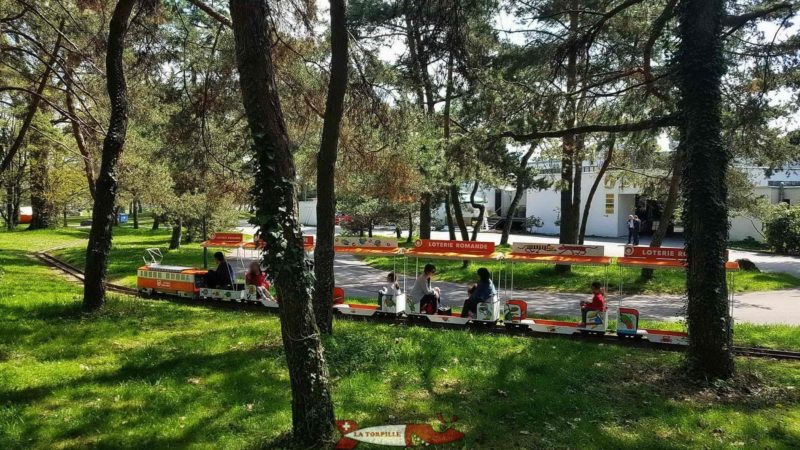 The marina of Vidy in the background and on the right the restaurants by the lake. 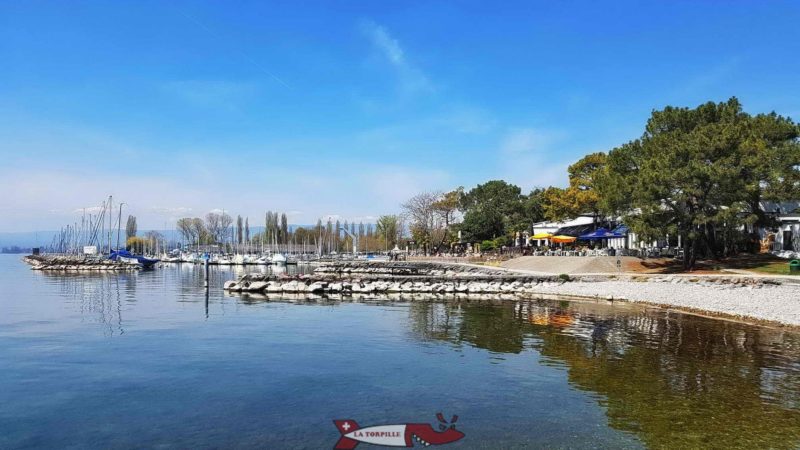 In the background is the swimming pool of Bellerive and the mini-golf. 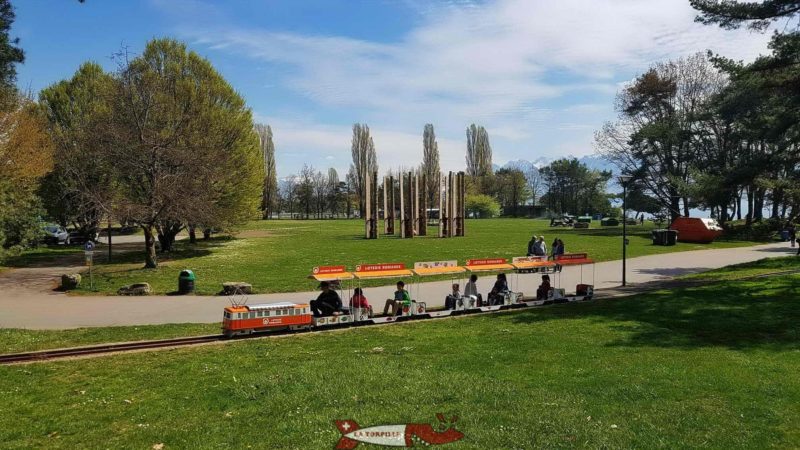 The shore of the beach of Bellerive in the background. 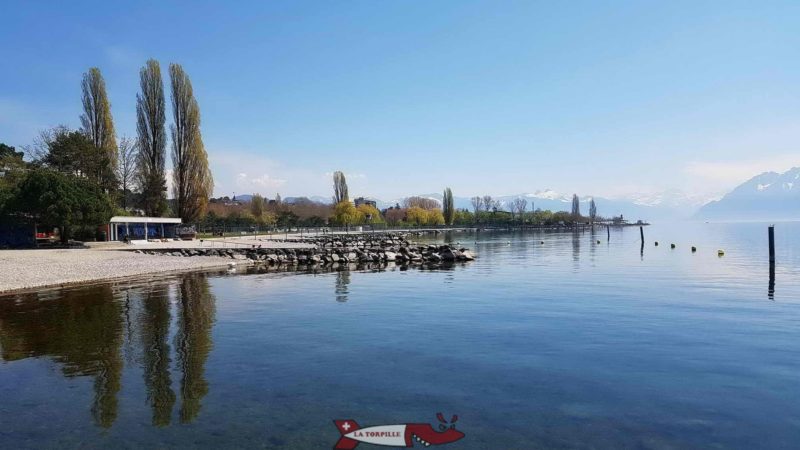 The little train passes by the parking of the theater of Vidy. 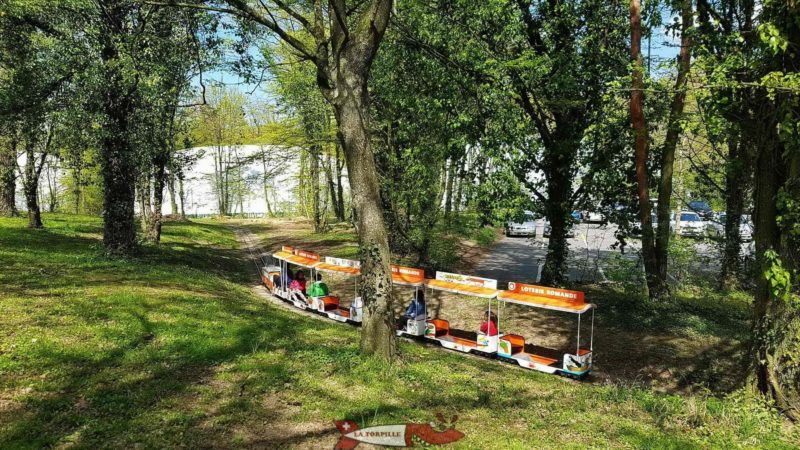 The bubbles of the tennis courts in clay. 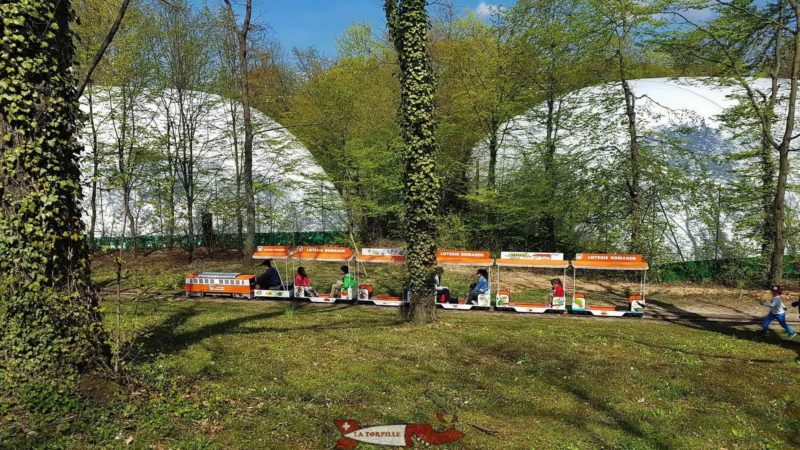 The copper fountain at the arrival of the little train and dating from the exhibition 64. 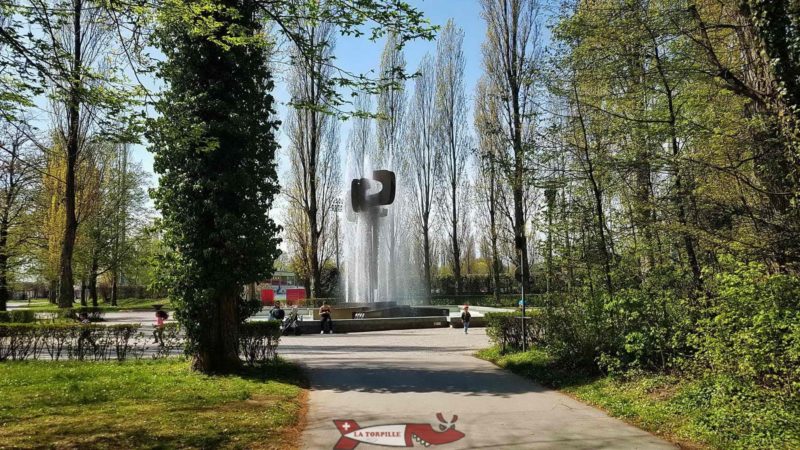 A large playground at the departure of the little train. 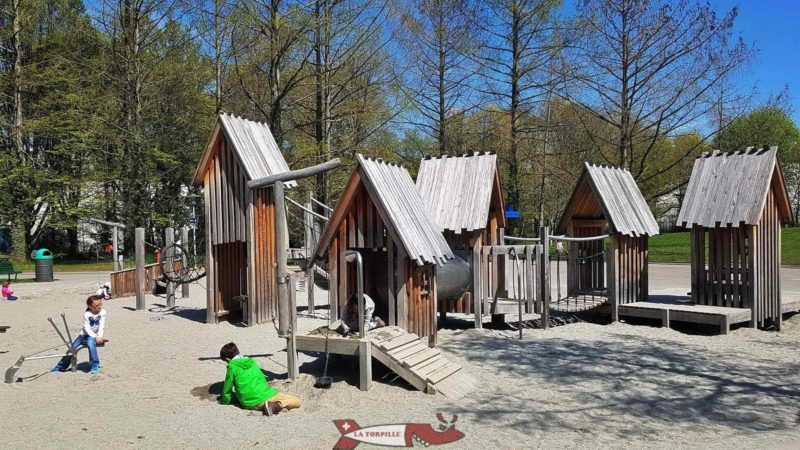 The ticket prices for the little train are as follows (Free for children under 18 months old):

The train runs from March to September.

Sunday the little train is also open from 10am to 12pm.

A video about the little train of Vidy.

Webcam from the CHUV in the heights of Lausanne with a view of the lake.