The Mont-Pèlerin antenna is a transmitting tower overlooking the Lake Geneva basin. Visitors can access, by a lift, to a panoramic terrace called Plein-Ciel (Full-Sky).

The antenna seen from a drone. 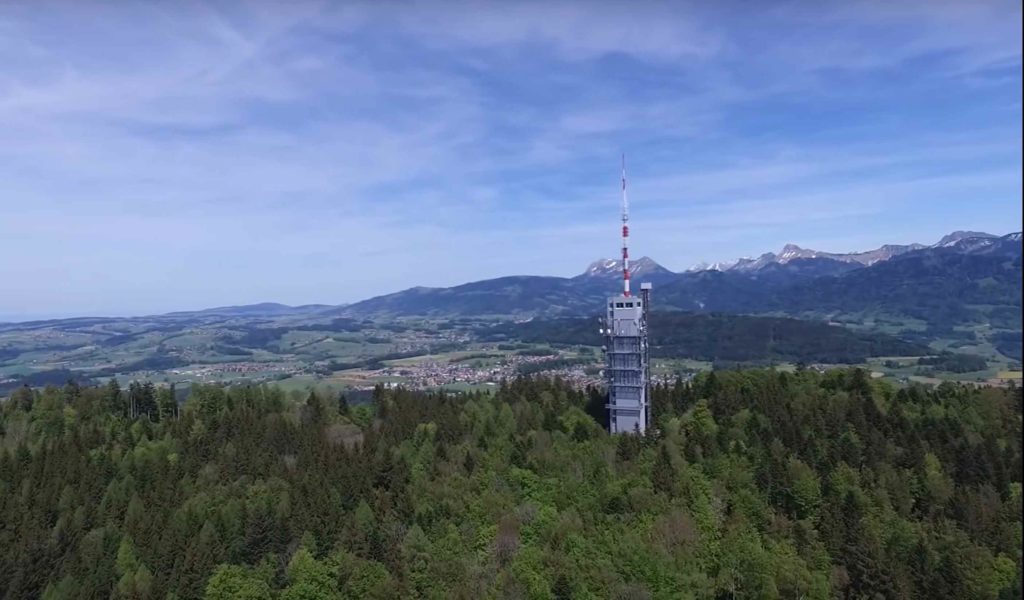 The Mont-Pèlerin Telecom tower belonging to Swisscom is located at the top of the hill of the same name at an altitude of 1084m in the commune of Chardonne near Vevey. It consists of a concrete tower and a spire with an equivalent height of approximately 60m and a total height of 122m. It is built between 1972 and 1974 and allows the broadcasting of television and radio. With the analogue switch-off, the current functions include the broadcasting of radio (DAB+) and television (DVB-T) programmes in digital form.

The tower seen from below.

Parking is located below the tower. Access to the tower is via the small road closed to the public. From the car park it takes about 30 minutes walk for 1.3km of ascent.

The sign that indicates if the tower is open at the beginning of the ascent to the tower.

In 1995, an observation platform called Plein-Ciel was added at the top of the concrete tower supporting the spire. An elevator is attached to the outside of the tower for access. A fee of 5 francs for an adult and 3 francs for a child is charged for using the lift, and is accessed via a turnstile. It is therefore preferable to bring some change, however, a money changer is available in the building just before the turnstile.

Plein-Ciel is open from April to October and a light in the car park shows whether the tower is open. For example, in case of strong winds, the access is closed.

From the top of the tower, the 360° view is magnificent. You will have to be careful to go there on a clear day in order to enjoy the view. A good idea is to take the grills, a place dedicated to this purpose is available just at the access gate to the tower. 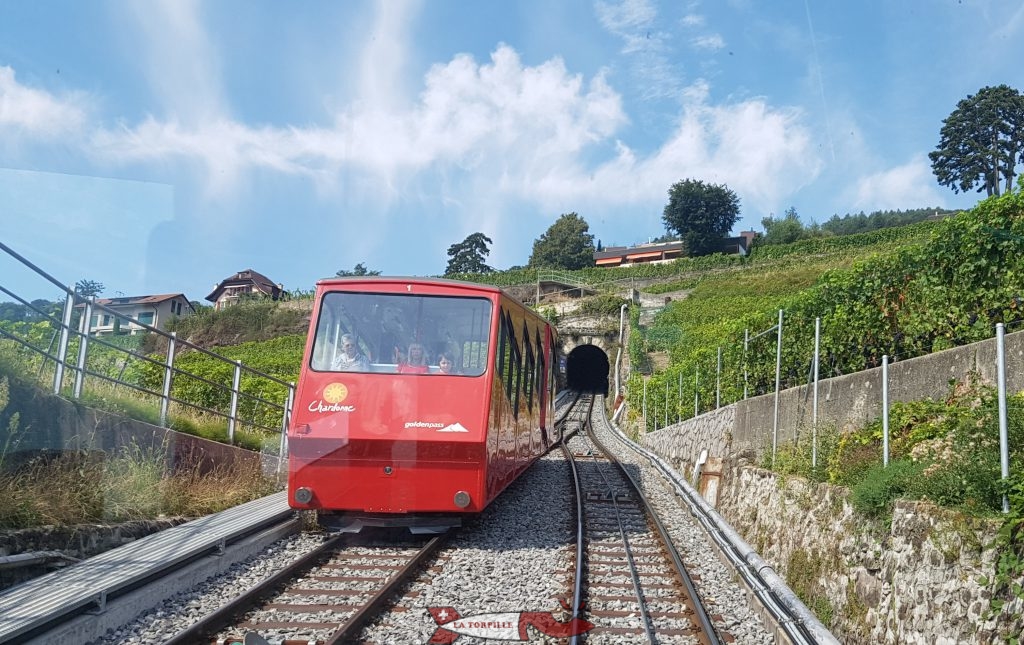 The Mont Pèlerin telecom Tower from the vineyards of Lavaux.

A video of the panorama from the top of the tower.

A drone video on the Mont-Pèlerin antenna.

Webcam from the top of the tower.