The chapel seen from the town of Saint-Maurice. 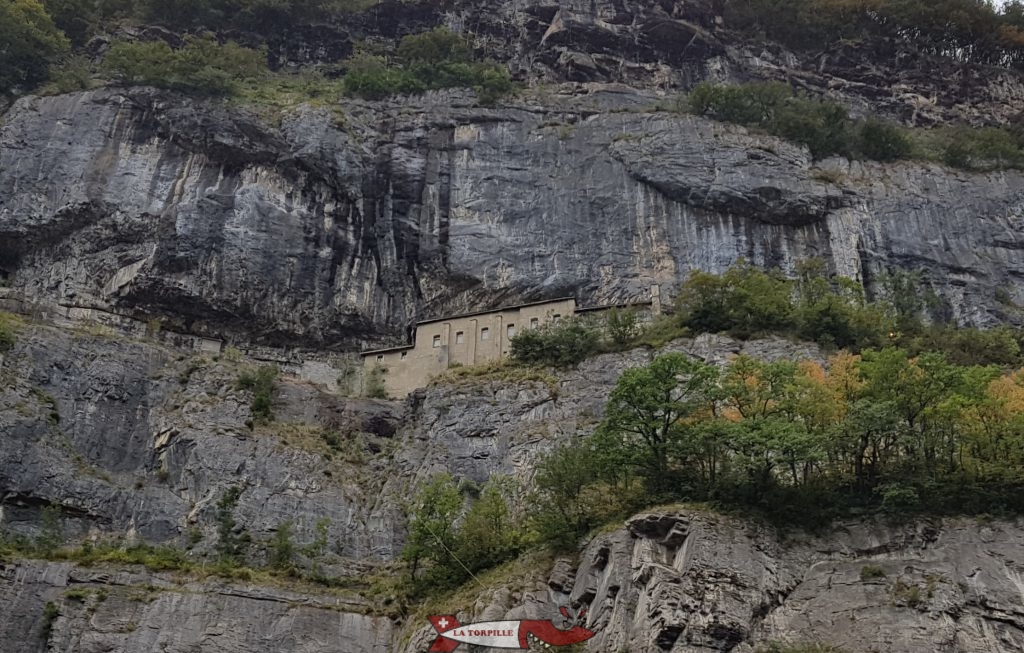 The start of the ascent to the chapel is on the other side of the Saint-Maurice train station at the level of the road “Sous le Scex” along which there are a few parking spaces.

From this road, a Way of the Cross leads to the chapel, it winds through the forest and climbs steps cut directly into the rock. The path is well maintained and safe.

The start of the path leading to the chapel.

Stairs in the rock.

Arrived at the chapel in half an hour, the view on both sides of the Rhone valley is magnificent. The chapel itself has beautiful stained glass windows and is very well maintained.

The 180-degree view of the Rhone valley from the chapel.

History of the chapel

The site occupied by the chapel is very old since it was occupied by religious people around the year 600 and initially consisted of a rudimentary wooden shelter while the first stone construction dates from the 8th century. A natural rocky roof protects it from falling stone and ice.

The building evolved over the centuries and did not reach its present structure until the 1950s.  An excellent document in french traces the history of this nationally significant monument.

The site of the chapel was linked to the military activities of the Swiss army during the 20th century because of its strategic position at the level of the glacial lock of Saint-Maurice. Two military forts are dug into the rock right next to the chapel:

These two forts can be visited and are accessible through the tunnel leading to the Fairy’s Cave.

A guide showing a cannon at Fort Cindey.

A video on the ascent to the chapel.