The Roman Museum of Nyon is located near the shores of Lake Geneva since 1979 on the site of an ancient Roman basilica. It displays numerous objects from the Roman period dating back about 2’000 years.

In addition to the permanent exhibition, which was refreshed in 2009, regularly renewed temporary exhibitions shed additional light on the site.

The entrance in farting red to the Roman Museum of Nyon, close to the castle.

Paid parking in the city of Nyon.

Nyon and the Romans

In Roman times, nearly 2,000 years ago, Nyon was an important city in French-speaking or Western Switzerland together with Geneva, Avenches, Lausanne and Martigny. In Roman times, Nyon was called Colonia Iulia Equestri after an equestrian colony of the Roman Empire that was stationed there and the name Noviodunum seems to have been assigned to the enlarged urban centre of Nyon.

An interesting reconstruction of what the forum of Nyon might have been like in Roman times. Source: lacote.ch 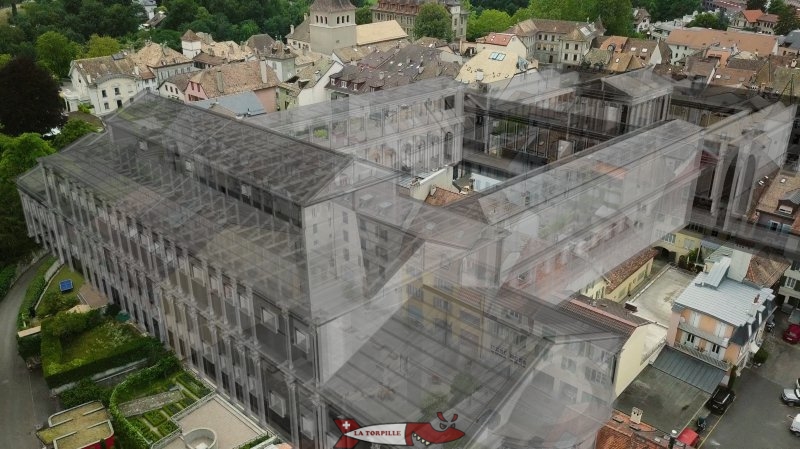 The Roman Museum of Nyon deals with many themes using objects discovered on site. Some themes are listed below with a short summary.

The interior of the museum with showcases displaying objects from the Roman period.

A foundation wall of the ancient Roman basilica in which the Roman museum is built.

A model of the Roman forum of Nyon.

Temporary exhibitions are renewed approximately every year and allow visitors to discover aspects of the Roman period. For example, between 2017 and 2018, the exhibition “ca coule de source” was held on the importance of water in Roman times.

The entrance fees to the Roman Museum of Nyon are as follows:

Admission is free every first Sunday of the month and a ticket purchased at the Roman Museum gives free access for one year to the two other museums in Nyon: the Léman Museum and the Historical and Porcelain Museum in the Nyon Castle.

The Léman Museum on the shores of Lake Geneva.

The historical and porcelain museum in the castle.

A video on the nyon roman museum.

Webcam in the city of Nyon.