The fort of Pré-Giroud is a former underground military fort from the Second World War and the Cold War era in Vallorbe near the French border. It is the most well-preserved fort to visit in French-speaking or Western Switzerland.

The entrance to the fort disguised as a chalet as was often done with military structures in Switzerland. At the time when the fort was used by the army, the Swiss cross did not exist.

Parking along the road in the forest very close to the fort.

World War II cannons on display along the path leading to the fort.

History of the fort

Pré-Giroud Fort, sometimes called “Fort 39-45”, was built between 1937 and 1941. Its purpose was to prevent an invasion of Switzerland via the Jogne pass (Col de Jogne) from France and could house about 200 men.

Structure of the fort

Pre-Giroud Fort consists of the following structures connected by underground galleries in the rock:

Three other independent forts equipped with machine guns were in charge of the fort’s external defence and several rows of barbed wire encircled the fort.

The structure of the fort displayed at the entrance. You can see the bunkers connected by galleries, the chalet and various underground rooms.

The visit is carried out with a guide at the time indicated on the website of the association that manages the fort and lasts a little over an hour and a half. All the material has been kept in the same condition as when the troop left the fort in the late 1990s because it no longer corresponded to the types of threats that exist today.

The inside of the fort with models to show the life inside the fort. Photo: pyperpote.tonsite.biz 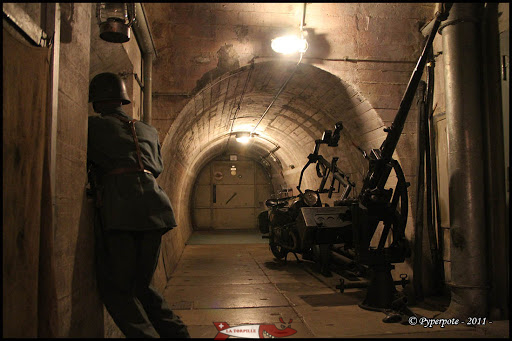 One can observe the dormitories, the infirmary and especially the battle stations made up of artillery guns with their shells or machine guns. The visitor is pleasantly surprised by the knowledge, the sympathy and the passion that animates the guides. 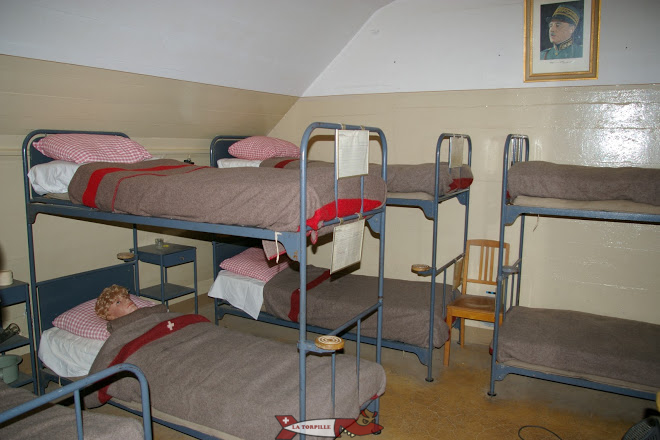 The excellent state of conservation and the level of competence of the guides make the fort of Pré-Giroud the most interesting fort to visit in Western Switzerland even if it is less impressive than the forts of the Saint-Maurice area. For more information, la torpille proposes a complete article on the military forts of Western Switzerland.

Wooden rifles arranged along a corridor.

Some elements of the fort that can be seen during the visit:

It’ s important to take a good sweater because of the temperature of about 8 degrees in the fort.

A corridor that connects the barracks to the different bunkers.

Armament of the fort

The armament of the fort consists of the following parts distributed in the six different bunkers of the fort. In general, one weapon per bunker.

A child looking into the sight of a machine gun.

A very interesting reconstitution of a combat post with soldiers who had to wear gas masks to protect themselves from the release of carbon monoxide (CO) produced by combat weapons.Photo: fortlitroz.ch 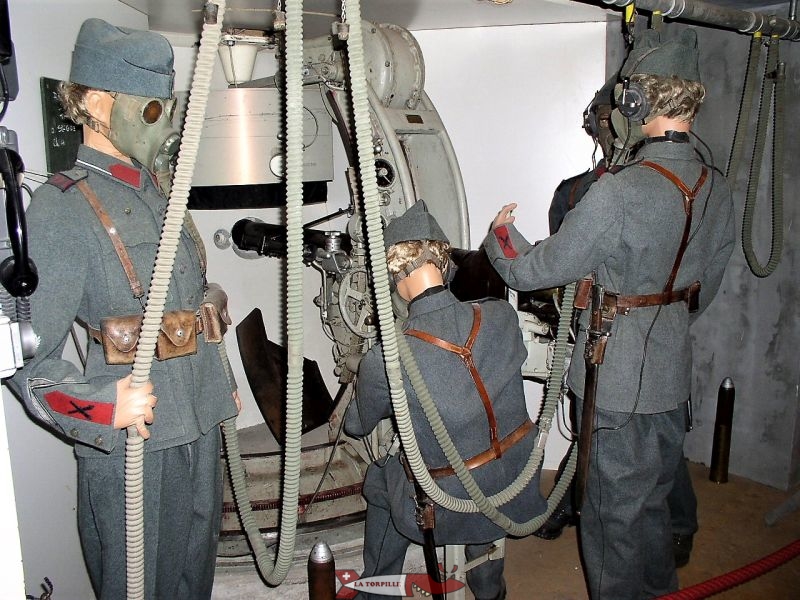 Above the entrance, on the upper floor of the building with the Swiss cross, exhibitions present documents on the life of Swiss soldiers during the Second World War.

In addition to the Pré-Giroud fort, three other attractions are available in Vallorbe:

A vidéo on the Pré-Giroud fort.

Webcam in the city of Vallorbe.