The hot springs of the thermal baths of Saillon (Bains thermaux de Saillon in french) are known for a very long time since the Romans would have used them in their time. They gush out of the rock at the place called Les Bains at the bottom of the Salentse gorges. It is one of the ten thermal baths in Western Switzerland.

The building housing the indoor swimming pool and the entrance to the Saillon thermal baths. 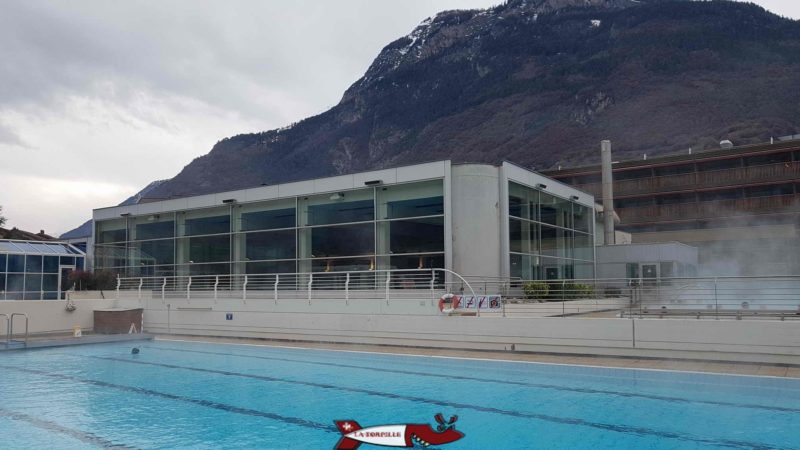 Exploitation of the thermal springs

The first baths were built in the 1970s and began operating in 1976. They were then located at “Les Chiles” and were rebuilt in “Les Marais-Neufs” in 1983 at their current location.

A large free parking is available next to the thermal baths of Saillon.

The entrance to the baths.

Components of the baths

The thermal centre of the thermal baths of Saillon is composed of: 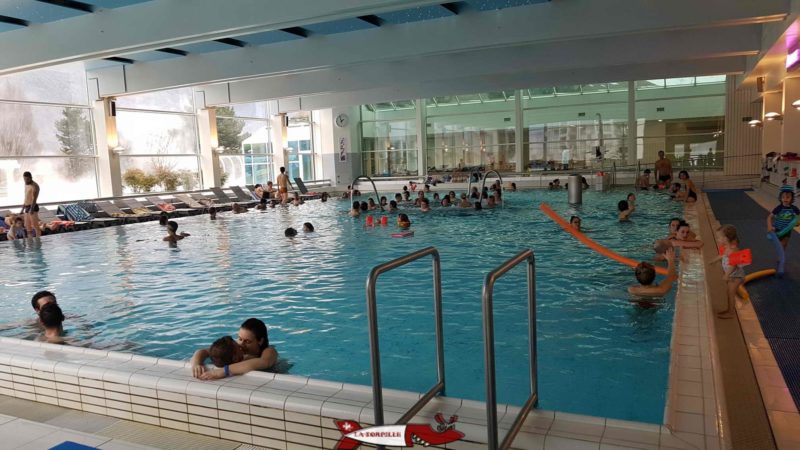 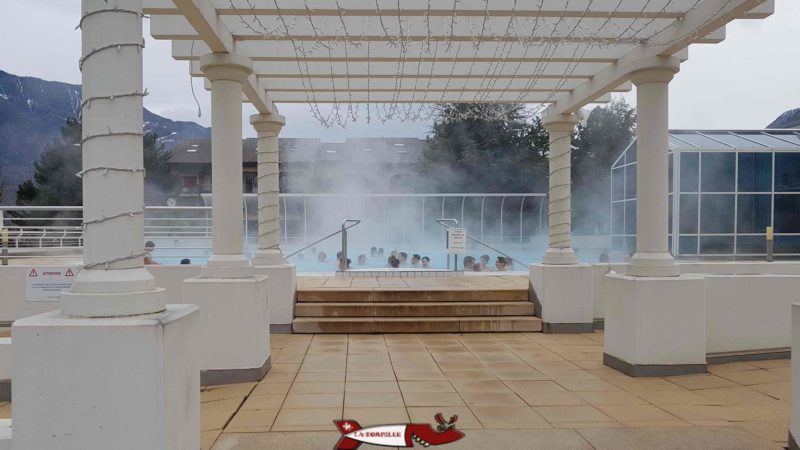 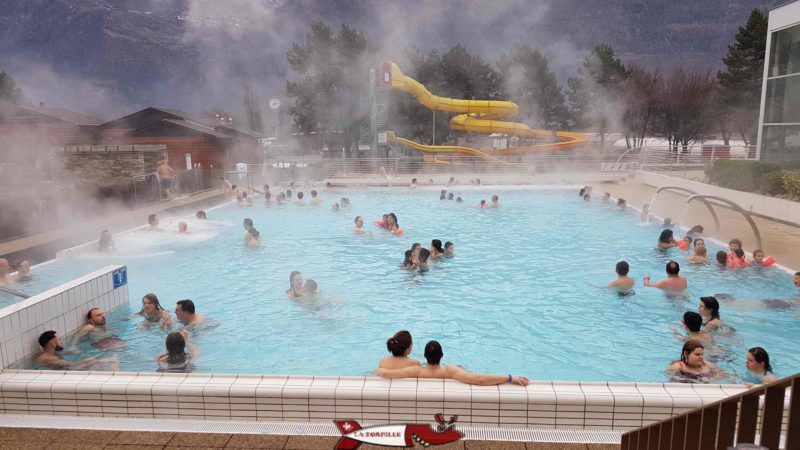 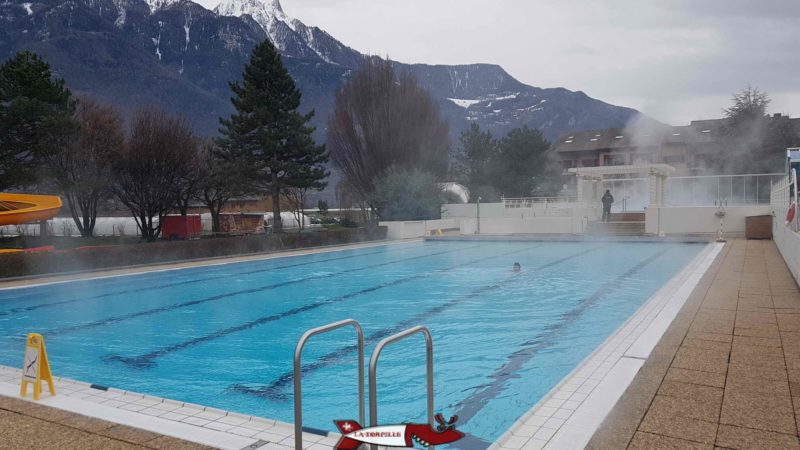 A river with a flow 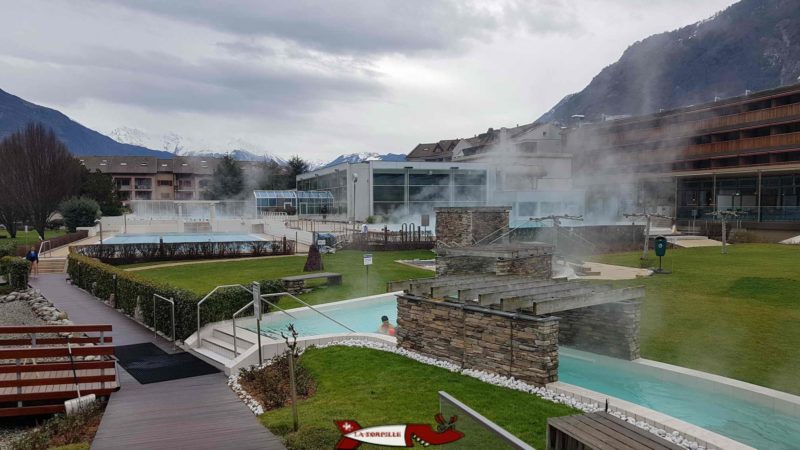 The slides are only open in summer. 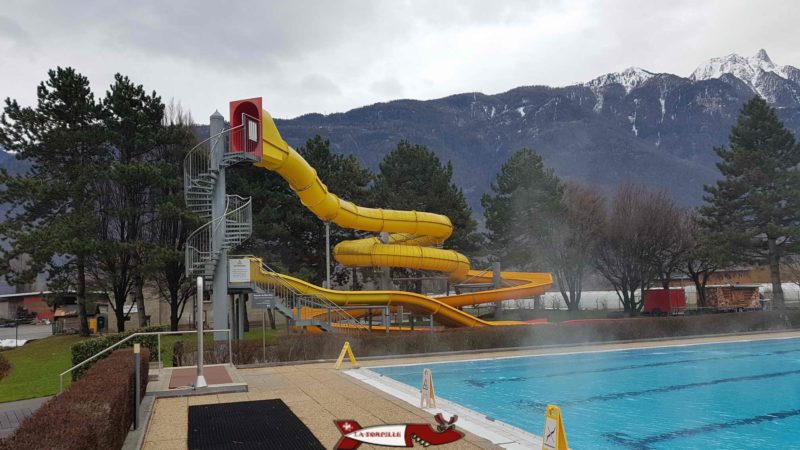 For those over 16 years old in cottages next to the river with saunas, steam baths and cares. 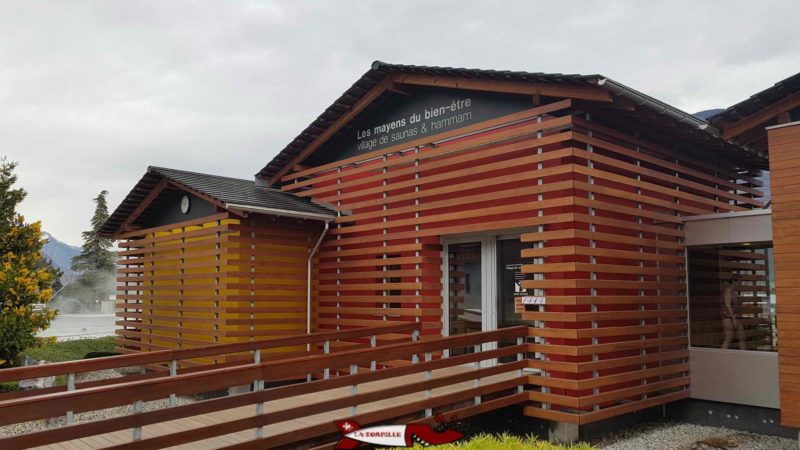 Structures next to the spa

The restaurant accessible from the baths (photo) and from the outside. 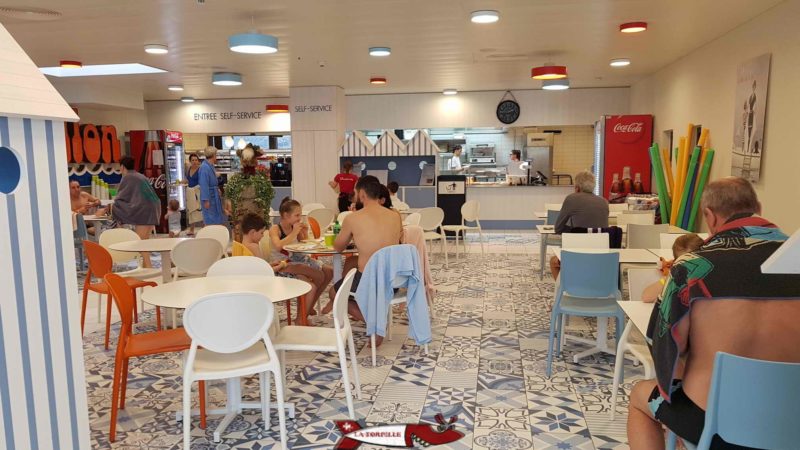 In the municipality of Saillon, before going to the baths, you can visit the castle’s keep, which can be climbed to its summit with metal stairs, or the impressive Farinet footbridge between the two sides of the Salentse gorges. A walk from Saillon in the form of a 7 km loop and 3 hours of walking takes you along the footbridge and the slopes of the vineyard. It also offers a beautiful view of the southern slopes of the Valais Alps.

The castle of Saillon.