The Saint-Maurice castle is located at the entrance of the Valais at the site of a narrowing of the Rhône Valley. 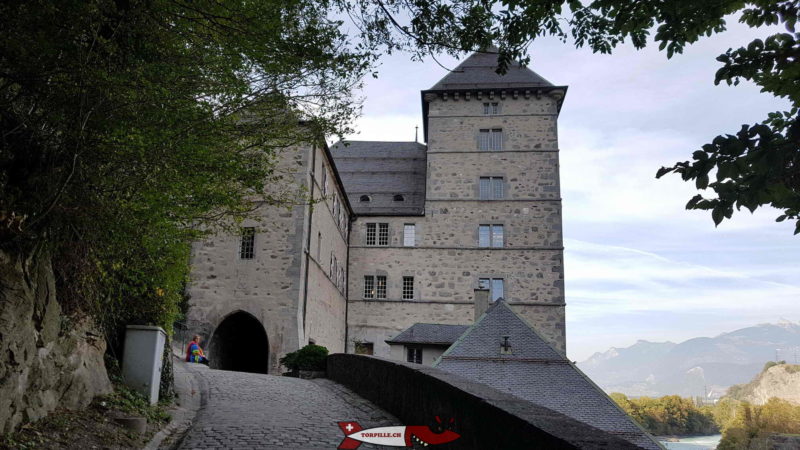 Several car parks are available near the castle or in the town of Saint-Maurice.

In the Middle Ages, Saint-Maurice was occupied by Savoy. In 1475, as part of the Burgundy wars, the Battle of the Planta took place in Sion. It is a confrontation between the Upper Valaisans of the 7 dozen, reinforced by contingents of Swiss soldiers, and Savoy. After the defeat of the latter, the Upper Valaisans seized the Lower Valais as far as Saint-Maurice.

Shortly afterwards, at the end of the 15th century, a castle was built for the purpose of:

The castle was destroyed in 1693 by fire and rebuilt shortly afterwards.

The special attractions around the castle of Saint-Maurice. 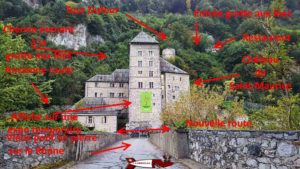 Strategic position of the castle

The Saint-Maurice castle is the first real defensive position in terms of the strategic position of the Saint-Maurice glacier lock. In the 19th century, ground fortifications were built on both sides of the valley and in the 20th century a series of military forts were dug into the rock as part of the famous and legendary “National Redoubt”.

Sights around the castle

In the immediate proximity of the Château de Saint-Maurice there are several interesting curiosities:

The abbey of Saint-Maurice and its treasure

The abbey of Saint-Maurice is the oldest building occupied by Christians since 515. A visit is available with the help of an audioguide. 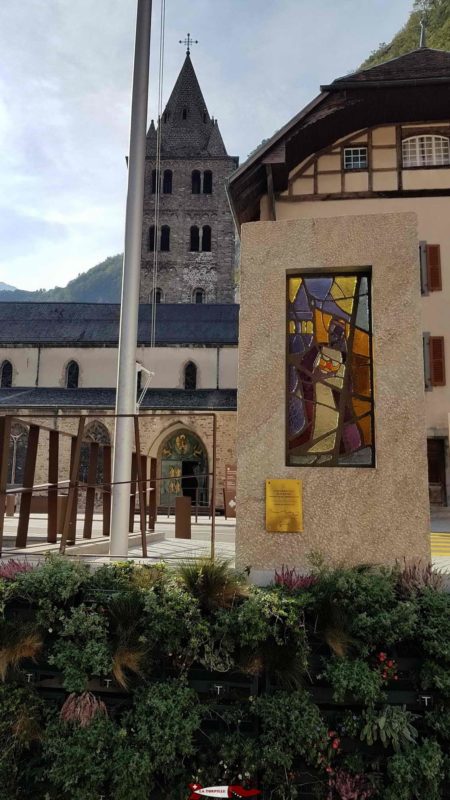 The Dufour tower, built in 1831, is located just above the castle but is not open to visitors. It takes its name from General Henri-Guillaume Dufour who established fortifications at the St-Maurice pass on both sides of the Rhône. Two paths from the castle allow you to visit the restored 19th century fortifications. 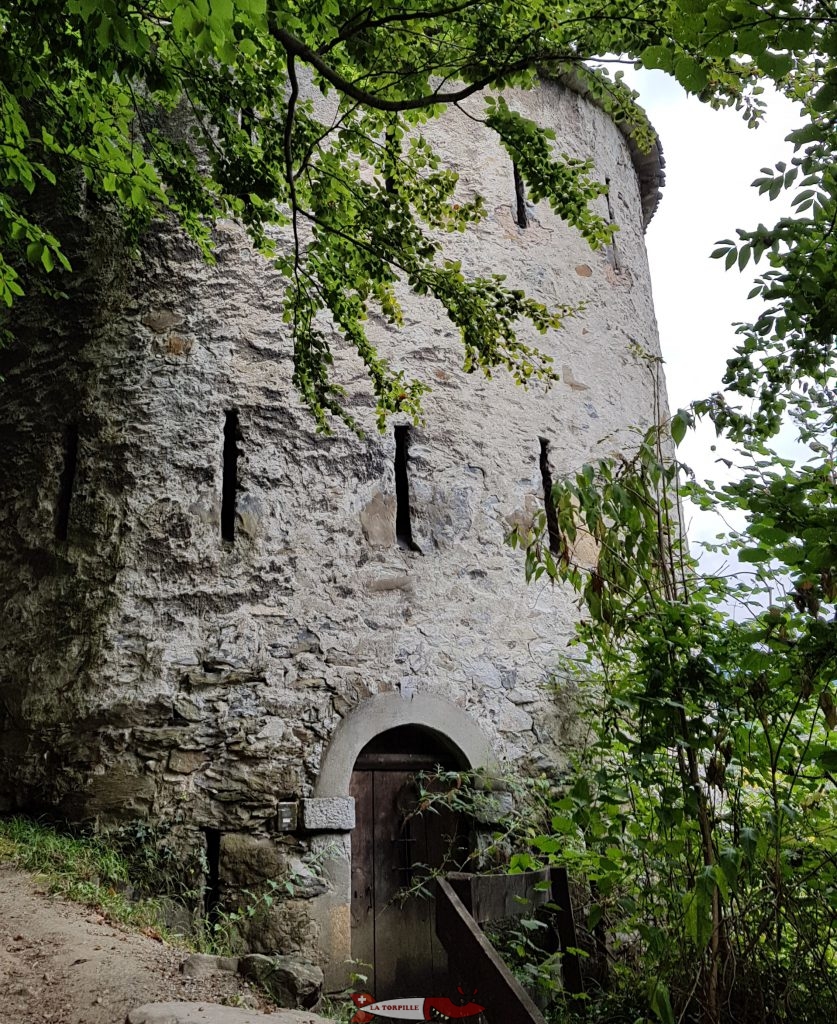 The Cindey and Scex forts are accessible through the gallery of the fairy cave. 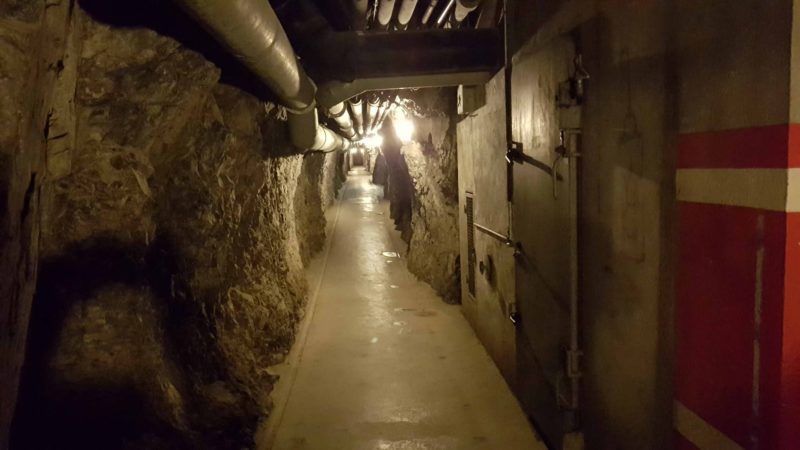 The Fairy’s Cave entrance is accessible by following the path that passes next to the castle. At the end of an underground tunnel several hundred metres long, there is a pretty lake with a waterfall.

The interior of the Saint-Maurice castle no longer contains any original elements. It has two floors open to visitors:

The first floor houses temporary exhibitions that have been renewed every year since 2005. They offer to immerse themselves in the world of a well-known comic book hero and are well suited for children from 6 years old.

The reconstruction of Petzi’s boat during the exhibition dedicated to him. 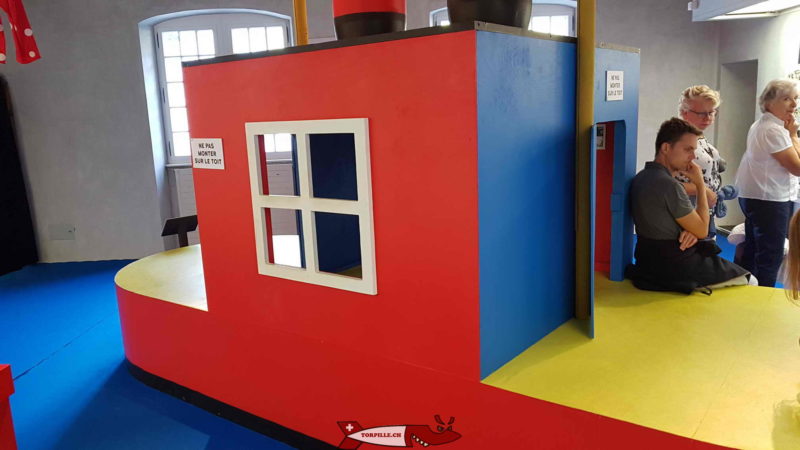 The name of the city of Saint-Maurice comes from a very old history dating back to Roman times. In the 3rd century, Roman troops were sent to the Martigny region, called Octodure, to prevent the cult of Christianity already widespread in the empire at that time. The Roman legionaries were mostly Copts of origin from Thebes (now Luxor), i.e. Christians living in southern Egypt today. The latter, under the command of Mauritius, refused to persecute the Christian inhabitants and were massacred by other Roman troops, an event known as the massacre of the Theban Legion.

In the 4th century, a century later, a sanctuary was founded on the site of the massacre in Agaune, which then took the name of Saint-Maurice, and the famous abbey was created in 515. Today, hundreds of religious buildings in Europe are dedicated to Saint-Maurice.

It should be noted that the events related to the Theban Legion massacre seem to be more of a legend because historical validations are lacking to confirm this event.

Saint-Maurice on a painting . Its name Mauritius comes from the word “Moorish” which refers to its black skin. Source: Wikimedia Commons.

The flag of the city of Avenches and the well-known flag of Corsica. They could come from Saint-Maurice even if there is no document to prove it. 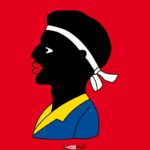 A video on the Saint-Maurice castle.