In summer, the Champex-Lac resort offers scooter rides using the Breya chairlift. The beginning of the course involves relatively difficult passages, which requires a minimum age of 12 years.

The route follows a mountain pasture route and overlooks the Rhone Valley and Lake Geneva. 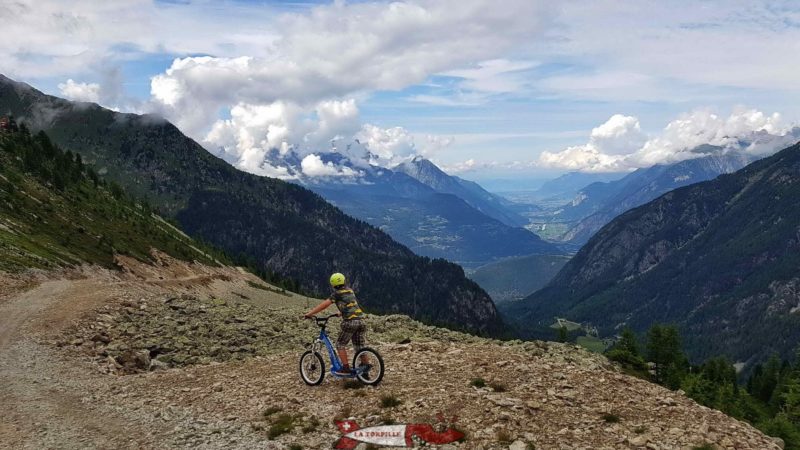 The 6.7 km route follows the same path as the sledge run in winter, with the exception of the terminal part from the Arpette relay. Even if the path follows small gravel or dirt roads, it should be remembered that the first part of the descent has difficult sections due to steep slopes on rocky ground. As soon as you arrive at the bottom of the pretty and wild val d’Arpette, the track becomes slightly sloping and in good condition.
It takes about 1 hour to complete.

The map of the scooter track with the ascent on the chairlift.

The scooter is rented at the bottom of the Breya chairlift near the village of Champex at an altitude of 1493 metres. The top of the chairlift, the beginning of the scooter track, is at 2186 metres.

The chalet, departure of the Breya chairlift. 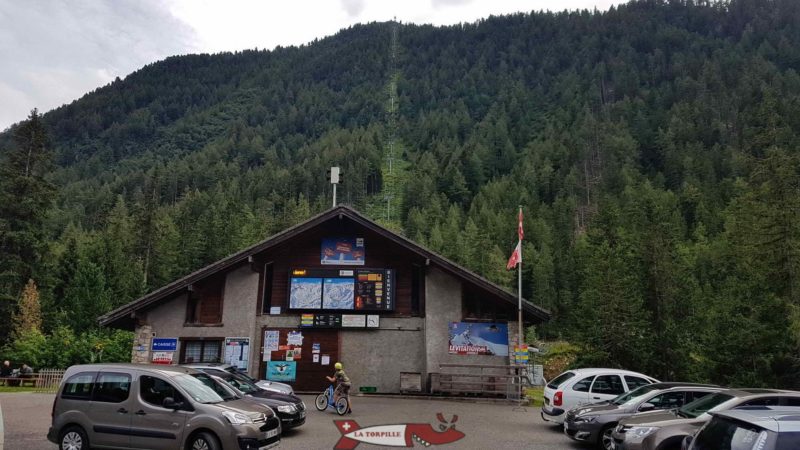 View from the top

Catogne is the big mountain that faces Breya. You can observe the numerous chalets of Verbier at the background. 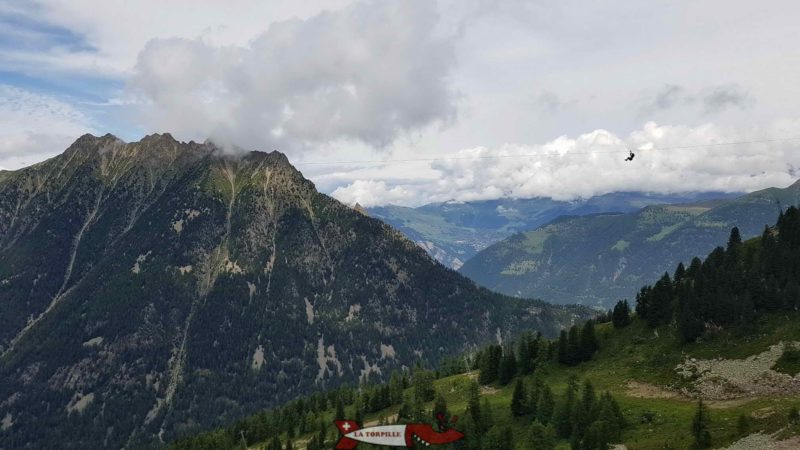 A panorama taken in winter on clear days during the winter sledging in Champex-Lac. We can see in particulary the Grand-Combin massif which is the highest mountain in French-speaking Switzerland after the Dent Blanche and the Rhône valley to Lake Geneva.

The refreshment bar at the arrival of the chairlift with a cloudy view. 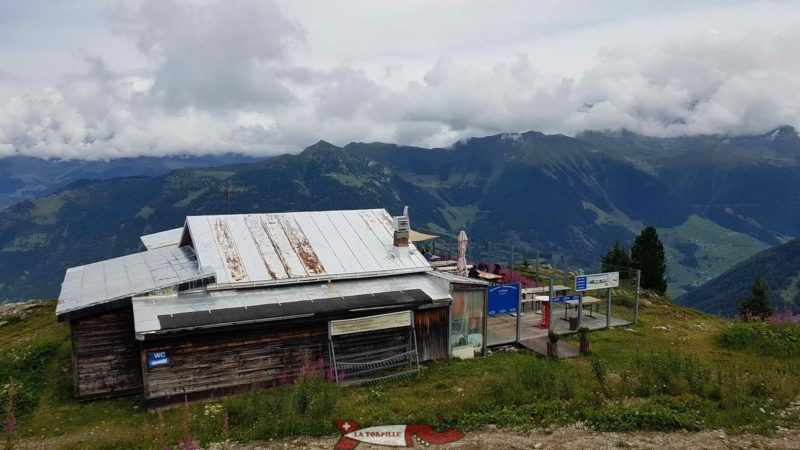 The departure of one zip line and the arrival of the other. 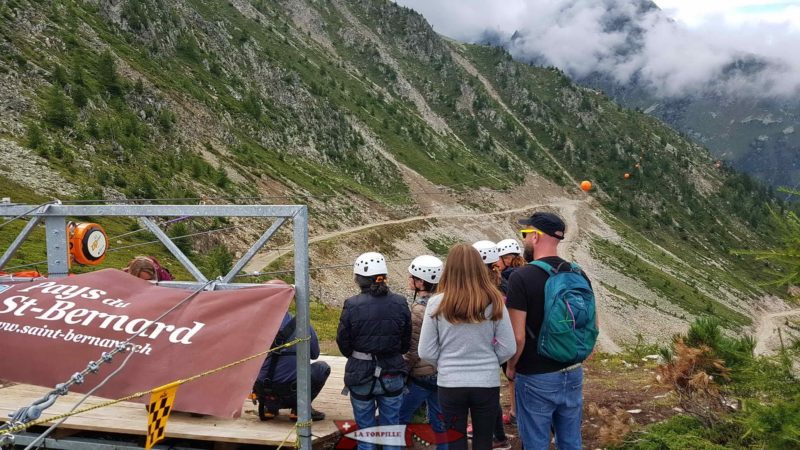 The scooters are picked up at the arrival of the chairlift. Two models are available, the child model in blue and the adult model in green.

Scooters at the arrival of the Breya chairlift. 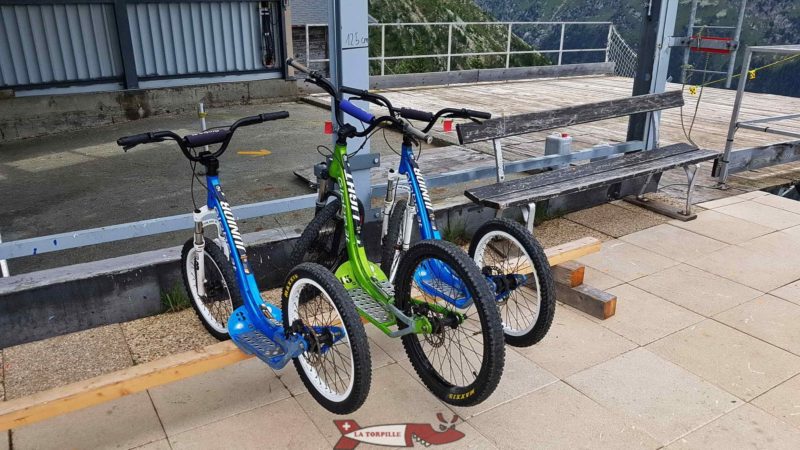 The top of the chairlift where the scooters are collected. It is also the start of the track. 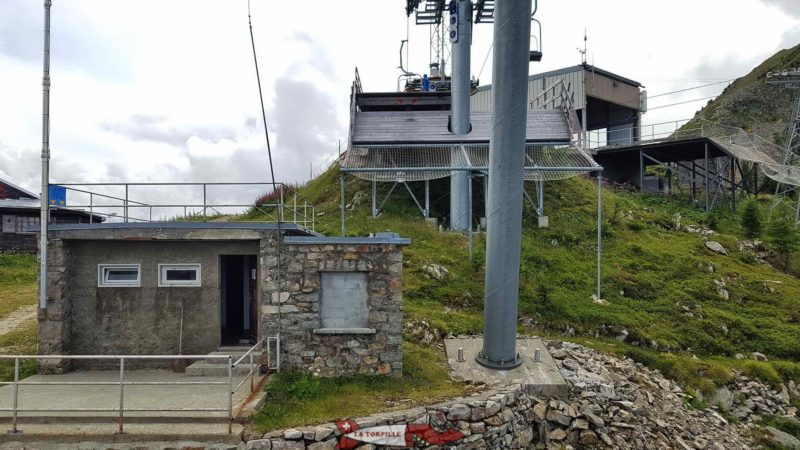 The first part of the course in a rocky area. 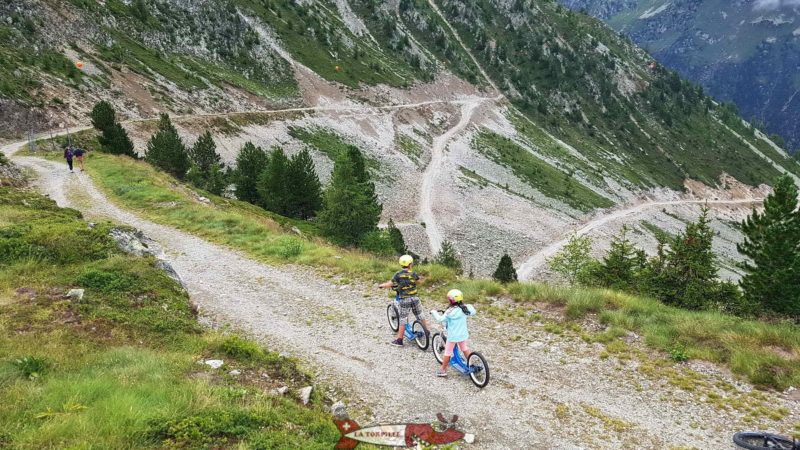 Superb view over the Rhône valley and Lake Geneva. 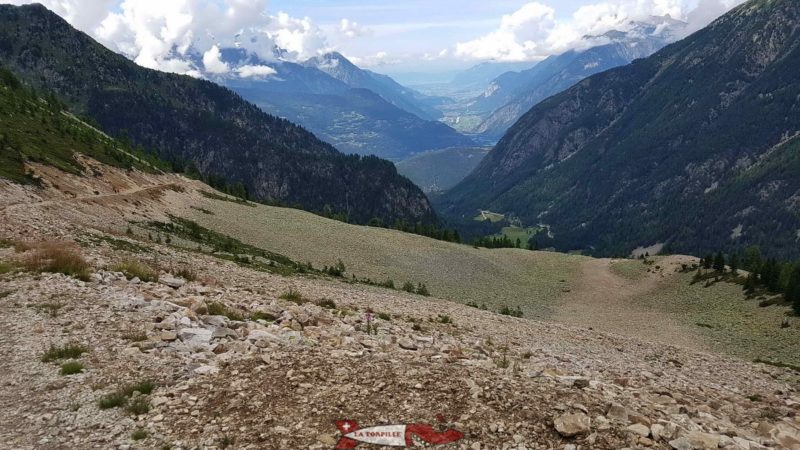 The path to the Val d’Arpette. 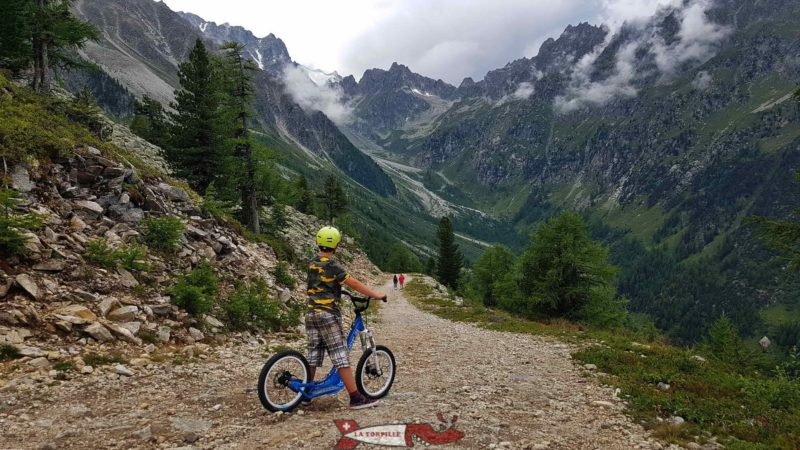 A steep part in the forest. 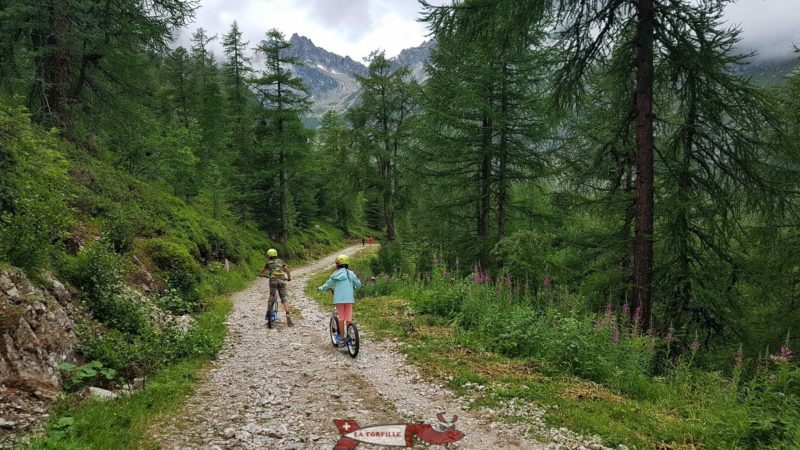 A nice view of the Arpette valley. 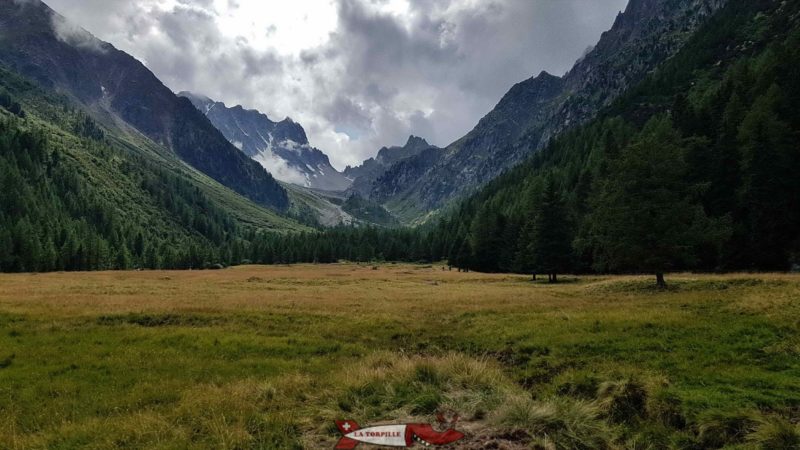 Hérens cows at the edge of the track. 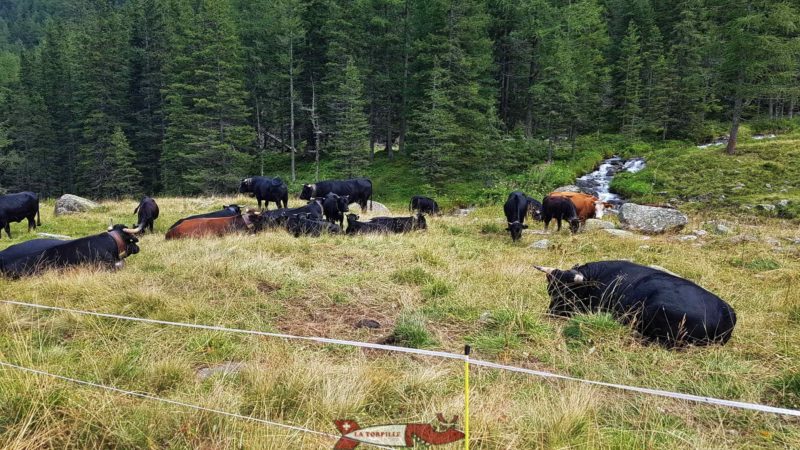 The scooter track crosses a bridge over the Durnand d’Arpette river to reach the Relais d’Arpette. This river feeds a few meters below the bisse de Champex-Lac and above Martigny, forms the magnificent gorges of the Durnand. 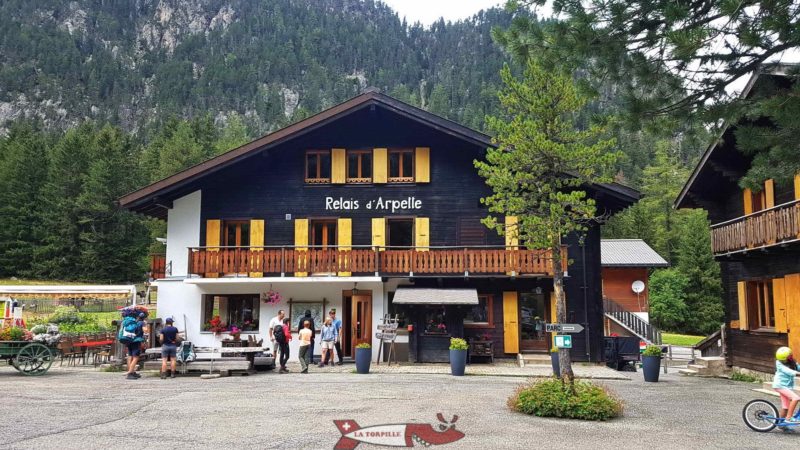 A gently sloping path in the forest. 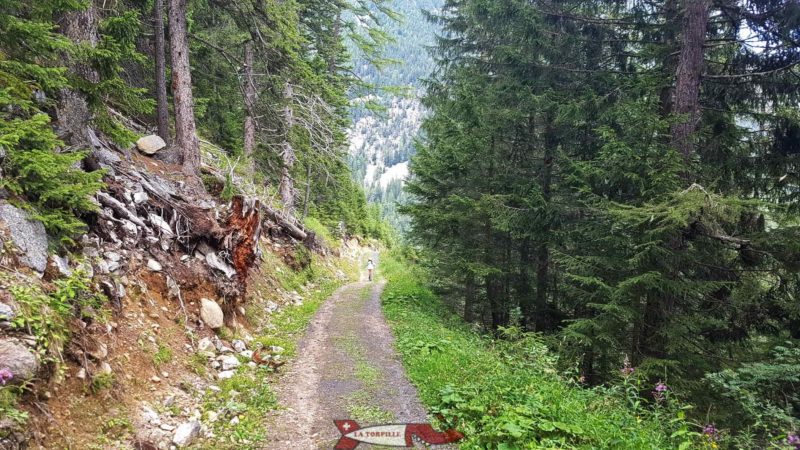 The end of the route at the start of the chairlift. 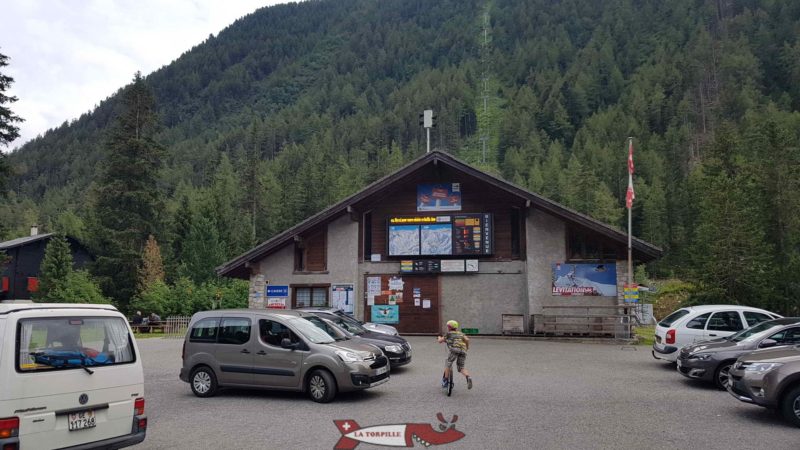 Scooters are rented on sunny days and the organizer recommends to book before coming. The telephone number is available at the beginning of this article.

The prices for a chairlift ride and a scooter ride are as follows:

A short promotional video on the Champex-Lac scooter ride.

Webcam on the Val d’Arpette. 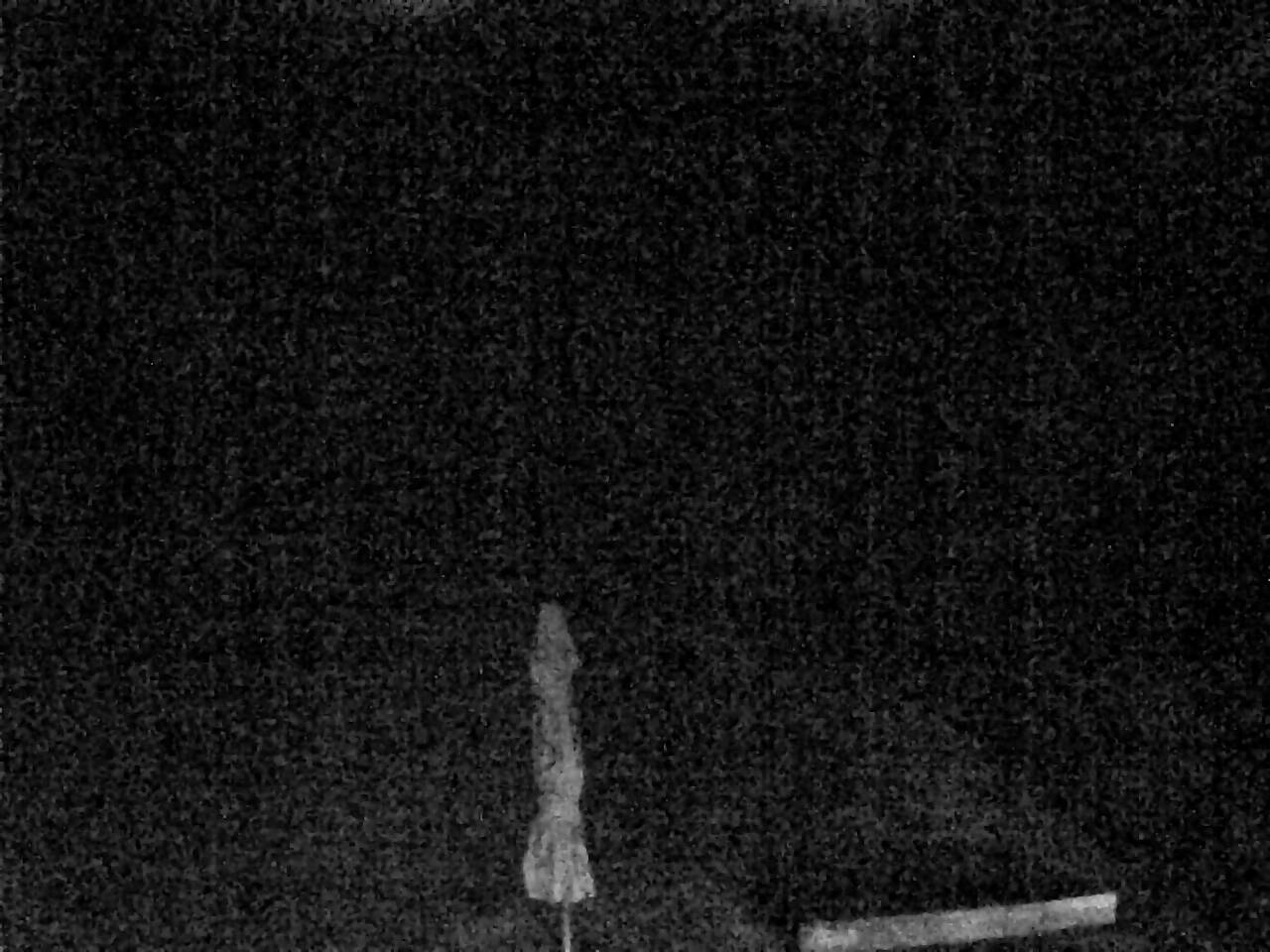