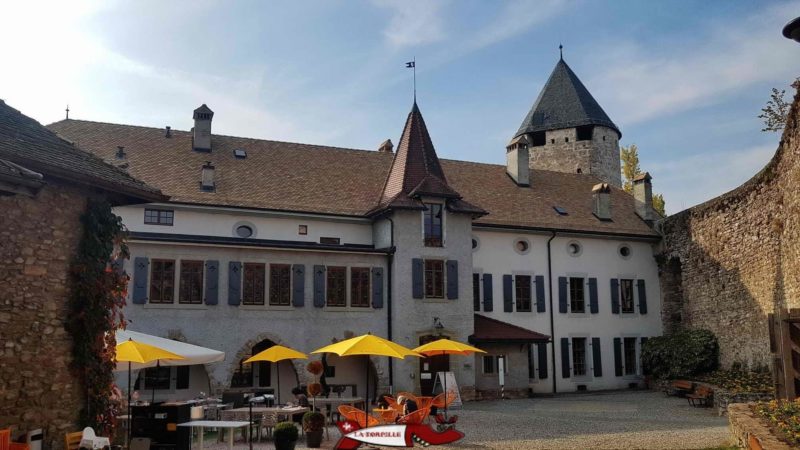 Parking spaces in the streets near the castle.

The Swiss Museum of Games welcomes around 15,000 visitors per year on two levels, on the first floor and under the attic of the main building, but also proposes outdoor games.

The entrance to the museum. 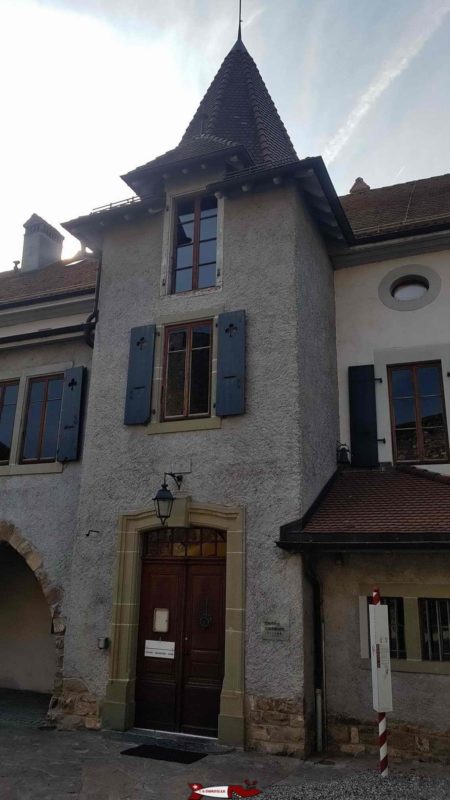 The museum is composed of the following parts:

The reception is located on the first floor. In addition to the ticket office, it acts as a shop and sells many games. 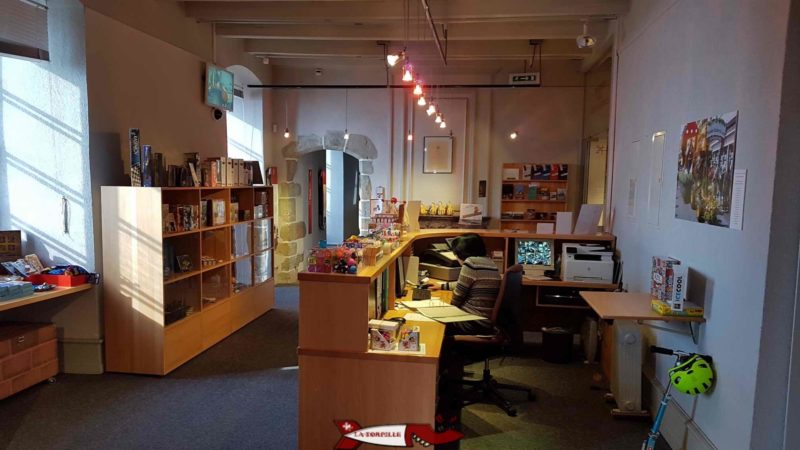 A child observing games for sale. 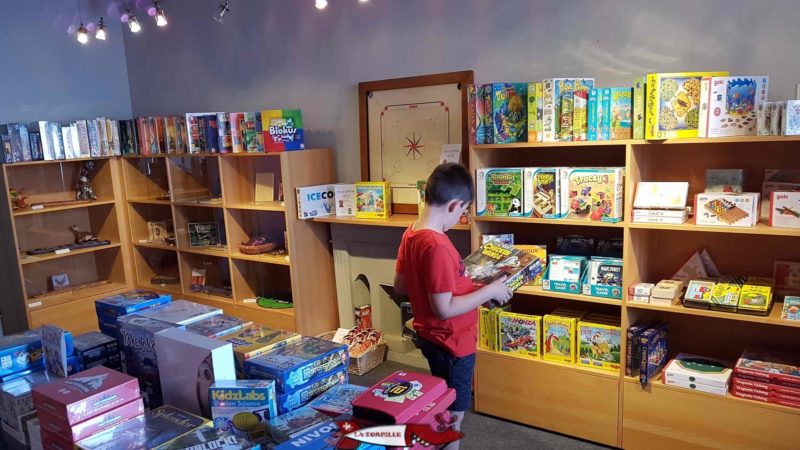 The museum presents games on two levels that cross ages and borders. Some of the games on display are well known, such as chess, backgammon or scrabble, and others are much less so and are to be discovered. The museum includes a temporary exhibition and a permanent exhibition.

The themes of the permanent exhibition are as follows:

A theme proposed by the museum. 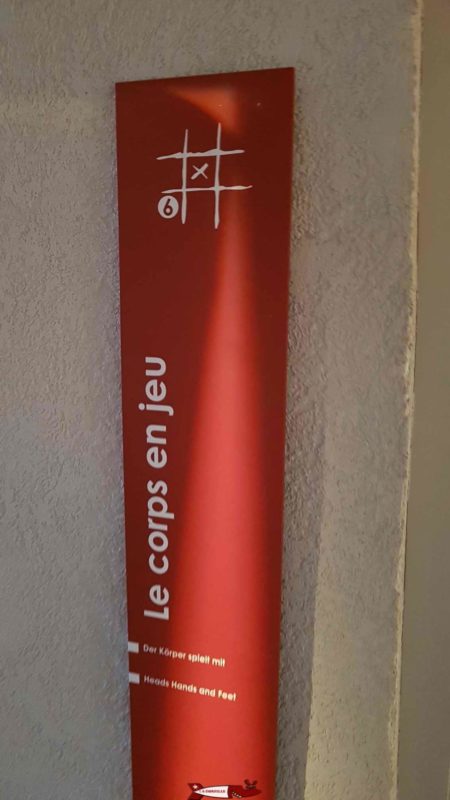 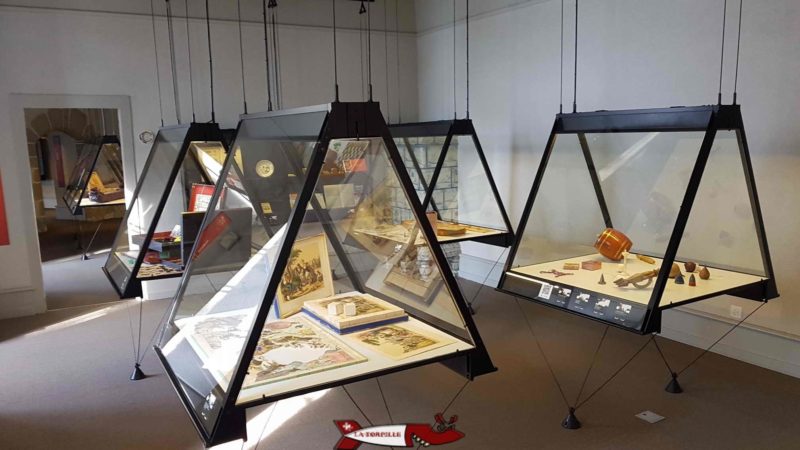 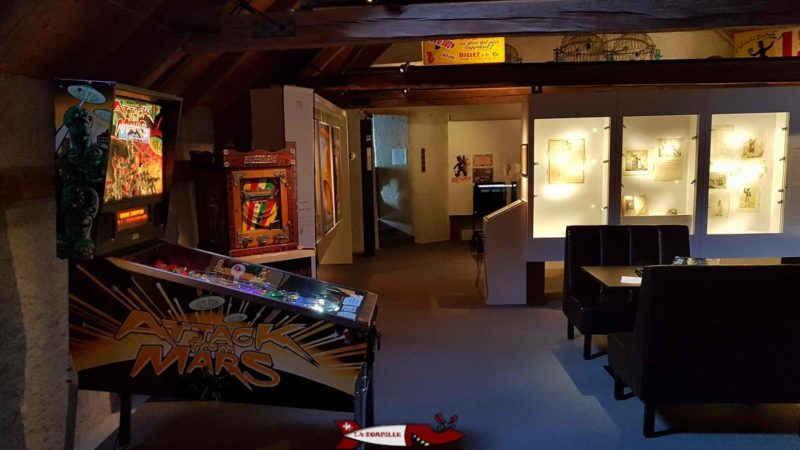 The temporary exhibitions are renewed about once a year and present a different perspective on the theme of games. For example, in 2019, the subject is “Albert Smith. Le spectacle du Mont Blanc” (The Mont Blanc show).

A game room next to the reception area allows you to test different strategy, agility or society games.

A child 😉 playing an agility game. 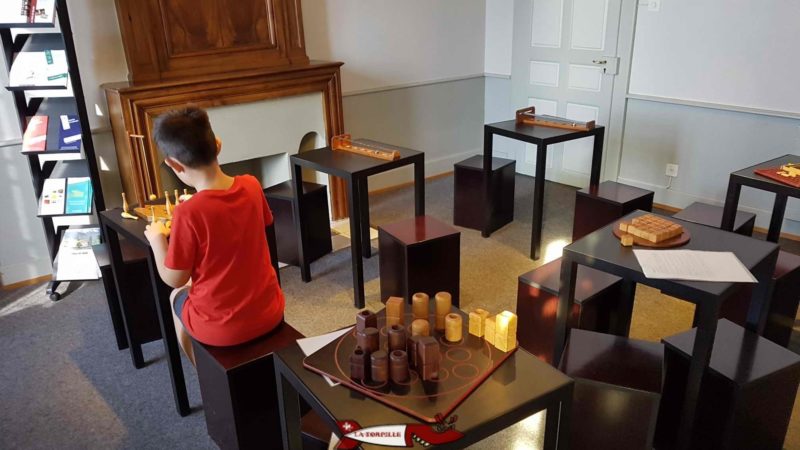 The ludic course (parcours ludique) offers well-known games in large format outside or in the castle courtyard. It offers the following games:

The games of the ludic course all around and in the castle courtyard. 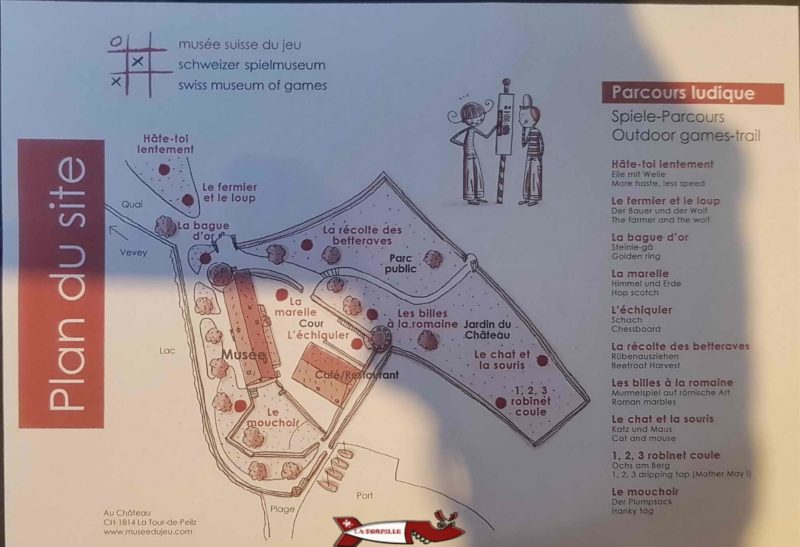 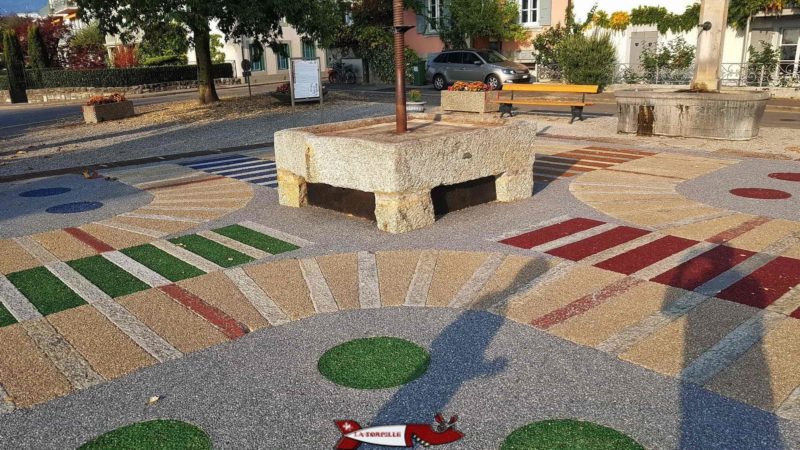 The entrance fees to the Swiss Museum of Games are as follows:

La Tour-de-Peilz castle is built in the 12th century. Shortly afterwards, it belonged to La Savoie and was burned down in 1536 during the conquest of the Pays de Vaud by the Bernese. Later, in the 18th century, it was bought by a Frenchman. To bring light, it pierced the main building with windows and destroyed the keep beside the lake.

The visitable part of the castle, which became the property of the municipality of La Tour-de-Peilz in 1979, is located in the tower on the east side, at the top of which you can climb and enjoy a beautiful viewpoint.

The tower can be visited for free and a chess game in the courtyard. 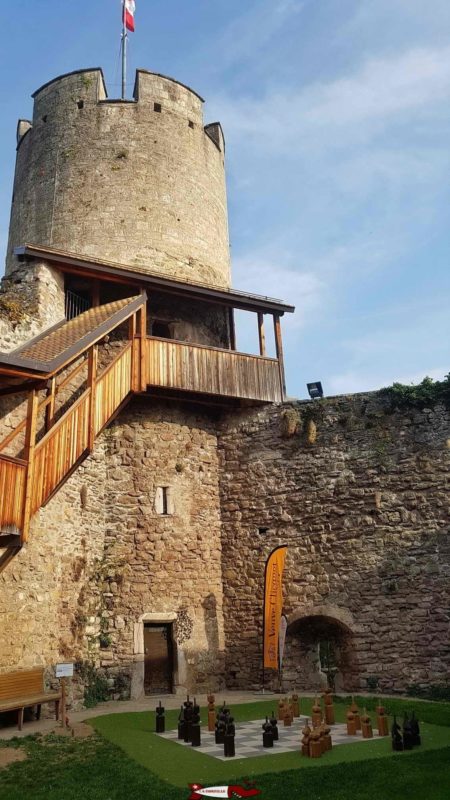 The “joker” bistro is located on the ground floor of a building in the castle grounds and in good weather pleasant tables are set up in the courtyard.

The visitable tower of la Tour-de-Peilz castle and the tables of the “joker” bistro. 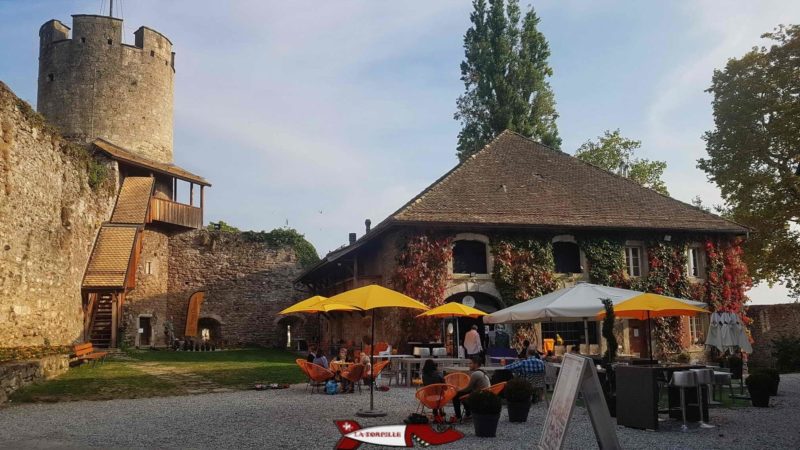 In the immediate vicinity of the castle there is a beautiful playground for children from about 2 to 7 years old.

The playground next to the castle. 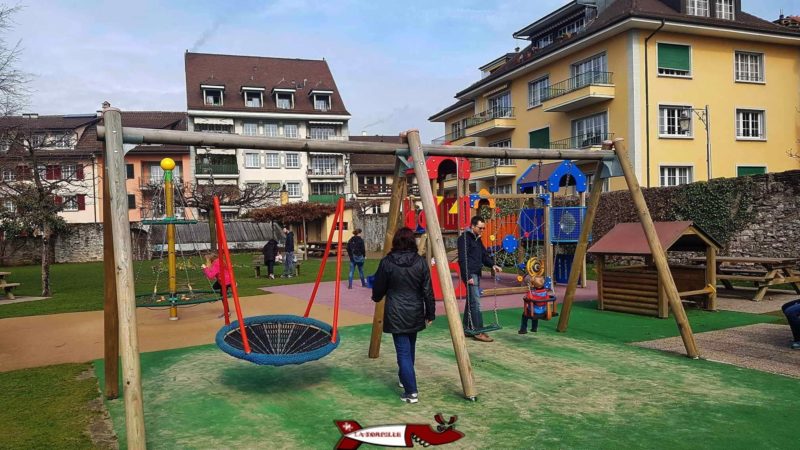 A drone video on the castle of la Tour-de-Peilz.

Webcam from the harbour of la Tour-de-Peilz.