The Trient gorges, near Martigny in Valais, are among the deepest in Europe. They were formed by the river Trient, which rises from the Trient glacier at an altitude of over 2600 metres. The river receives water from the “Nant Noir”, the “Eau Noire” from neighbouring France, the “Besson” and finally the “Triège”.

The footbridges of the Trient gorges.

17km after its source, the Trient flows into the Rhône in the commune of Vernayaz at 456 metres. Shortly before flowing into the Rhone valley, the Trient traces impressive gorges almost 200 metres deep, which are called Trient Gorges.

The Trient glacier at the top right of the picture. 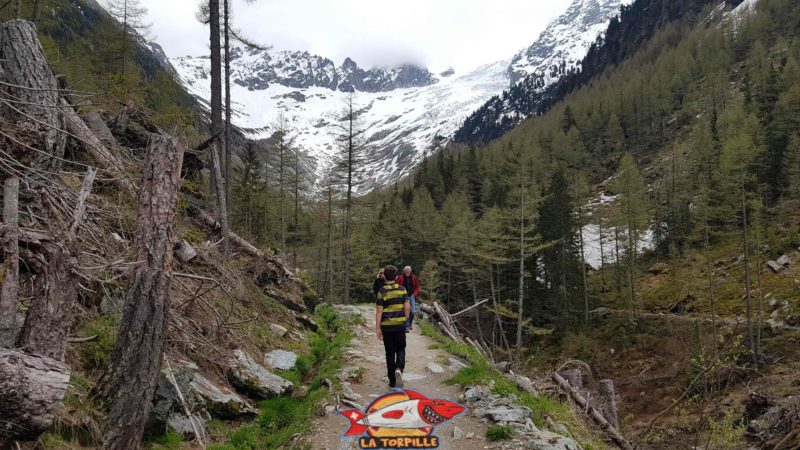 Small gravel car park available along the cantonal road between the river Le Trient and the florist’s building “Design floral”.

Access to the Trient Gorges is via the sympathetic “Design floral” florist who acts as a ticket office. At the same place, toilets are available.

The florist with the car park.

You then pass under the tracks of the Martigny-Chamonix railway to reach the beginning of the gorges. One circulates on horizontal wooden footbridges hung on the rock face of a length of approximately 200 meters one way and the return is done by the same way.

The tunnel under the Mont-Blanc Express railway tracks.

The structure for public use is particularly old, dating from 1870. It takes 20 minutes to make the way round trip. At the end of the outward journey, you can see 2 bridges at a height of 187 metres crossing the Trient gorges. One bridge was built in 1934 and was the highest in Europe until 1963, the Gueuroz Bridge. In 1994, a second bridge was built in parallel for road traffic, the first bridge now being used for pedestrians.

The rocky walls of the Trient Gorges.

The 2 Gueuroz bridges linking Martigny to the Marécottes, photo from the Trient gorges.

Part of the Trient water is collected at the village of Trient near its source and is fed into the Esserts basin, which forms part of the hydroelectric infrastructure of the Emosson dam. Shortly afterwards it forms the Mysterious Gorges.

The water collector on the river Trient. 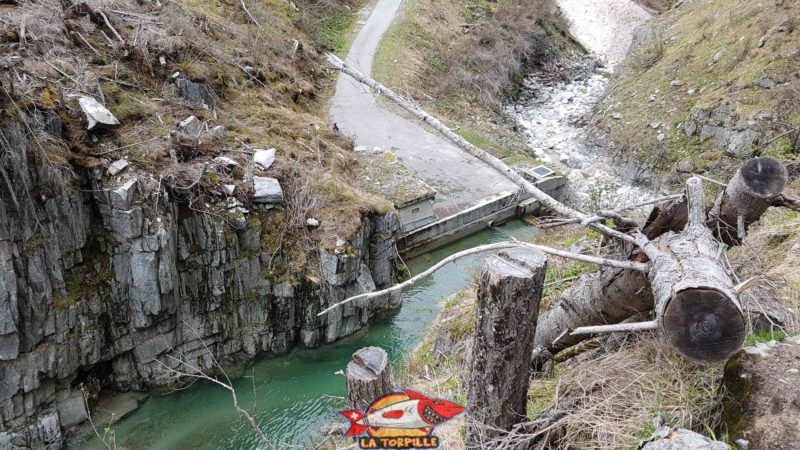 Also noteworthy is the bisse du Trient, about 3.5 km long and built at the end of the 19th century, which brought part of the Trient’s water also near its source to the Col de la Forclaz to irrigate the meadows of the Combe valley. Abandoned in 1970, it was restored in 1986 and put into water during the summer.

The path of the Trient bisse. 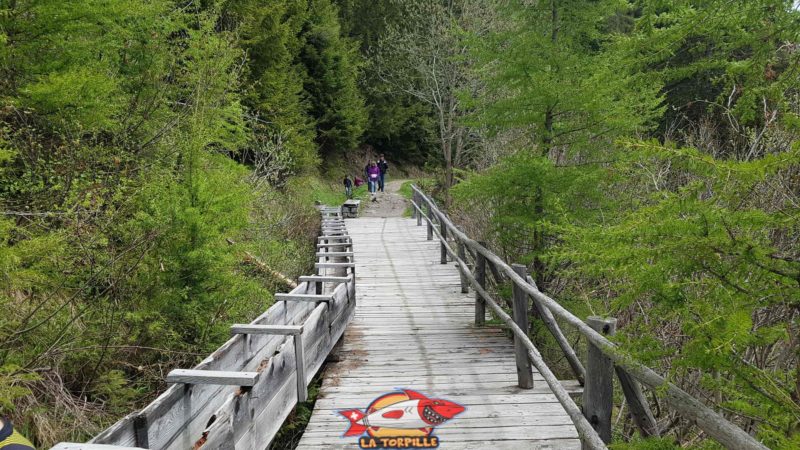 A visit to the Trient Gorges, already dating back to the 19th century, is well worth the detour because of their impressive depths and the bridges over the river along the rock face. As the tour lasts less than 30 minutes, this visit can be made during a passage in the vicinity of Martigny. Educational panels are present all along the path which is well laid out with barriers and metal protection nets against rock falls.

The footbridge of the Trient gorges and the protective net.

A didactic panel along the route.

The Trient Gorges have the following particularities compared to other gorges in the Trient region: Triège, Dailley and Mysterious gorges. 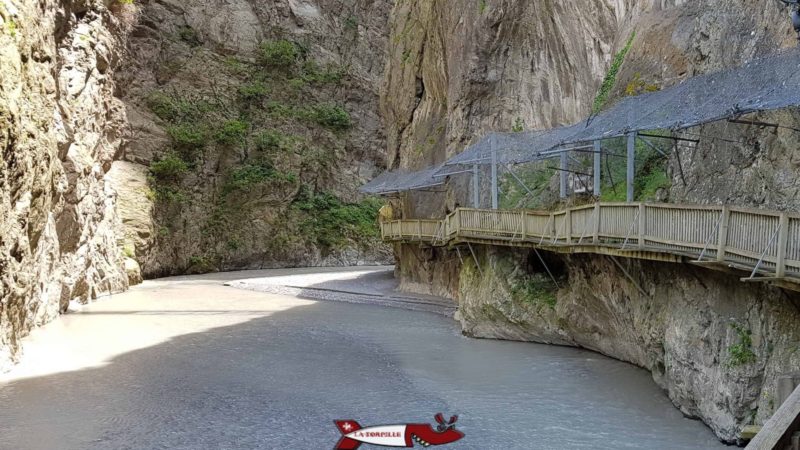 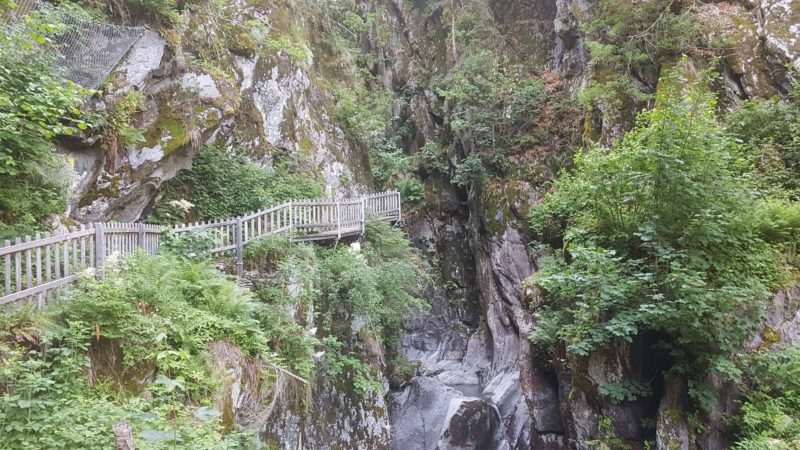 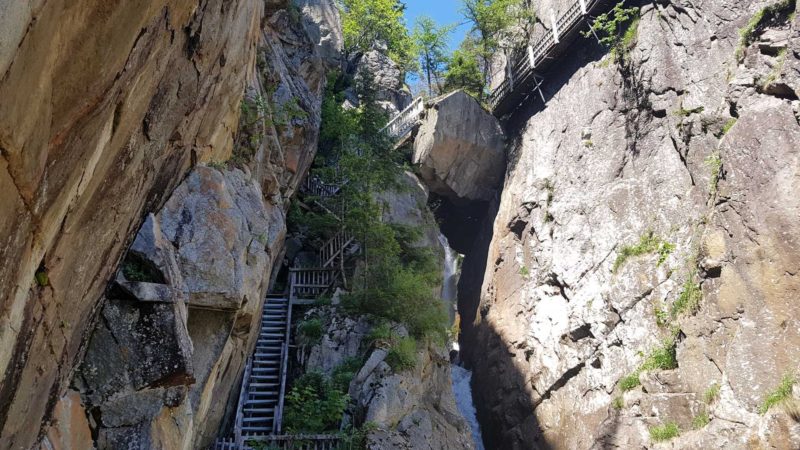 A video on the Trient Gorges.

Webcam from the Vernayaz village.