The Tsanpé and Déjore bisses in Savièse above Sion are two bisses that you can walk in the form of a 4.5 km loop for about 1 hour and 30 minutes.

The ascent of the Tsanpé bisse. 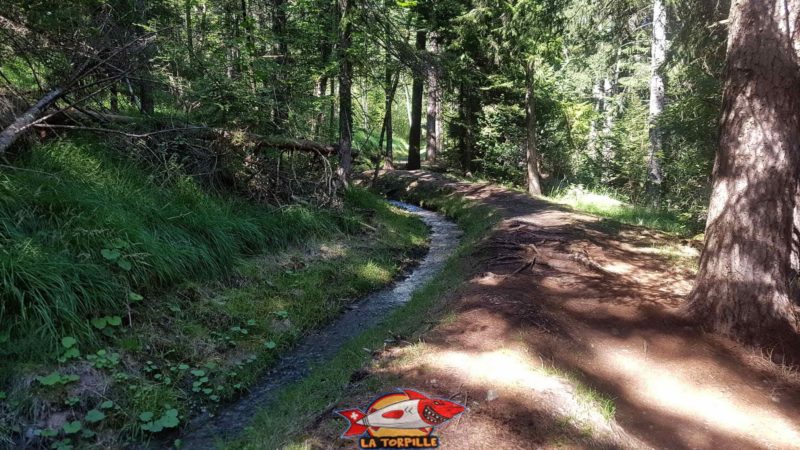 The car park on the edge of the Etang des Rochés.

The car park, the starting point of the walk. 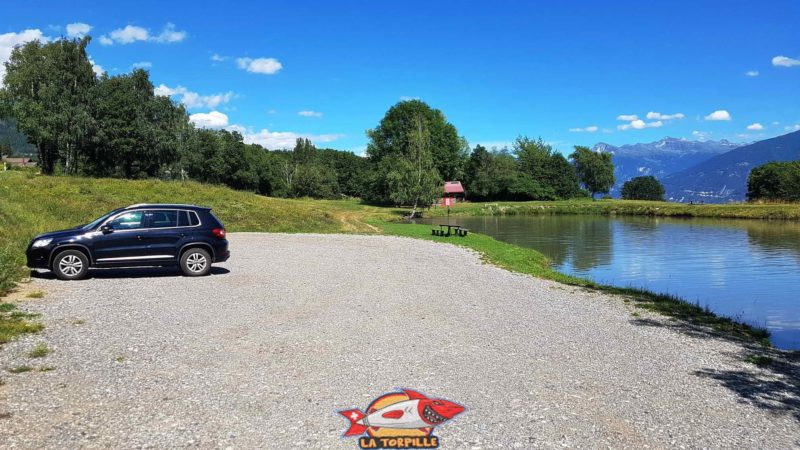 The route consists of a 4.5 km loop. It should be noted that the path unfortunately only follows the bisses in the forest on about 1/3 of the loop.

The route starts at the parking lot of the Etang des Rochés by a paved road. First, follow the blue signs towards the Tsanpé bisse, which you can walk along for part of the way up the river.

The beginning of the journey. 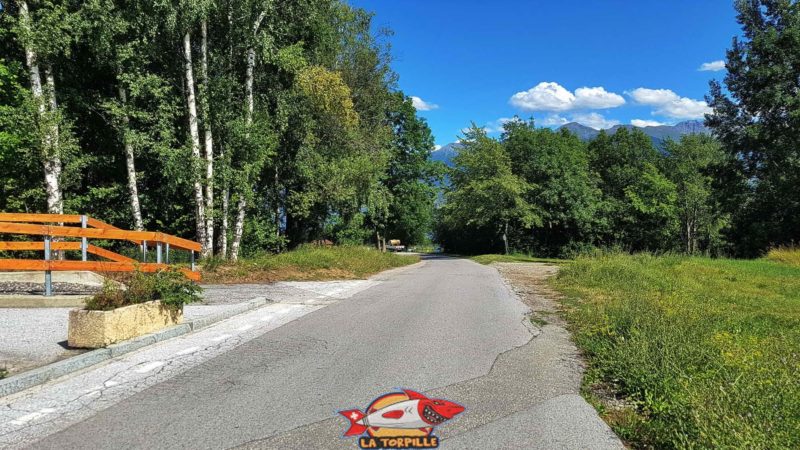 The ascent of the Tsanpé’s bisse. The bisse takes its water, like the bisse du Déjore, in the Sionne river. 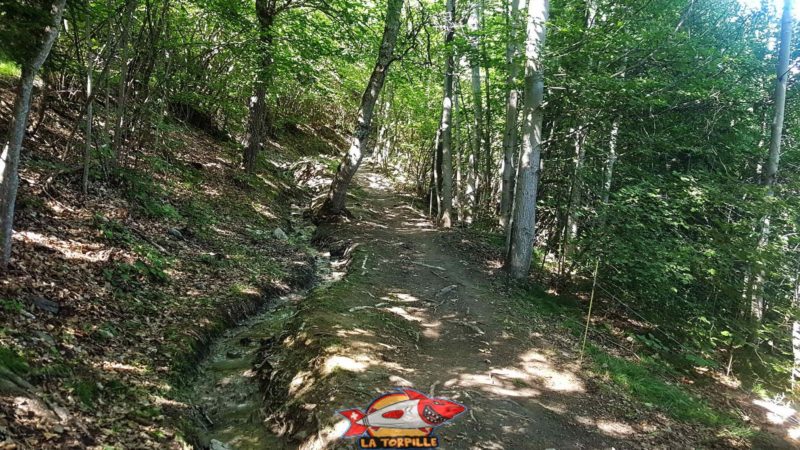 A steeply sloping path then leads to the Déjoré bisse by following the signposts.

The stony path on a steep slope. The path runs along part of the Déjore bisse in the forest for a few hundred metres up to a paved road. It is then no longer possible to follow the bisse that flows into private homes. It is therefore necessary to follow the paved road towards the Etang des Rochés to complete the loop.

The bisse of Déjore bordered by tall trees. 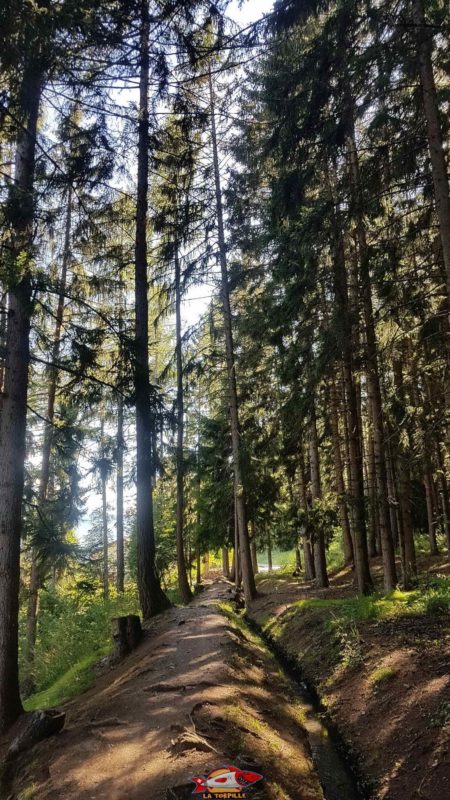 The asphalt road in an area of houses on the heights of Savièse that leads to the starting point. 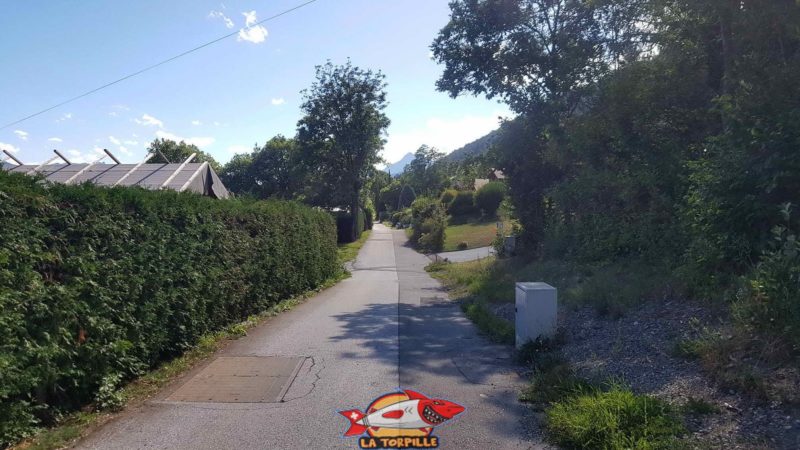 Before going back down to the Etang des Rochés, we come across the end of the famous Torrent-Neuf bisse which, like the Tsanpé and Déjore bisses, used to supply water to the upper Savièse. 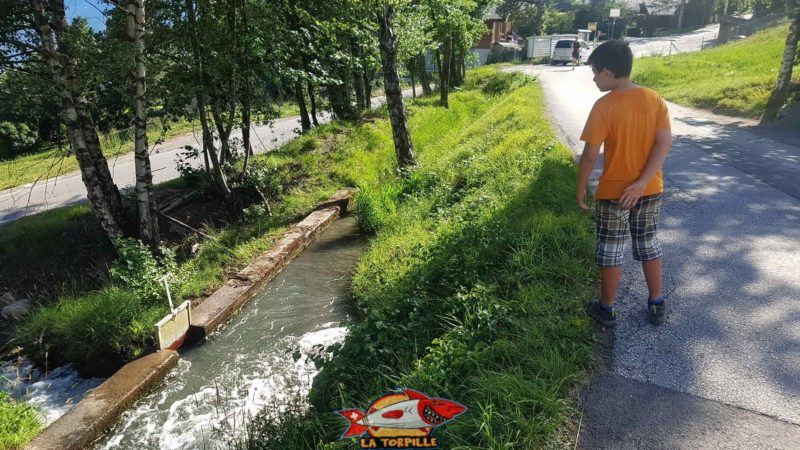 The “étang des Rochés” (pond of the Rocks) is a pretty pond at the beginning of the route and from where you can enjoy a view of the southern slope of the Rhône valley. It has the advantage of offering a very nice picnic area with a table under a cutlery and a barbecue. 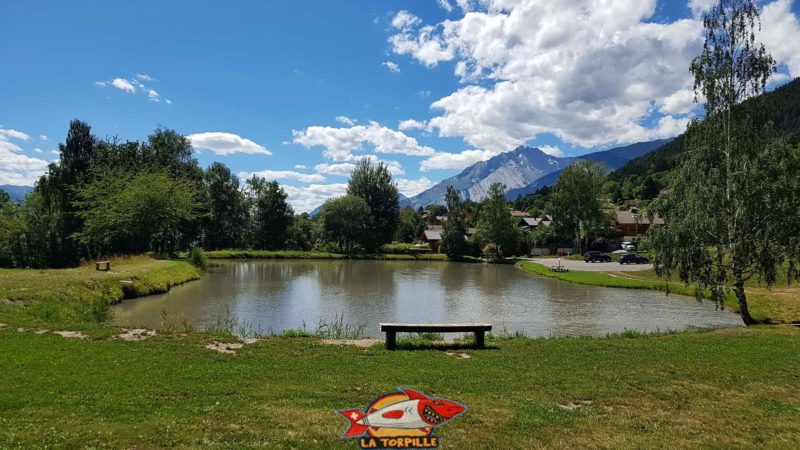 The table and barbecue place. 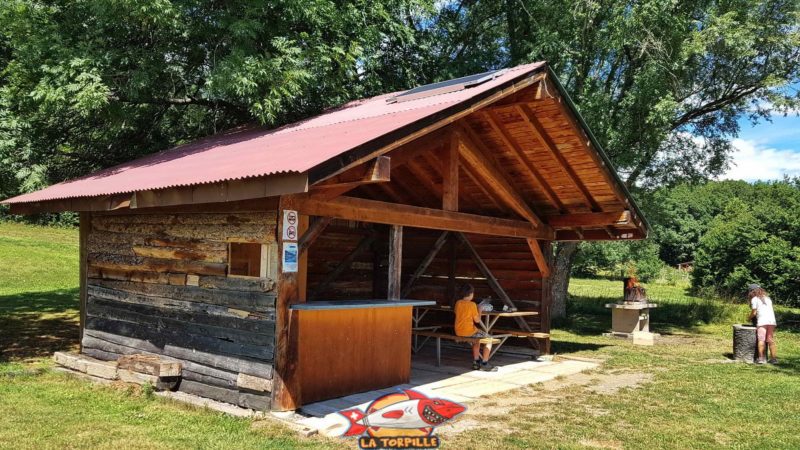 The view on the southern slope of the Rhône valley above Sion from the Etang des Rochés. You can see the Val d’Hérens with the Dent Blanche covered with snow on the left of the “gap”. It is the highest mountain in French-speaking Switzerland. 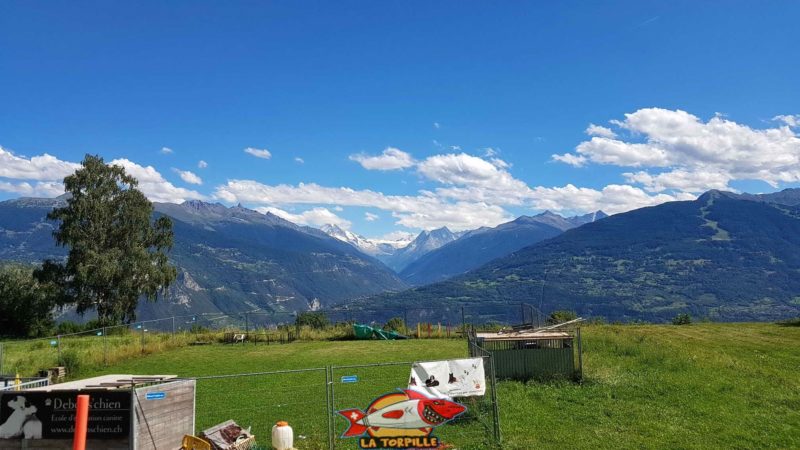 Savièse is known for its Torrent-Neuf or Savièse bisse, which is one of the most beautiful bisses in French-speaking Switzerland with its 4 suspended walkways and rocky walls.

A video on the route of the Tsanpé and Déjore bisses.