The sled run of Les Rousses is located 10 kilometres from Anzère near the Tseuzier dam in the Anzère ski area. It is a beautiful track that offers a fast glide halfway off snowy roads. It offers a splendid view of the southern slopes of the Valaisan Alps.

Magnificent view of the Valaisan Alps from the top of the sled run. 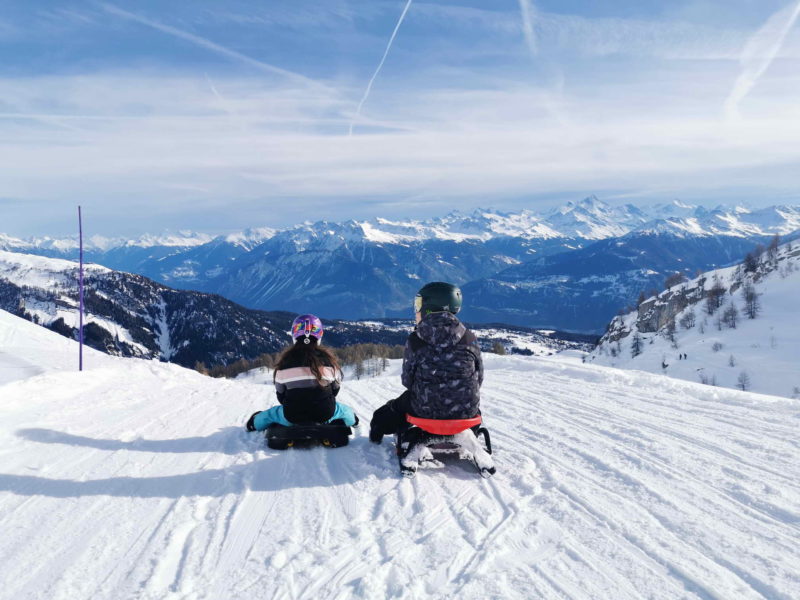 Free parking right next to the departure of the Les Rousses chairlift. Be careful, the chairlift is about 10 km from Anzère. From Sion, follow Anzère, then “barrage de Tseuzier”.

The car park below the departure of the chairlift. 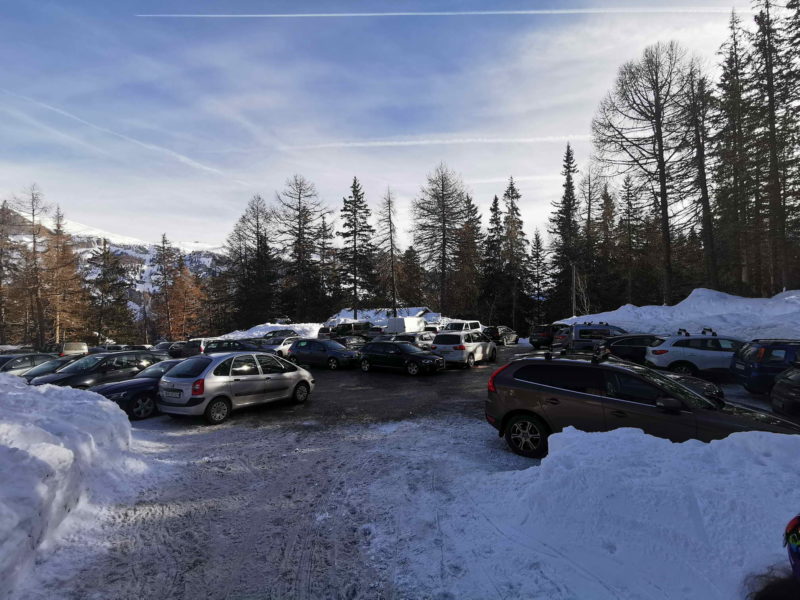 The prices for Les Rousses 3-seater chairlift are as follows in francs: (1 ascent /½ day/1 day)

The cash desk is located at the start of the chairlift and sledges can be rented there.

The track map of the Anzère ski resort with Les Rousses on the right. You can see on this drawing the significant distance between Les Rousses and Anzère.

Drawing of the course

A 3-seater chairlift links Les Rousses car park at 1770 m to the Bâte mountain. You have to exit at the intermediate stop at 2250 m. 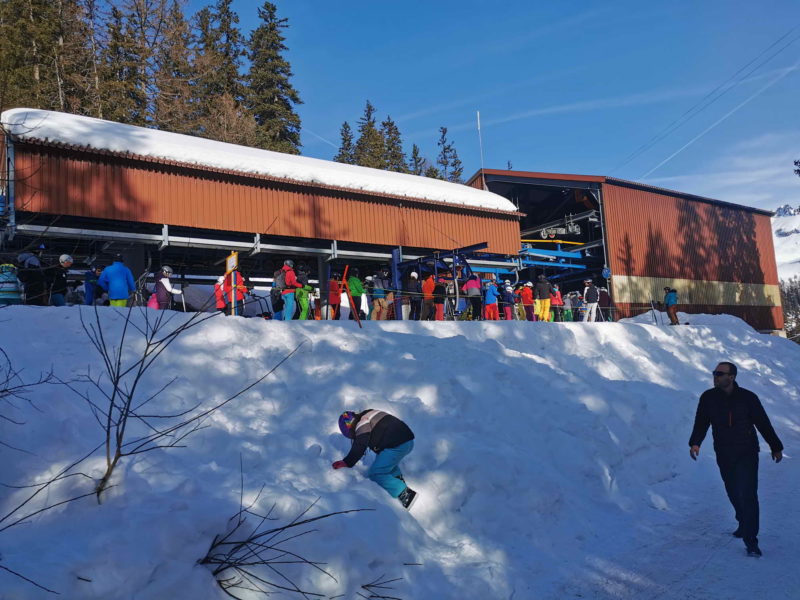 All along the sled run as well as during the chairlift ascent, a magnificent panorama is offered to the sledder.

The north side of the Rhône valley. 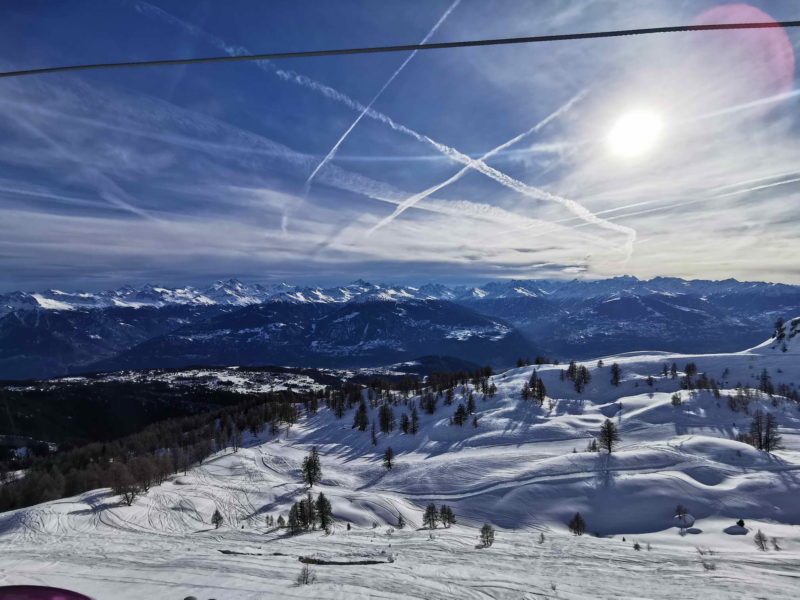 The sledges are hooked and unhooked on the chairlifts by the staff.

A sledge attached to the chairlift. 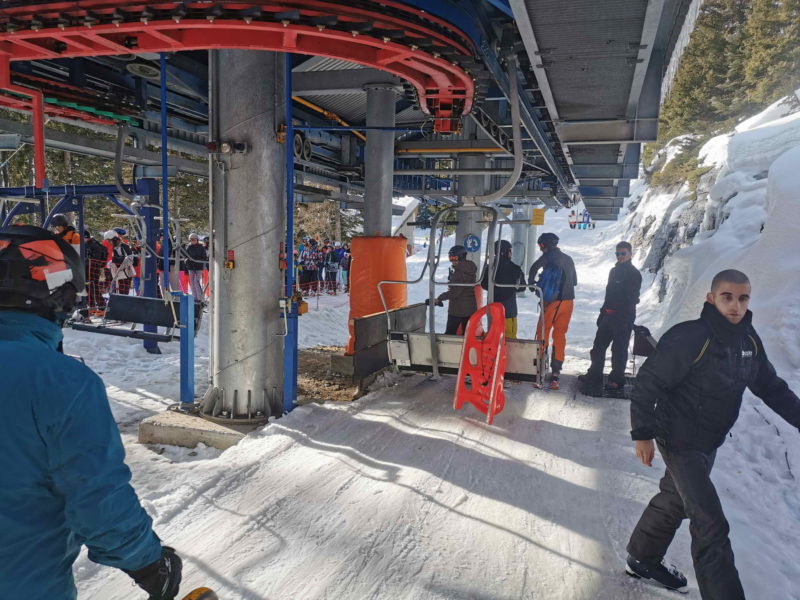 The Anzère toboggan run starts at the intermediate station of the Les Rousses chairlift. You will have to be careful to get off the chairlift quickly at this point.

The start of the toboggan run. 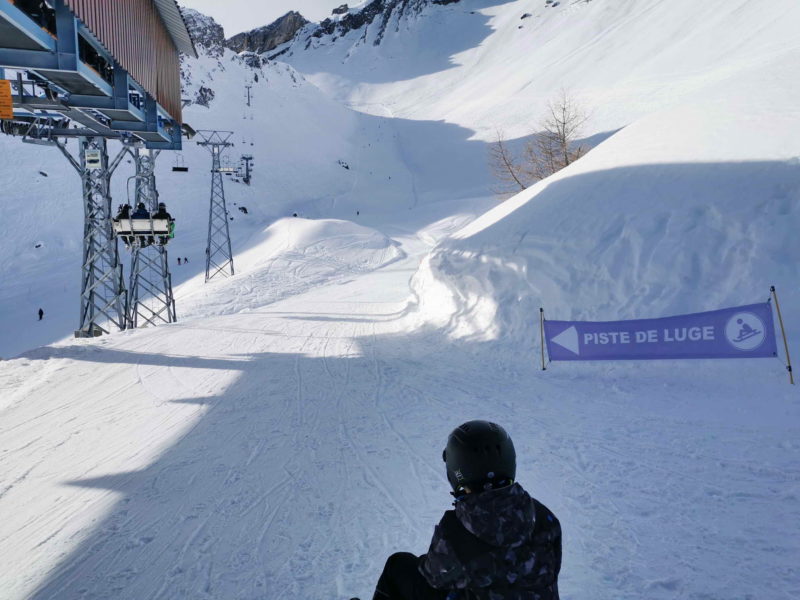 It is almost never necessary to pull your toboggan along the whole run, half of which is on snow-covered roads and the other half on paths reserved for sledders.

A purple sign indicates the direction of the run. 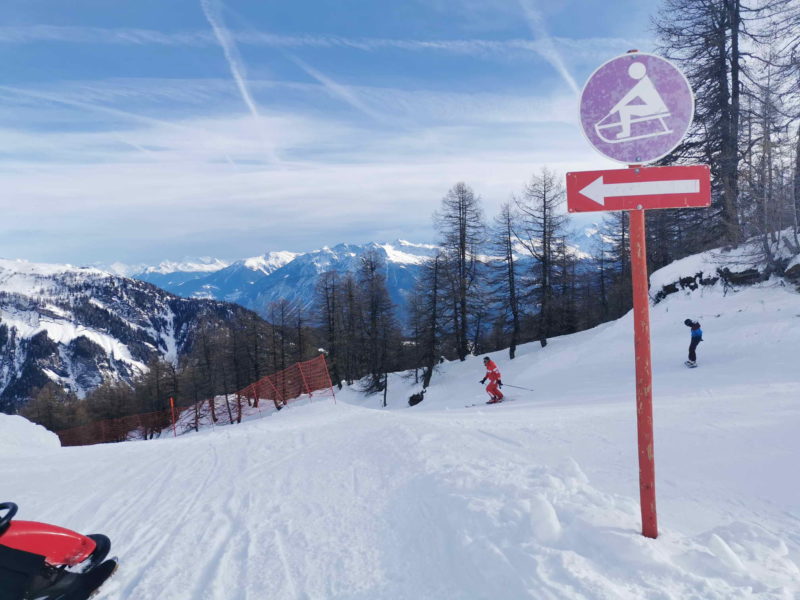 The Anzère sled run is the one with the steepest average slope (16%) and therefore offers excellent sliding without being dangerous. However, you should still be careful on sharp bends.

A portion of the track near the start. 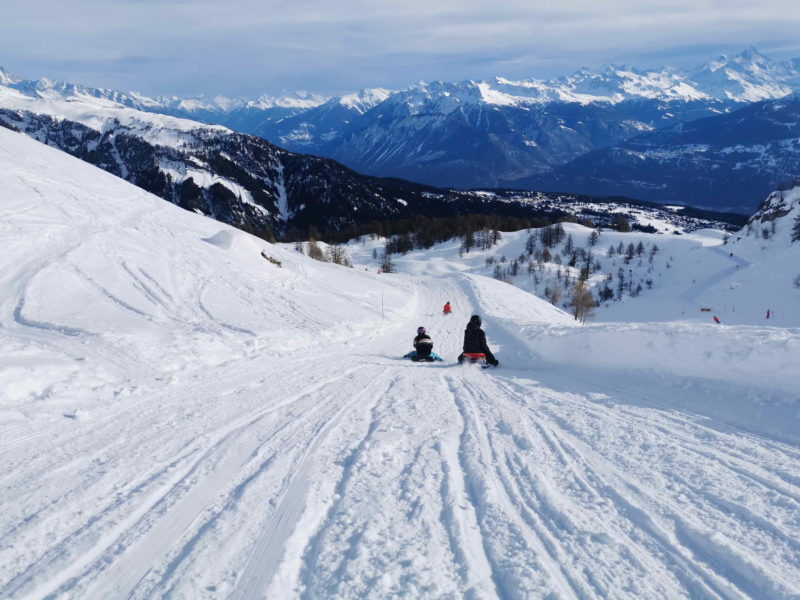 The end part in the forest on a snowy road. 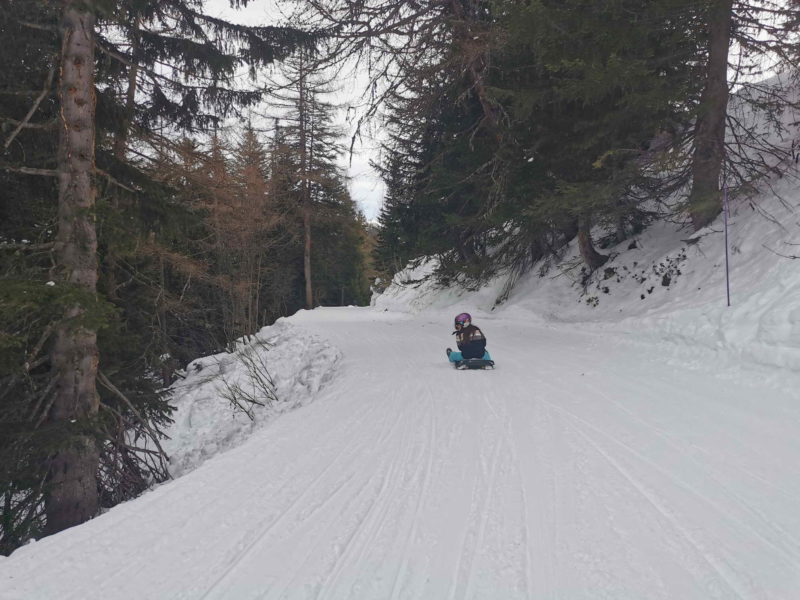 The arrival at the refreshment bar of Les Rousses next to the departure of the chairlift. It is possible to grill your own meat bought on the spot.

The restaurant of Les Rousses. 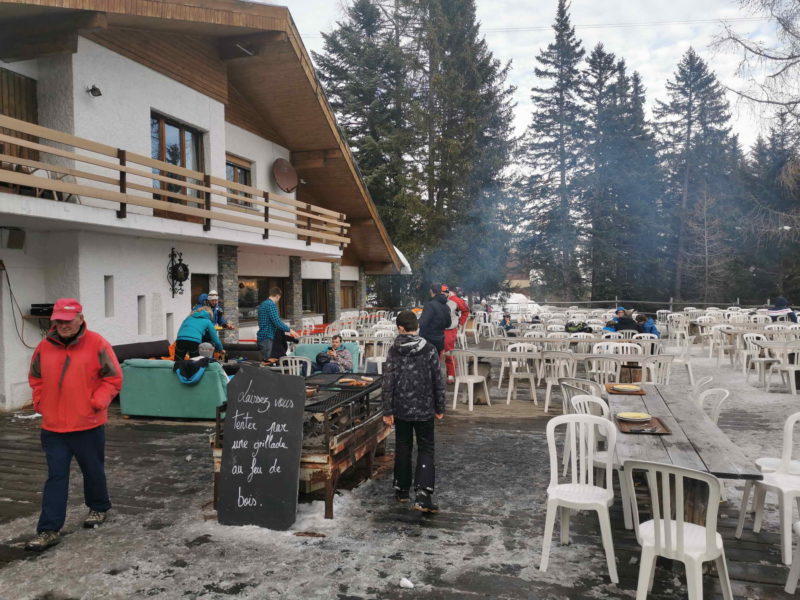 After the sled run in Les Rousses, you can enjoy the thermal baths in the village of Anzère.

The outdoor pool of the thermal baths of Anzère with the Weisshorn in the background. 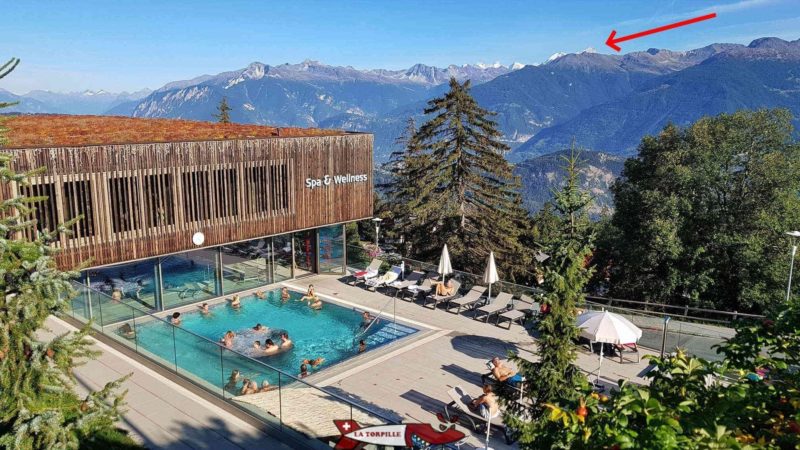 A video on the descent of the Anzère runway.