👁️ The 9 Most Beautiful Views of Western Switzerland in 2020

👁️ The 9 Most Beautiful Views of French-speaking Switzerland

Most beautiful views of French-speaking Switzerland

French-speaking Switzerland offers very beautiful landscapes that can be enjoyed during an activity thanks to the Alps and the Lake Geneva basin.

La Torpille’s attractions are classified into four categories at the sight level. As soon as a star is present, the view is already pleasant.

La Torpille shows here only the most beautiful views, i. e. the views with three stars. It should be noted that there are other magnificent views in French-speaking Switzerland but they are not linked to a specific activity and are therefore not included in the list below.

The Chaumont concrete tower allows you to find yourself above the treetops and enjoy an extraordinary 180-degree panoramic view of the entire Alpine range. An impressive number of peaks at more than 4,000 metres are visible, starting with the most famous ones such as Mont-Blanc, the Matterhorn and the Eiger.

The panorama tower is accessible by funicular from the lake or directly by car.

The concrete tower with the funicular terminal station. 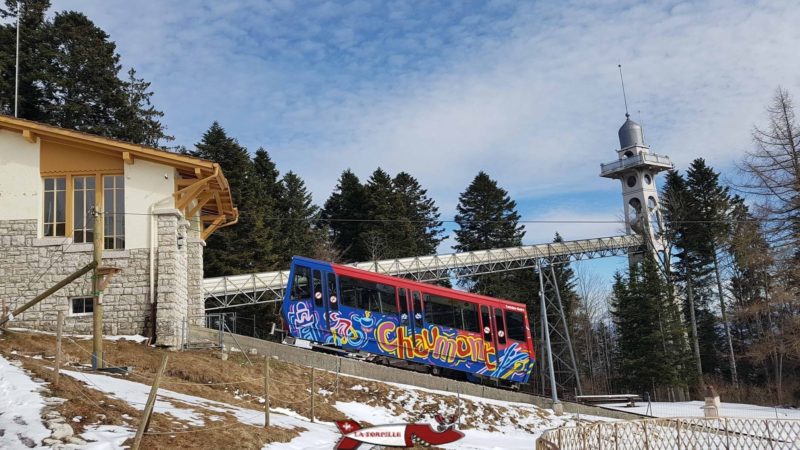 The view from the Chaumont tower. 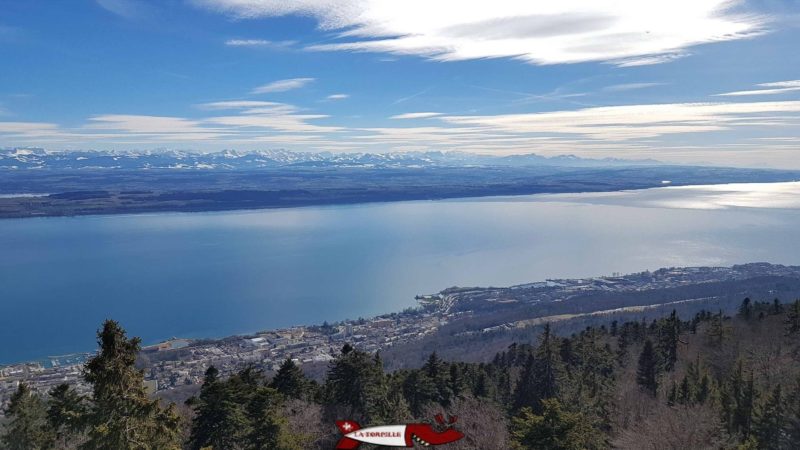 A drone video on the Chaumont tower.

Access to the Mont-Gibloux antenna’s panoramic terrace is free of charge and is done by a collimated staircase along the concrete mast. You can then enjoy a 360-degree view of the Swiss plateau and the pre-alps. The terrace is closed in winter.

The tower is accessible by foot in 45 minutes from the car park. 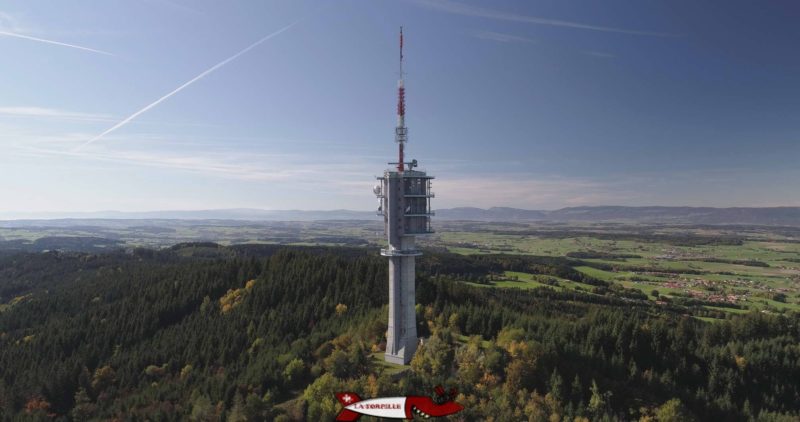 The view of Lake Gruyère from the panoramic terrace of the Mont-Gibloux antenna. 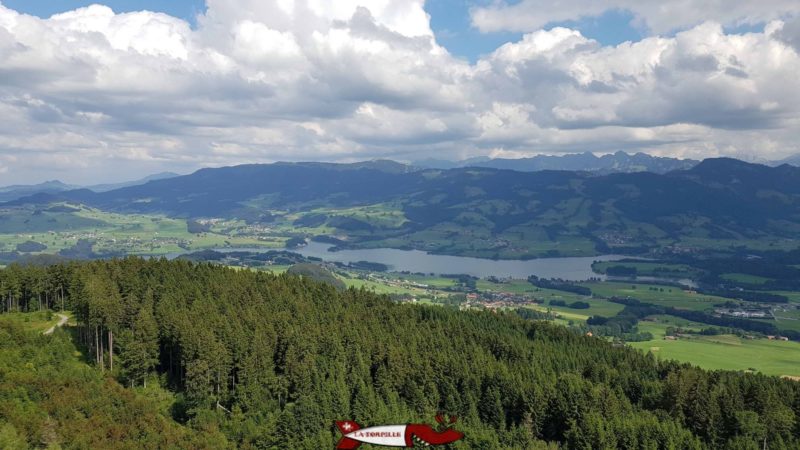 A drone video on the Mont-Gibloux tower.

At an altitude of nearly 3,000 metres, the summit of the Scex Rouge offers, after crossing the “Peak Walk” suspended footbridge, a magnificent 360-degree view in the heart of the Alps.

Glacier 3000 is accessible by two cable cars from the Col du Pillon. 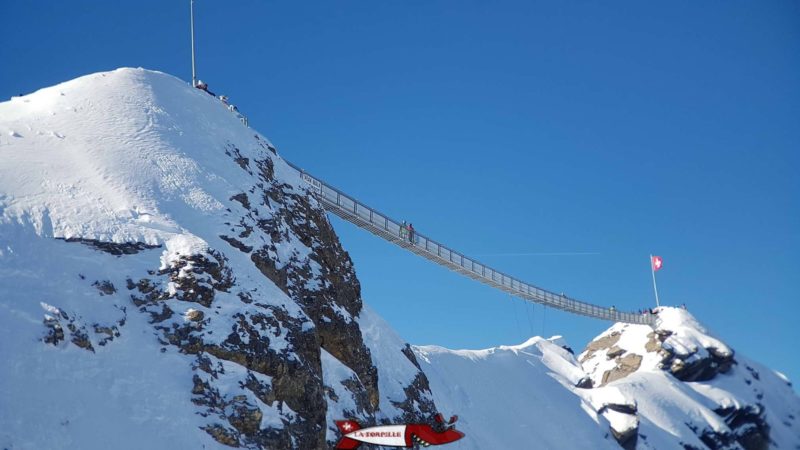 The view of the Diablerets glacier and the Valais Alps from “Peak-Walk”. 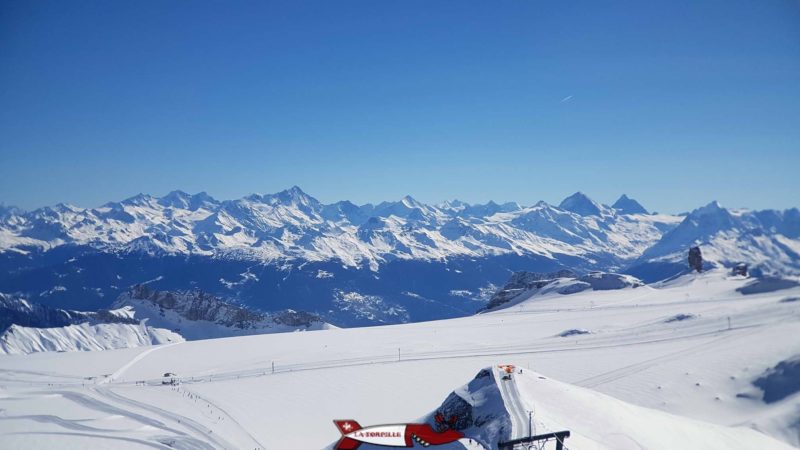 Moléson is the mythical mountain of Gruyère in the pre-Alps of Fribourg. You can enjoy a magnificent 360-degree view.

The summit of Moléson is accessible by foot or by cable car.

The panoramic terrace with a view of the Gruyère region with the lake and the town of Bulle. 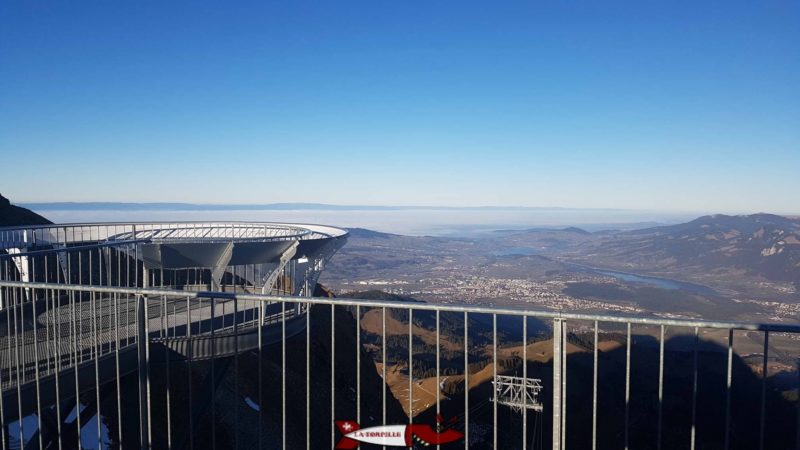 A video at the top of the Moléson.

The summit of Les Rochers-de-Naye, which can be reached in 15 minutes from the rack railway station, offers a magnificent 360-degree view of the Alps and the pre-alps. The place offers an unusual view of the Lake Geneva basin with a position almost from the end of the lake.

The summit of Les Rochers-de-Naye with the arrival station of the cogwheel train from Montreux, Mongolian yurts, Marmottes Paradise enclosures, winter lifts and the broadcasting antenna. 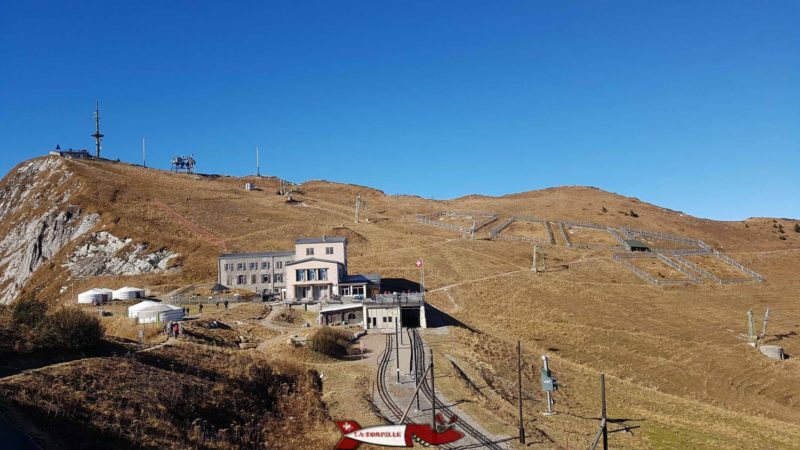 The sea of fog from the summit of Rochers-de-Naye.

A video about the Rochers de Naye.

The little train of Emosson is the second of the three Verticalp attractions, the visitor can enjoy an extraordinary view of the Mont-Blanc massif.

Departure from Verticalp accessible by car or by Mont-Blanc Express train.

The three Verticalp lifts linking Châtelard-Frontière to the Emosson dam.

The view of the Mont-Blanc massif from the little train. 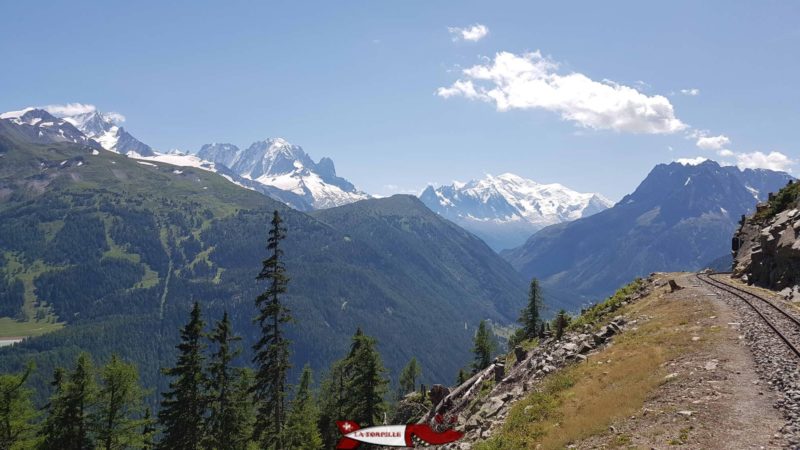 A promotional video on Verticalp.

Winter sled and accrobranche in Vercorin

Shortly after the intermediate stop of Sigourelaz of the Crêt du Midi cable car, at the level of the stable transformed into a refreshment bar, a very nice view over the Valaisan Alps at the north of the Rhône Valley and the east of the Val d’Anniviers can be enjoyed. 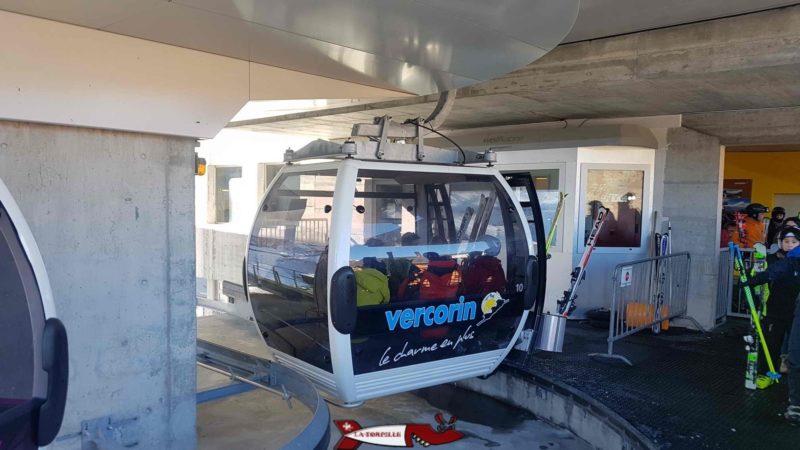 The view from the Sigourelaz stop.

A drone video on Vercorin.

The Geneva’s Jet d’Eau is the symbol of the city since the end of the 19th century. It is located in the magnificent bay of Geneva (rade de Genève), along which you will not miss a walk during the day or in the evening. You will also enjoy the view of the French mountains surrounding Geneva as well as the old town with the cathedral.

The Jet d’Eau from the “Eaux Vives” pier. 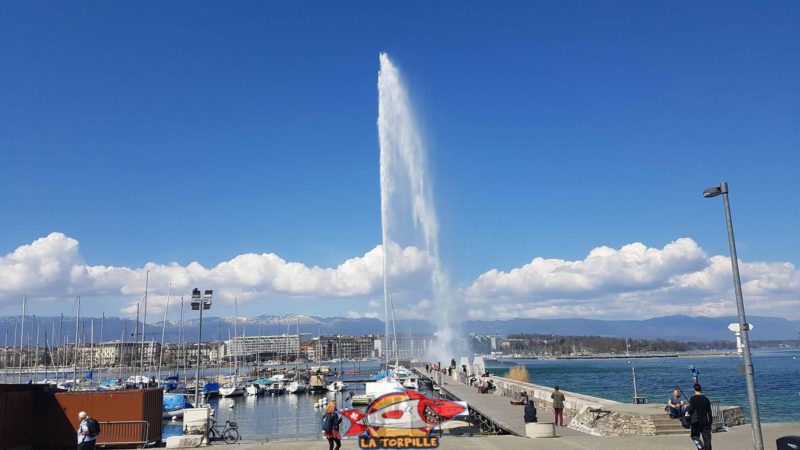 The bay of Geneva from the Jet d’eau. The Rhone River comes out of Lake Geneva at this point. 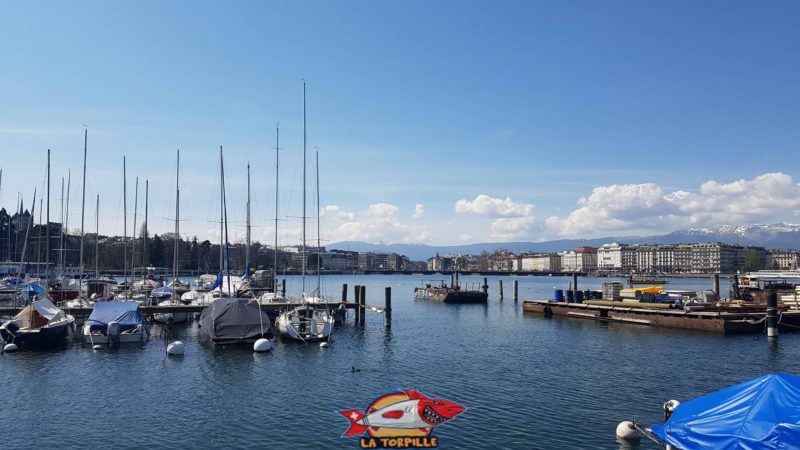 Magnificent view of the bay and the Jet d’Eau illuminated in the colors of France following the attacks of October 2015 in Paris. Photo Flickr “Brigitte Djajasasmita”.

A drone video on the Geneva’s Jet d’eau.

The Olympic Museum is located on the shores of Lake Geneva. The visitor will not fail to walk along the quays of Ouchy and enjoy the beautiful view of the lake and the French Alps.

The view of Lake Geneva from the terrace of the Olympic Museum. 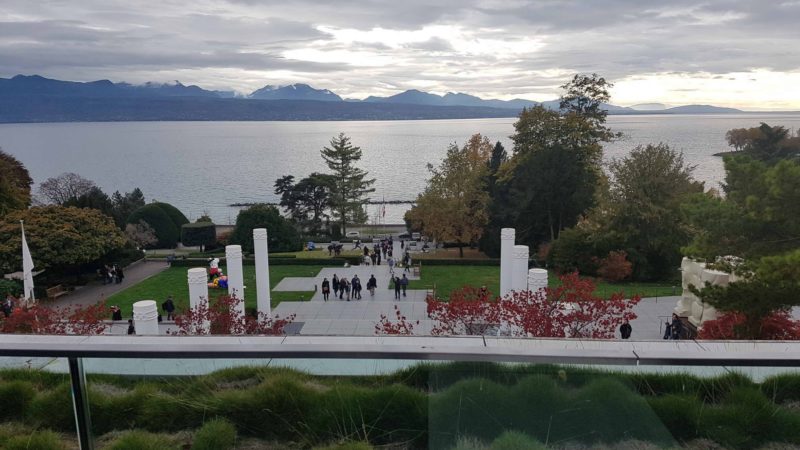 A video about the Olympic Museum.

To find the locations of activities with a nice view, click on the links below::